Just to prove I'm not dead

At least not yet.

But I do seem to have abandoned blogging for the most part.   Just spending a little more time in the real world -- not that any of you are not real!  More time with grandchildren and also getting out with the camera a bit more and trying to learn something about High Dynamic Range photography.  But not getting very good results yet.

I do miss reading blogs and I do miss so many of you.

I've also been spending more time in the woods behind our house. 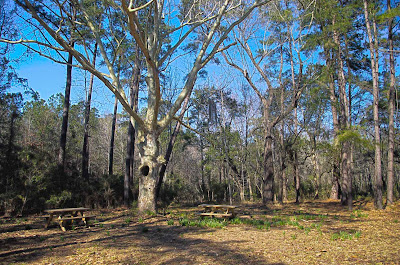 I discovered last October,  that it is a lush battleground between vines and trees. It has been urging me to experiment with a photo series that I think of as "The Codependency of Vines and Trees."

Ah...codependency...so many blogs could be written about that.

I'm not getting the images that I see in my mind yet but I'll post a few.  There are some things that don't convert well from idea to image.  Vines on trees may be one of those subjects.  Too busy!  Too messy.  But I guess that's also true of codependency. 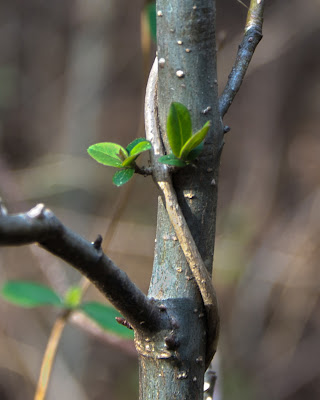 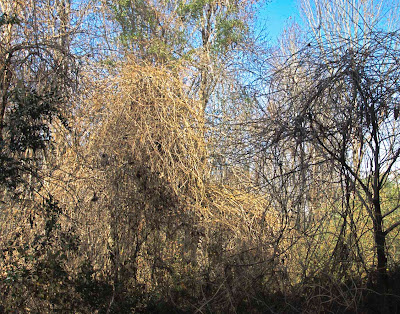 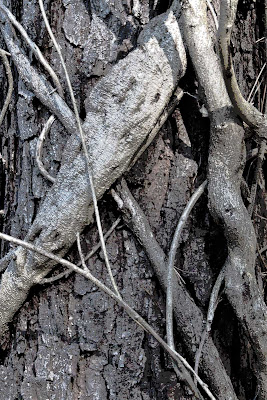 Bagman and Butler aren't here right now but they send their regards.
BAGMAN: "WE ARE TOO HERE!  WHY ARE YOU SHUTTING US UP!!!"
BUTLER: "Easy does it, Baggie.  He just doesn't want to put in the extra time and energy to let us dialogue."
BAGMAN: "Lazy bugger."
﻿
Posted by Bagman and Butler at 12:54 PM 254 comments: