Hearing ’s footsteps close on his heels, the soulful Bagman yanks open the front door and runs into the street. His long tattered leather coat, like an old Western sheriff, billows behind him. The air is fresh and wonderful although it smells a bit like bus exhaust. All around him, people are walking compulsively. A few are hurrying to their jobs; the majority are running from unemployment.

“Bagman! Stop!” screams from the landing to the cavernous, skull-like abode. “Why do you want to go out?”

“Why do you want to stay in?” answers Bagman.

“Exactly,” says Bagman, reaching down and untying one shoelace.

“Come on, brother,” pleads . “We can start a new collection of things. Maybe of all the books we’ve read. Or music. Or we can work on updating our coin collection, or sort our photographs of all the different animals we’ve seen in the back yard. Remember the alligator! You like collecting. All the places we’ve lived, quotes we like, famous people we’ve met…” 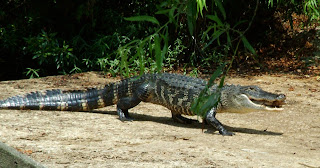 “Remember the time you were kissed on the cheek by Sophia Loren?”

That memory actually does get Bagman’s attention and smiles to himself and adjusts his pants. “Well, I did kind of like the time we started to make a list of all the women we…er…were friends with.” Then Bagman’s eyes grow dark. “If I remember, my manicured friend, you threw that list away when I wasn’t looking.”

“On the best of legal advice,” responds. “You don’t want a list like that circulating around and besides the whole idea behind it is immoral and repugnant.”

“Exactly!” grins Bagman. “The only reason I agreed to do it as a compromise. Collecting, organizing, logging, documenting…blah blah…all that stuff you do is musty, dead, boring, and sucks you back into time. We’re alive now! 62 freaking years old, but still alive! You’re never going to organize our entire life into some neat set of index cards. Come out with me, instead, and let’s eat, drink, and make Mary!”

“It’s merry, you moron! And besides even you don’t drink anymore since it almost killed you!”

Bagman had to stop and think about that for a minute. When they had first started going to A.A. together back in the 70’s, Bagman had thought his life was over. But there was passion after booze. He had to acknowledge that change could be good.

While Bagman was momentarily lost in thought, screamed like a soprano Ninja and made his move. He lunged off the porch and grabbed Bagman by the tail of his long, soiled leather coat. “Aha! Gotcha! Now you’re coming back inside with me!”

Bagman roars like a furnace, struggles for a moment, then turns his head to face his fuddy duddy foe, forehead florid and flushed. He grins madly and quickly unbuttons the front of his coat. People hurrying by notice the struggle but not with any real interest. “Let go of my coat or I’ll just slip out of it. And I’m sure you know what that means…”

“That you’re not wearing anything under your coat. I should have expected that of you.”

Posted by Bagman and Butler at 6:57 AM