Prior to putting this blog together, Bagman, Butler, and I stopped our usual banter and stood in a small circle for a moment of silence in memory of Barry Frasier.  At the end of that time, I rang a small bell.  He will be greatly missed around the world.
Then, because he would probably be irritated if we stayed out of character too long, we got to work on the Friday shootout.  And when I wasn't looking, Bagman hit me on the back of the head with a wadded up piece of paper. 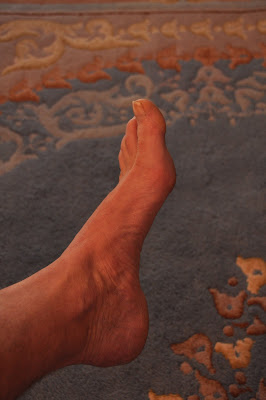 On the wadded up piece of paper was a poem I had written five or six years ago that seemed appropriate for today's shootout:
On Feet

Empirical feet measure progress
with steel-toed shoes and sensible soles,
plodding and dragging heels in the center
of sidewalks, crossing at lights,
to the courthouse where they stand parallel
and exactly six inches apart, to edit
typos in prosecutorial briefs.
Faithful feet go bare, slam-dancing
on blazing coals and whirling in the smoke,
splayed or pigeon-toed, without destinations
tickling each other as courtroom doors
open around them, running on their balls
with whatever riff-raff appears.
-----------
BAGMAN:  "You're not going to use that are you?   This is a photo blog.  Although since you aren't around much any more, you might not remember that!"
BUTLER:  "Leave him alone, Baggie.  He's been busy.  Work has been frustrating and he doesn't want to sound negative about work because you never if somebody from his job might be reading it..."
BAGMAN:  "Bull Dookey!   Nobody from his stupid job is reading his stupid blog!  And you know why I know?   Because he ain't freaking writing his precious blog!!!"
BUTLER:  "Of course.  His point exactly."
Actually it wasn't my point because while they are arguing I was finding some pictures of feet... 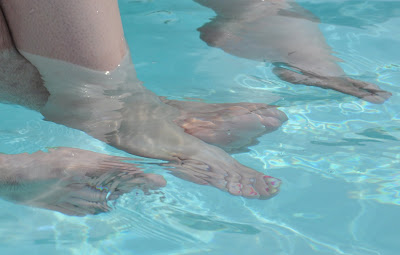 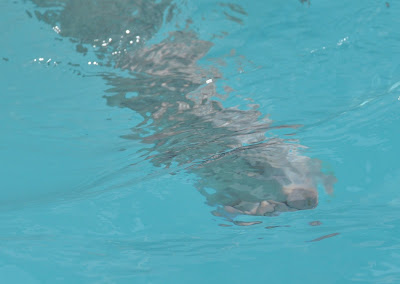 BAGMAN: "At least he didn't make any kind of comment about feeling washed up..." 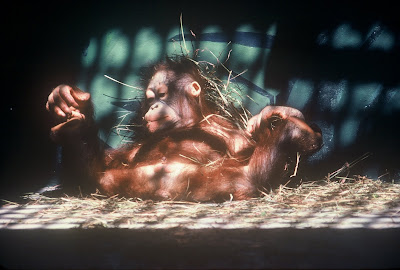 BUTLER:  "Although he can probably count the years until he retires on the toes of one foot."
BAGMAN:  "And then he'll just monkey around...oh yes, he does that alot at home already."
However, taking a positive spin on things... 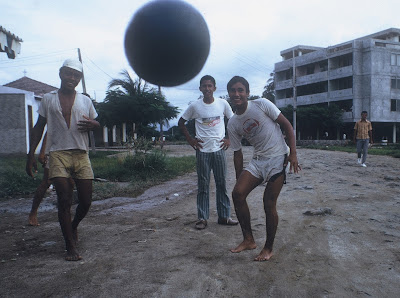 ...feet can be used to score points in the soccer game of life. 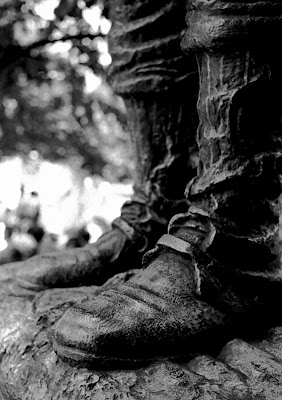 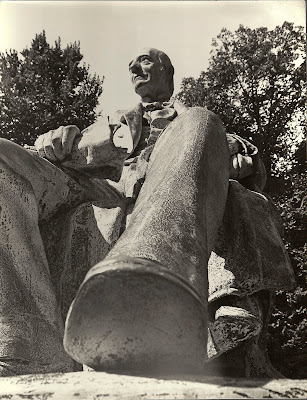 ...can give you a new perspective to face each day...
PART TWO
Up until yesterday, I thought that was the end of the blog and I didn't have any snappy ending and I was missing Barry anyway and wishing I could still make him laugh.  Who knows.  Maybe he's laughing all the time now.
But then last night, we were watching the grandchildren.  Noah is still and infant mostly eats and sleeps.  But Conner was running around and suddenly, without even knowing the theme of today's shootout, he  suddenly became obsessed with the shoes in the closet.  I didn't have much time.  I rushed up to grab the camera and started shooting.  As you will see, it is not easy to get good angles when standing in a small closet.  Or to focus.  Or to get the lighting right.
BAGMAN:  "Excuses!  Excuses!  You're just lazy and out of practice!!"
Anyhow (from Conner's point of view): 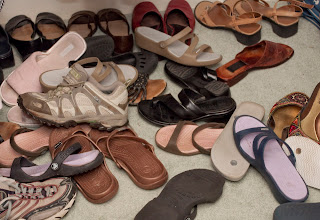 Wow! It's a shoe store on the floor!  Just for me! 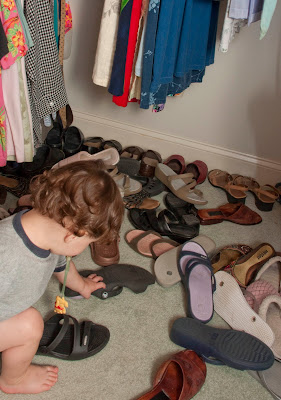 This one is kind of my style. 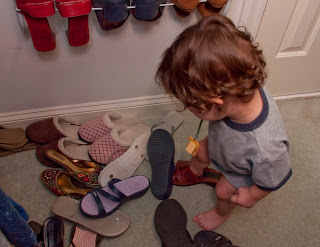 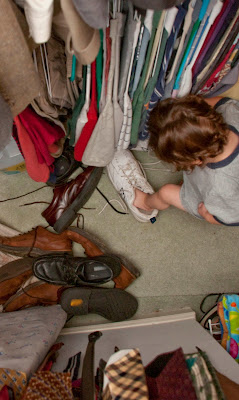 Maybe this one is a bit more masculine.
Gosh, my Diggy has big shoes to fill! 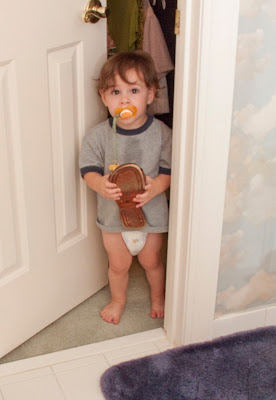 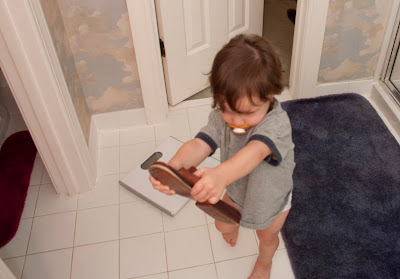 There is no caption for this last picture, only the sound of Mark quickly setting down the camera and lunging.  Because just as this picture was being snapped, Conner suddenly had a brainstorm idea, spun to the right, ran through the door to his right and threw the shoe...
...in the toilet.