No lions, tigers or tigresses...but here's my shootout for today. 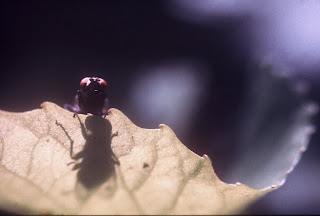 Yes, I spend a fair amount of time on my stomach, pretending that I'm very very small. Sometimes I scare myself. 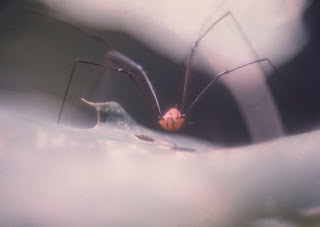 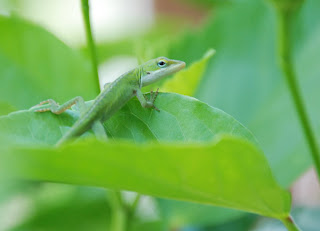 Then there was Alice. 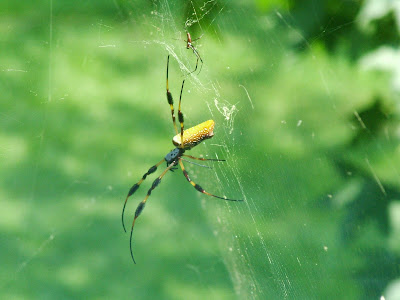 Alice appeared three years ago in a huge web she constructed between the porch and the tree which has prickly things that are a nuisance in the fall and I keep repressing its name. I first ran into her, literally, one night, flailing her web from my screaming face. But she rebuilt it in the morning and I guess forgiveness is a skill, because I argued for clemency when Karen gave me the broom of ultimate destruction. Sally and I learned to always turn to the right off the porch so we wouldn't find Alice on the bridge of my nose. I watched her for almost two months. I didn't expect her to live so long. I watched her eat (ugh), have babies (which almost convinced me the broom of destruction would have been a good idea) and...I think the above is not actually a baby but foreplay. I guess size doesn't matter for male spiders. One day, I came out and she was hanging listlessly by one leg and an equally large black round spider was moving hungrily up the web toward her. I thought to save her but she looked on her last leg anyway and I thought it might be faster and more natural to let it go. The journalist in me went to get the camera but I got distracted, or maybe I just couldn't bear to watch. Later I went out with the broom to remove the remains. Hanging on the web was the largest silken-wrapped pre-prepared spider meal corpse I had ever seen. Sitting proudly beside it was Alice! Queen of the hang by one leg and pretend I'm dead strategy. A few weeks later when she did go on to spider heaven, she did it by simply disappearing. Morning came, I walked out and even the web was gone except for a few hanging strands of silk. On to photoshoot - 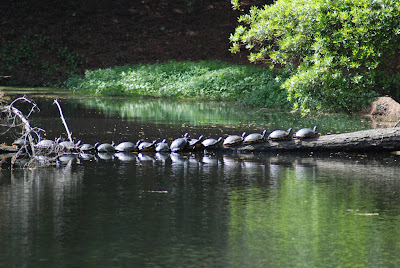 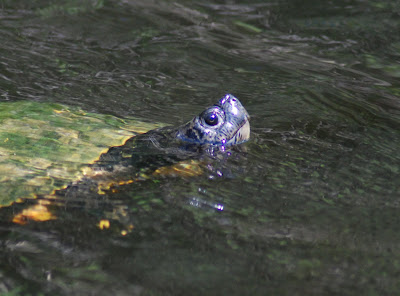 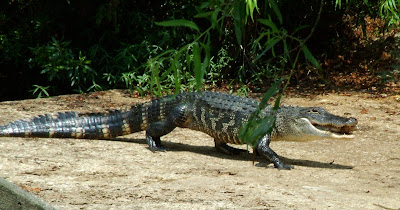 We get these guys in the manmade pond behind our house. I'm careful when walking Sally, but when it's just me, I don't worry much. I'm way too big to be considered food, so they consider me a threat and usually run. Mostly they stay in the water, just floating but this one got hungry enough to cross the spillway and pick up a dead fish on the other side. He's now walking back with it, thinking, "I hate dead fish, but that's all there is. Yucky rotten dead fish. I sure wish that fresh meat with the camera was smaller." 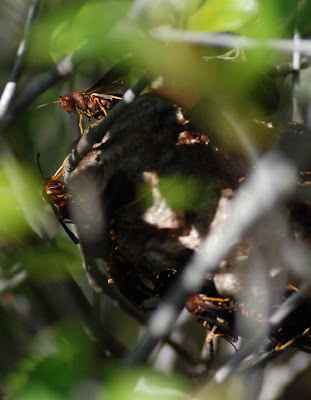 These guys actually scared me more than the gater. Crawling under the bushes near the front porch to get a shot...since this was the best I could do, you can tell I didn't stay too long.

And then there are birds!

These guys gather, for some reason, at the Subdivision Swimming pool. Anyone for a swim? 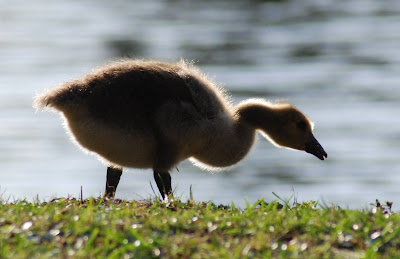 Cute in the beginning - 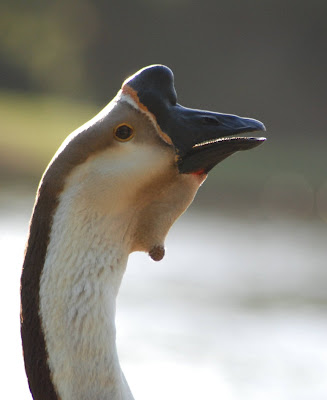 Not so cute later, particularly when they run around my backyard leaving goose-feces. 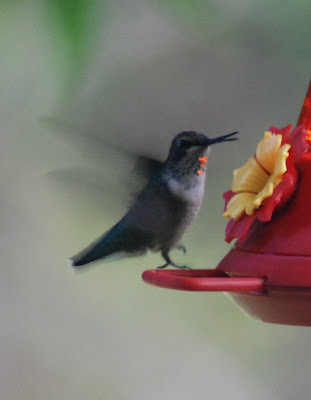 Hummingbird-feces is smaller. I assume. I don't think I've ever found any. 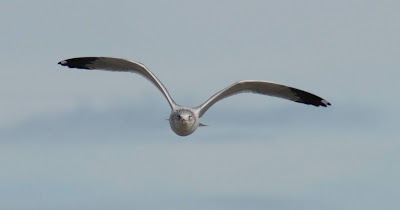 Posted by Bagman and Butler at 2:47 AM