I started to plan a really convoluted and humorous spread on relaxation for this week's shootout with comments by Butler and Bagman. We could research neuroscience and dream theory. Find pictures of hammocks and cots and beds. Then we could...but instead we all fell asleep so I was left with only four pictures to post this week. So...yawn...see you when I wake up.

Karen took this while I was lolling around with some other cute chick.

Looking back, I discovered that the person who has been best at relaxation, however, is Brian. And since I have learned that he and Melody regularly and anonymously visit my site, I thought I'd make him cringe by a short history of the Art of Relaxation by Brian. 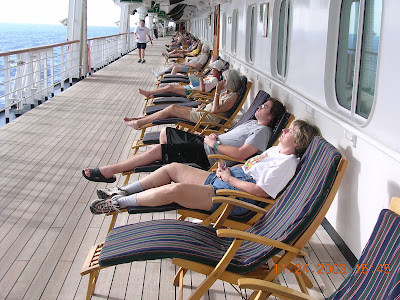 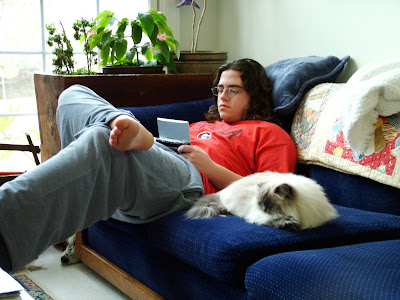 2004 -- Nintendo is relaxing
Snowball doesn't seem interested -- probably because
unlike the computer, Nintendo does not have a "mouse" 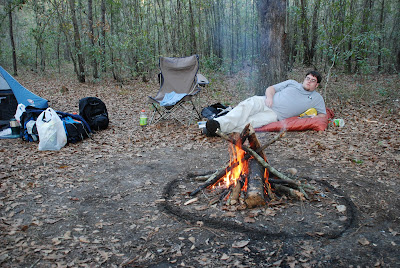 2006 -- Brian and I went camping
Again, the question: Why am I always the one standing up?
The chore of being a photographer 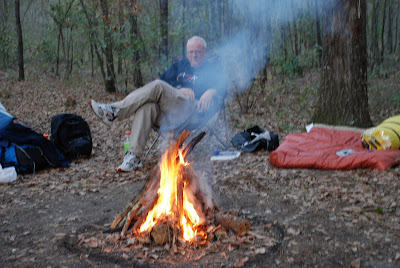 Oops! I bragged too soon...
Brian got this one of me.

And, I'm not sure I look that relaxed. I think I was pretending to relax but actually obsessing on whether we were going to burn down the Marion National Forest. I can't speak for Brian, but I'm not the heroic, professional camper that I appear. We took these on the first of a planned three-day camping trip. After the fire dimmed, we crawled into the tent where, despite mattress pads, I kept turning over all night like a chicken on a rotisserie trying to put less pressure on sore bones which, by three a.m. consisted of my entire skeleton. In the morning, we woke up...except for me since I had been awake since three a.m. and it was chillier than we expected and, being amateurs, we had not considered protecting our firewood from getting wet from dew. In fact, we had not bothered to actually get any additional firewood. And since, although it looks like we were in the middle of wilderness, we were only 40 minutes from home, we threw everything in the car and zoomed back where Karen got a good laugh and we got warm.
But back to the theme of Brian and relaxing...I don't seem to have any shots of either him or Melody relaxing since our grandson, Conner, was born. My guess is that they relax when we watch Conner and I'm not around with my camera. And they are probably glad of that!

But Conner relaxes. Karen sees to that! 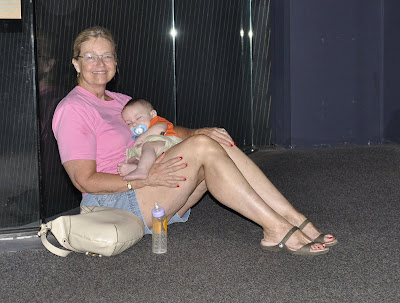 At The Charleston Aquarium
Conner doesn't seem interested in fish
and Karen seems very happy just to hold him
although she doesn't get to relax. 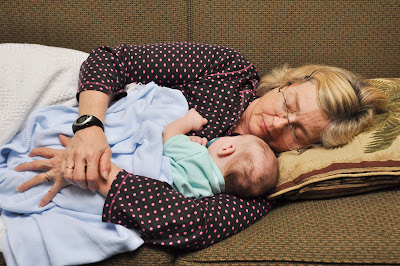 Oops! Mispoke again...here she gets to relax too! 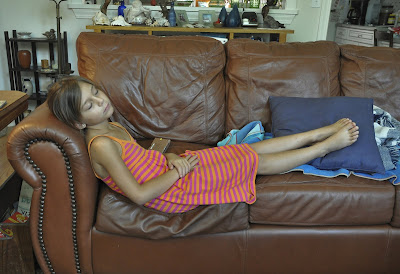 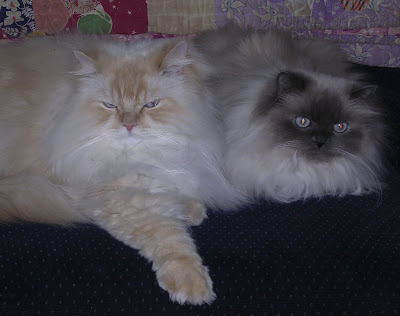 And Snowball and Bill relax all the time...even with eyes open

And speaking of the history of relaxation...

BAGMAN: "Wait a minute! Who was speaking about the history of relaxation.

BUTLER: "Give him a break...it's just a transition statement to provide continuity to the next picture when actually there isn't any continuity at all! 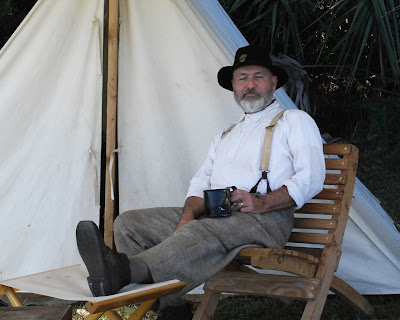 And finally (or almost finally)
from the San Diego Zoo, circa 1969 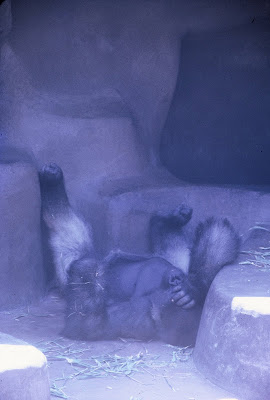 "Why do tourists always beat their chests at me?
I need another aspirin."
And finally, (this time really finally) below, is one from Bagman.
He insisted that I include it so that you all would know he was still alive and well. 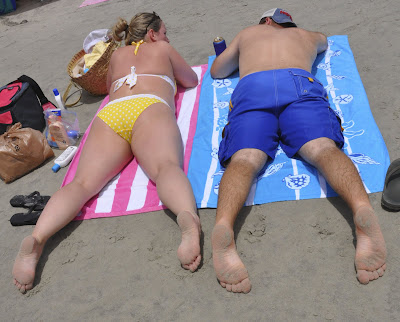 And on that pleasant thought, to all a goodnight....ZZZZZZZzzzzzzzzzz

Posted by Bagman and Butler at 3:15 AM