"Hooray for Earth Day!" I scream loudly, walking into the Bagman and Butler studio.

BAGMAN:  "This is going to be political, isn't it?  You're going to tell me I can't eat meat or something."

BUTLER: "Cool it, Baggie.  Mark just wants our beautiful planet to be available for his grandchildren.  What's political about that?"

BAGMAN: "As long as we don't get into some long discussion about saving the whales." 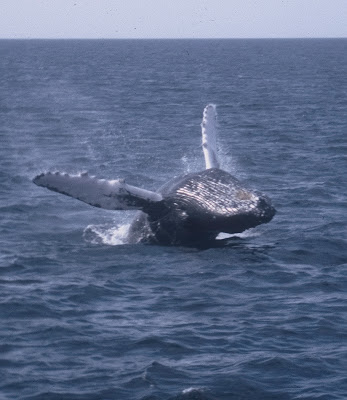 "But they are rather nice," I protest, posting a picture from my archives from off the coast of Boston.
BUTLER:  "Do you have any new ones?  Or is this going to be all old archive stuff."
"But I really was a better photographer back then...poorer equiptment but more energy."
BAGMAN:  "As long as it doesn't get political."
"Eureka!"  I shout.  "I found a picture I took on the very first Earth Day." 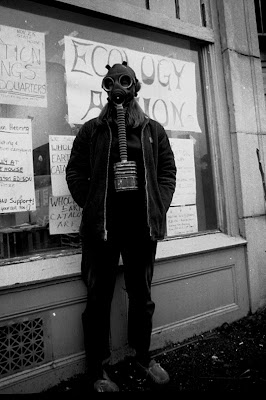 It was more political then. 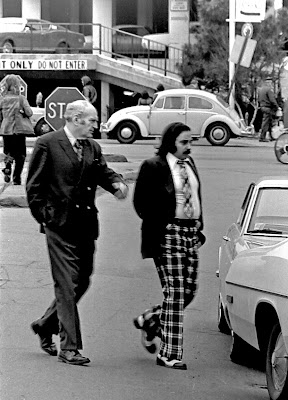 And not so fashionable.
BUTLER:  "And you should have had someone else develop your negatives because yours are all pretty thin."
BAGMAN:  "Hey!  We had a darkroom then and we always had a gallon of Tavola Red Wine to give us inspiration!"
BUTLER:  "Yes, that would explain the thin negatives and lousy focus."
"But don't you think we've made progress over the years in saving the Earth?" 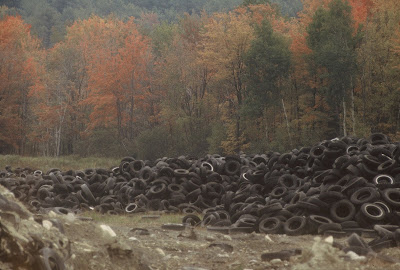 BUTLER: "At least you stopped drinking!  But don't you have any recent shots from this week?  Or are you going to rely on archives for the rest of your life?" 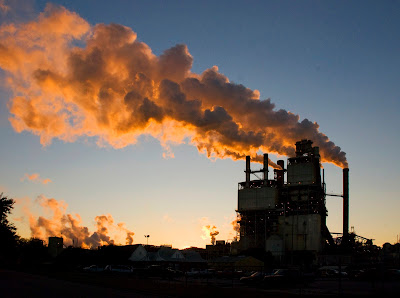 "This is fairly new," I protest.
BUTLER: "You posted it over a year ago!"
BAGMAN:  "Hey!  Polution can be beautiful!" 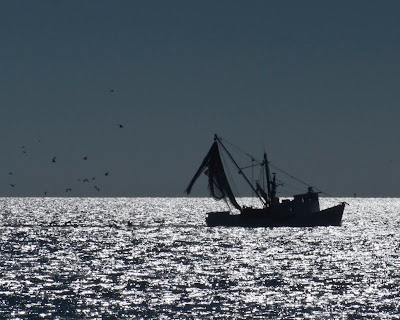 "This is only a few months old.  And it shows the harvest of the sea!"
BUTLER:  "But you told us you were going to try and shoot something new each week."
"Okay," I acquiesce.
BAGMAN: "What kind of a pseudo intellectual uses 'acquiesce' ?"
Ignoring the jibe, I decide to post a few things that almost fit with the theme.  Because I want the Earth to be around so my grandchildren can teach their grandchildren how to fish and there will still be fish to be caught. 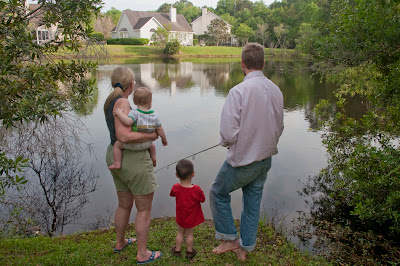 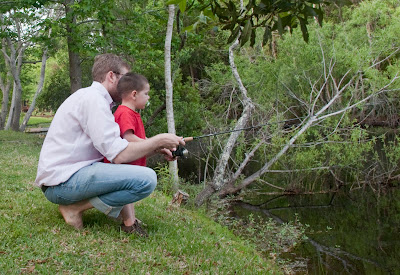 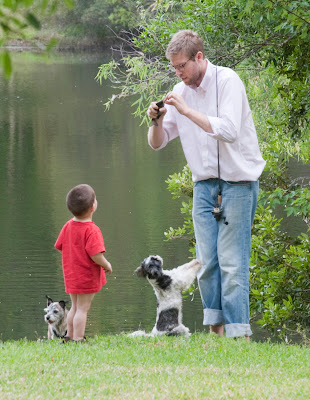 Caught one!  Annabelle wants it badly! 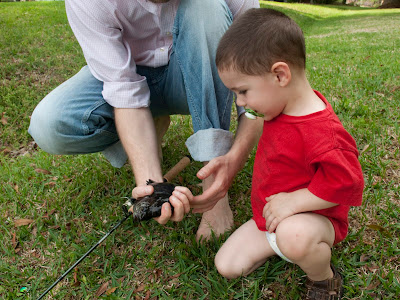 Conner is not quite sure if he wants to touch it. 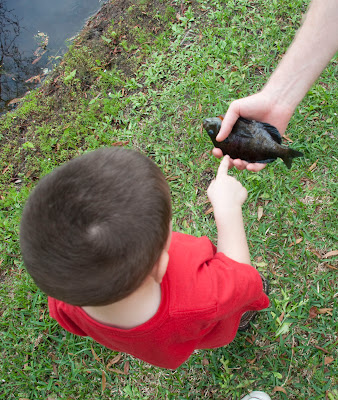 But finally risks it.
And, yes, we released it back to it's home environment which we hope will be safe from pollution and global warming...
BAGMAN:  "Politics!!!!"
...for years to come.  So it can eventually teach it's fishy grandchildren how to be caught and touched by children learning to fish.
And we will miss Uncle Barclay terribly!!  He has been living with us for several months while he finished up medical school at MUSC.  But will be leaving in June to begin his 7-year residency in emergency surgery at a hospital in Seattle Washington.
I've mentioned Barclay before.  The son of my wife's best friend, I watched him grow up and now am in complete awe of him.  Not content with the mere challenges of medical school, he has been doing voluntary treatment in Nepal and research in Kenya and the Sudan to help eradicate disease -- and he is a great supporter (yes, Bagman, politically) of the Earth and everything that lives on it. 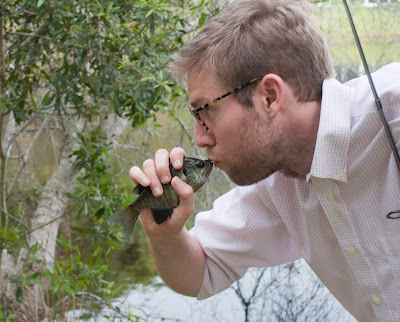 A fond farewell kiss for the fish before sending it home.
BAGMAN: "Maybe he just thought it might turn into a beautiful princess."
﻿
Posted by Bagman and Butler at 1:11 PM