"What's Bagman doing on the floor?" I ask when arriving for this week's shoot preparation.

BAGMAN:  "Shooting from a low angle!"

BUTLER:  "Typical for Bagman...low life.   Probably used to the floor." 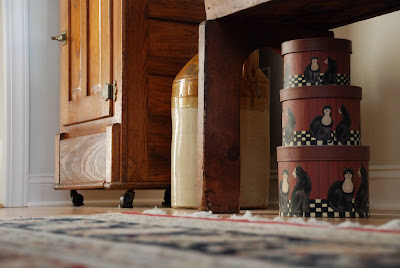 LOW
BUTLER: "While you down there, can you get the dustballs from under the old icebox?"
BAGMAN:  "Go fly a kite!" 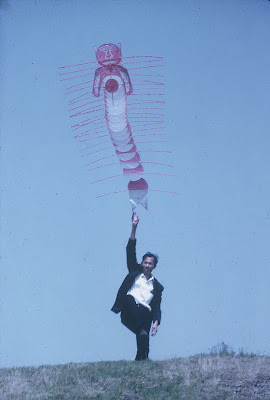 HIGH
﻿
"By the way," I mention, changing the subject, "Have I told you boys how happier I am since I retired.  I feel much more high about life.   And I remember the last photo I took as I was leaving Charleston Center heading down the back stairs." 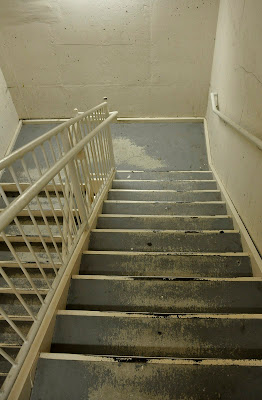 LOW
BUTLER: "You weren't changing the subject.  You were just trying to find a segway to that photograph.   And it was a real stretch.  You don't need to be cute ALL the time, you know."
"You're probably right," I admit. "I probably don't have to try and find something cute to say about the highs and lows of military life. 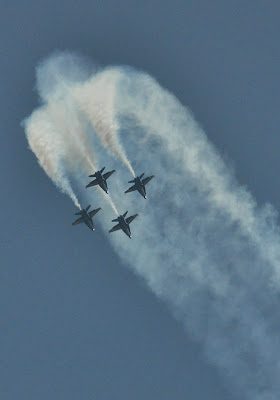 The Highs of the Air Force 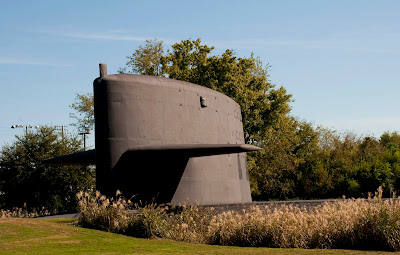 The Lows of the Navy
BUTLER: "No, you don't have to try and reach for cute captions.  Besides, it's not a real submarine coming out of the grass at Patriot's Point.  It's just a memorial.  And not only that but if you remember, those planes were the Blue Angels -- Navy and not Air Force."
BAGMAN:  "Picky picky!  Let him play!  Hey!  I found a dead bug under the couch!"
I'm a little irritated at Bagman's revelation that I'm confusing branches of the Armed Services.  "Here's a real Air Force plane." 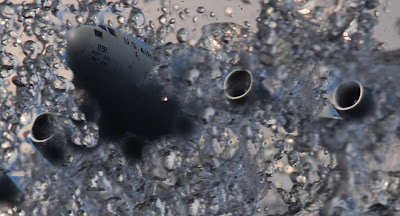 BUTLER: "I've seen you do better work with Photoshop.  I never really liked that one.  It lacks subtlety."
"Okay.  Okay.  Let's switch to the highs and lows of nature." 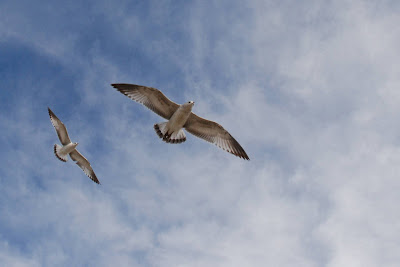 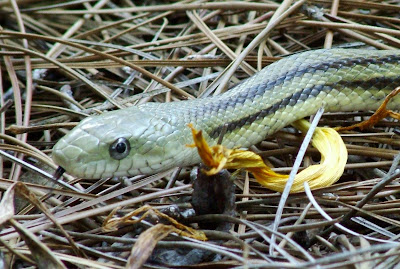 Low
BAGMAN:  "Hey!!  When I lie on my back and can shoot the ceiling fan!" 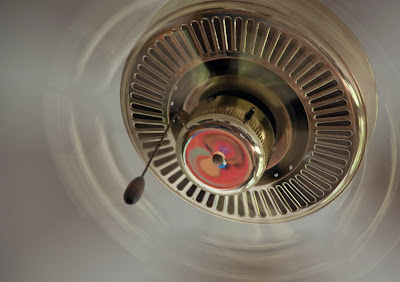 BUTLER:  "If you are lying on the floor which is low and shooting the ceiling fan which is high, is the result high or low?"
I start to ponder this conundrum...
BUTLER:  "It's not a conundrum.  A conundrum is a play on words.  This is more of a logical question about perspective."
Okay, so I start to ponder this logical question about perspective but I'm interrupted by my wife who calls out to Bagman, "While you're down there, can you vacuum under the refrigerator?"
That's not much fun at all but since I'm so handy around the house, I leave the studio to go find the vacuum cleaner.  I start to ponder about whether why anyone needs to clean vacuums.
﻿
Posted by Bagman and Butler at 1:12 PM