It's like Christmas morning!  I can't sleep and Bagman and Butler must have been in the same boat, because they come bounding into the B&B studio the moment my foot hits the creaky board near my desk.

BUTLER: "And did you see the slide show Ginger put together on Hometown Homepage?  It was awesome!"

BAGMAN:  "Awesome?  When did you get so modern sounding, Butler, you old fart?"

BUTLER (flustered):  "I mean it was exceptionally audacious."

BAGMAN: "Who cares?  Let's start!  My favorite topic of the year is Sexy Women!"

BUTLER: "That was never a topic."

BAGMAN (frowning): "You can't blame a guy for trying, Dude."

Meanwhile, I'm ignoring them as usual and putting a photograph on the blog. 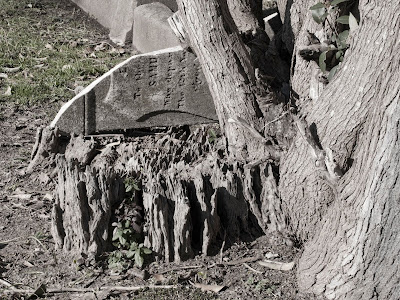 BAGMAN: "What the &%$# is that?"
Unflustered as usual, I reply, "Cemetaries.  I figured we do cemetaries. That was Patty's topic on March 25th"
BUTLER: "Don't you think that's a rather gruesome choice?"
BAGMAN: "Downer, man."
"Well, I know it wasn't really my favorite.  But you've been trying to wean me from my archive and this week I actually took a few hours and went out to take some new pictures and...
BUTLER: "Did you remember how to use the camera?"
BAGMAN: "Obviously not, Butthead.  He couldn't even find the color button!" 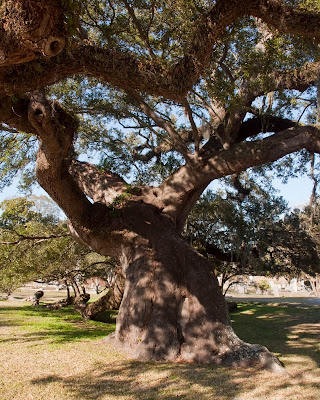 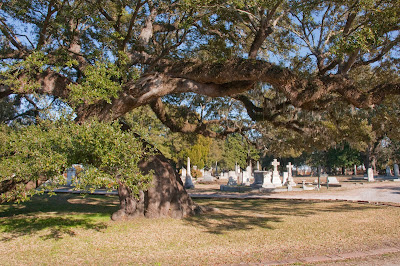 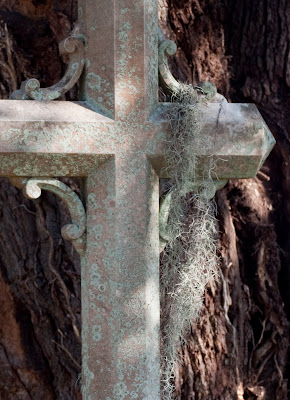 BAGMAN: "Okay, okay.  So you found the color button.  But I still think we'd get a better post if we did another topic...like Power or Amusing Signs.  Or Relaxation or People.  Or the Color Red, Sunsets, or Sexy Women..."  (Butler and I both give Bagman our best baleful looks) "...well you can't blame me for trying." 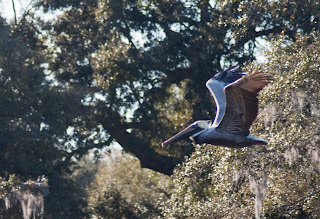 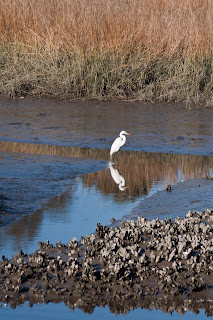 BAGMAN and BUTLER in unison: "Thank God!  You've switched to Birds by Scriptor Sinex.
No, I reply slowly and with great patience.  Magnolia Cemetary is a big cemetary near the wetlands and there were lots of birds there.  And Magnolia is also full of history.  For instance: 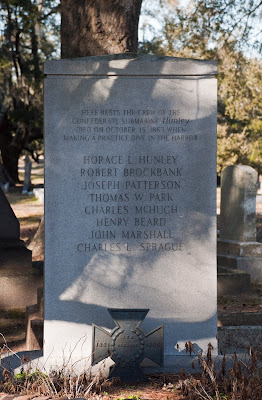 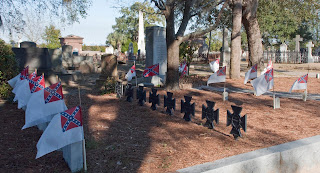 It's where the crews of the Confederate Submarine Hunley are buried.  The Hunley was the first submarine that ever sunk a ship.  It was really just a huge metal tube that worked with a handcrank.  When the confederates first tried it out on a practice run, it sank and everyone drowned.  So they raised it, and a bunch of new guys volunteered, for some reason, and got into it and sailed out into Charleston Harbor, rammed a Union ship, sank it and then promptly sank themselves as well.  About eight years ago, some people who had become more adept over the years at going underwater and coming back alive discovered the Hunley half buried on the bottom, raised it up and brought it back to Charleston.  Archeologists spend a couple of years restoring it and removing the remains of the original crew and burying them here.  It was a really big deal at the time.
BAGMAN:  "Zzzzzzzzzzzzzzzzzz."
BUTLER:  "Yawn."
"You guys have no appreciation of anything," I complain.  "How about this?" 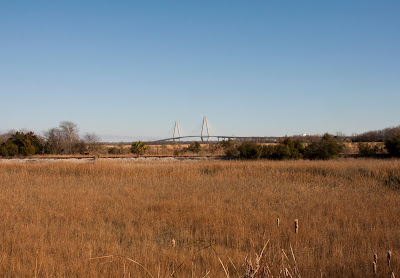 BUTLER: "Well, it's not great, but fair.  But it isn't a cemetary."
"I was standing in a cemetary when I shot it!  Doesn't that count?"
BAGMAN: "I didn't want to do cemetaries in the first place!  I want to do Sexy Women!"
BUTLER: "You mean you want to do a Friday Shootout on Sexy Women."
BAGMAN (moping): "No.  That's not what I said."
Continuing to ignore them, I post three more quick shots. 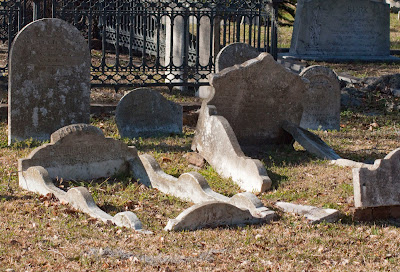 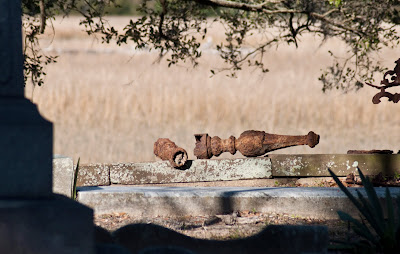 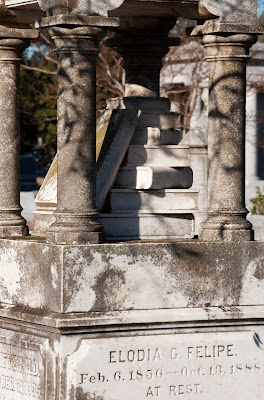 BUTLER (Getting up and heading for the door): "I'm sorry, old friend, but I'm getting tired to cemetary shots.
Suddenly I remember something.  "Hey!  Look at this!" 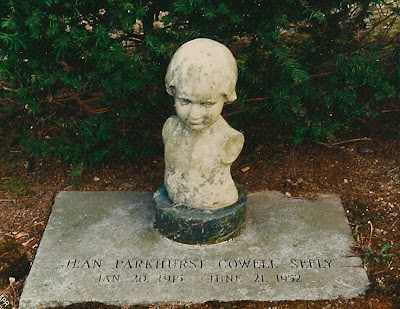 I found this old picture in a box last week and scanned it.  It is a picture of my mother's grave in Wrentham, Massachusetts.  The marble bust was carved by my grandfather.  I just realized that she passed away only 8 days after my sixth birthday.
BUTLER: "Yes, yes.  Bagman and I are both sorry for you, as usual."
BAGMAN:  "HEY! Wait a freaking minute!  That's an archive photo!!!  You said you picked cemetaries because you finally got around to shooting some new stuff!!  This is a cheat!!!
BUTLER: "Yes!  Bagman is right!  If you are going to use archive pictures we can pick another favorite topic."
BAGMAN:  "YES!  Like..."
But I didn't wait for him to redundently say 'sexy women' again and turned off the computer and went back to bed.
Posted by Bagman and Butler at 7:59 PM