The H.L. Hunley
BAGMAN:  "I think you have already done this before..."
BUTLER:  "I checked all the labels and didn't find anything."
BAGMAN:  "Mark is pretty sloppy at using labels, you know.  I still think we've done something like this before."
"It doesn't matter.  We're going to do it again.  Because...well....frankly, I don't have anything else."
__________________________________________
February 17, 1864:  The Confederate submarine, H.L. Hunley sank the U.S.S. Housatonic, becoming the first submarine to sink a surface ship.  Called a "Fish Boat" at the time, it carried a crew of eight men who powered it with hand-cranks, and used an explosive at the end of a long spar to ran the Housatonic.  Tragically, it sank before returning to port, drowning the entire crew.
1970 or 1995:  Depending on who you want to believe, the wreck of the Hunley was discovered off the coast in 27 feet of water, covered in silt.
August 8, 2000. 8:37 a.m.:  The H.L. Hunley was raised from the bottom and transported to the Warren Lasch Conservation Center on the grounds of the former Charleston Navy Base.
BUTLER:  "Where they don't let you take pictures."
BAGMAN:  "Grumble grumble grumble."
"But there are thousands of pictures and information on the Internet, " I explain sadly. "And it is one of Charleston's largest attractions for Civil War buffs."
BUTLER:  "Buffs?"
________________________________________________
Burial of the Hunley crew
April 17, 2004:  After 4 years of meticulous work, the archeologists had extracted and reconstructed the remains of the eight sailors and they were given a proper burial, with full military honors, at Magnolia Cemetary.  Well...full Confederate military honors...since they were, after all, at war with the United States in 1864.  But now is not the time to get distracted by pesky little time bombs such as war, honor, slavery, etc.

Anyhow, I don't think I can adequately describe what the funeral procession was like that day.  Thousands of Confederate and Federal Reenactors came from all over the world and for one day took Charleston back to 1864.  I did not feel like they were coming to modern Charleston; I felt that I had been transported back to Civil War Charleston.

The funeral procession started at the point and went for miles up East Bay Street to the cemetary.  I don't know why, but I took a video camera instead of a still camera!  So I have no sharp images to post on this shoot -- only a large number of blurry still captures.

Before the procession arrived, there was kind of a parade atmosphere but when the first horse drawn caisson came into view, the 21st Century disappeared into silence leaving nothing to hear but slow marching boots. 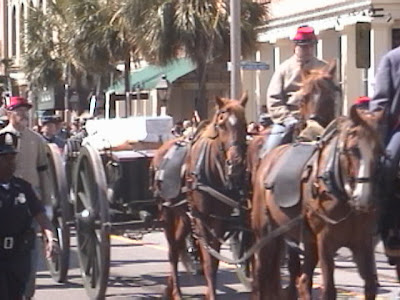 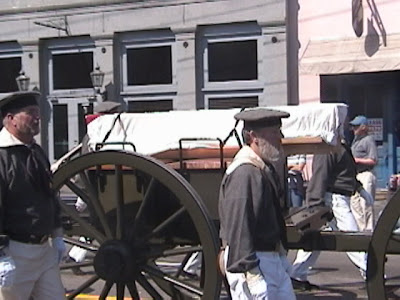 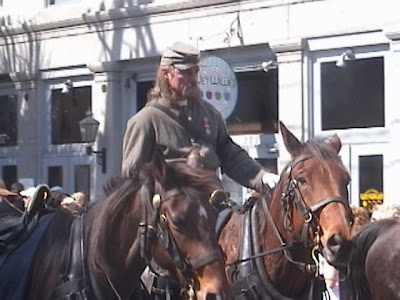 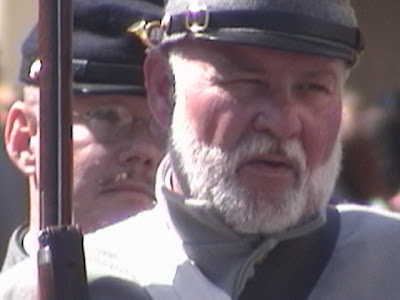 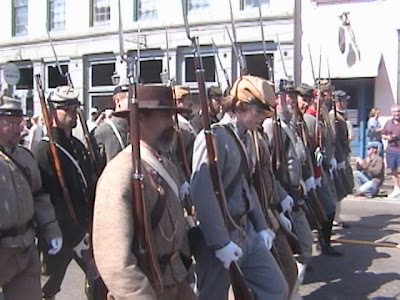 They just kept coming, marching in silence.  Thousands.  An entire army.  I had the eerie feeling that somewhere near the harbor a time-warp hole had opened up and they were pouring out of the past. 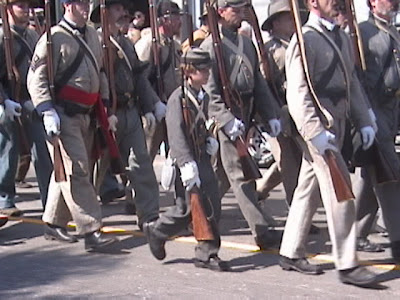 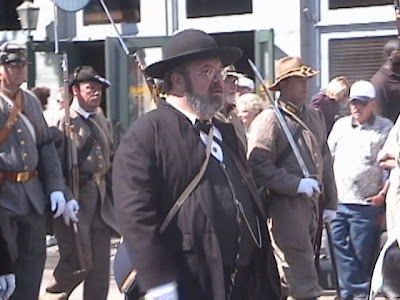 Although there were occasional reminders of the present that snapped me back and forth from the historica time warp. 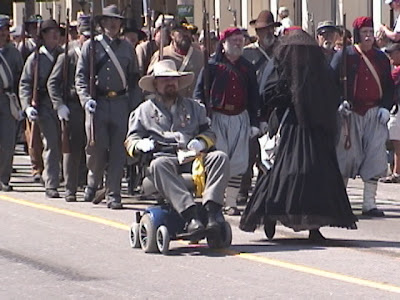 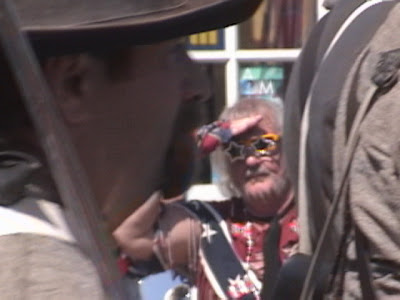 But mostly my imagination was locked in the past as the cadence of marching feet went on and on... 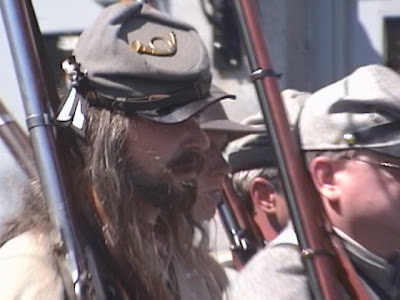 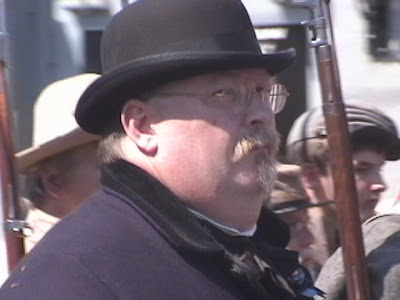 But nothing prepared me for what came next...
After hearing nothing but drumbeats and boots on pavement in perfect slow time...
Without warning...
Deathly silence...
As the widows in soft soled shoes arrived... 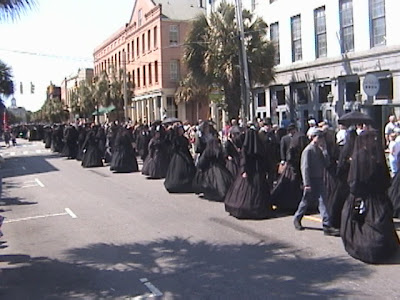 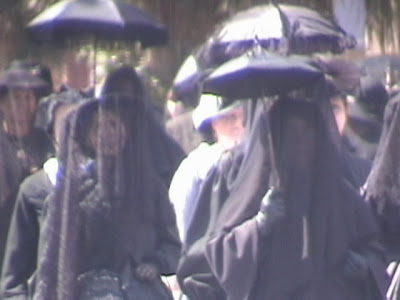 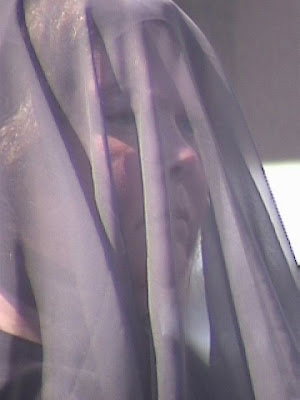 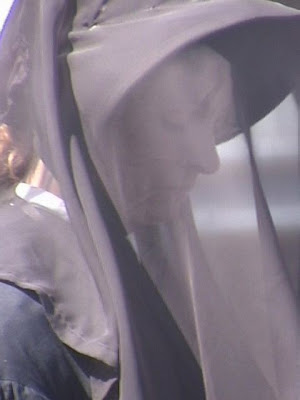 The silent widows also went on and on.  After awhile, in the silence, sometimes broken by a soft swishing of black skirts, I began to hear birds singing in the trees.
And then this vision from history was gone -- the last veil disappearing up East Bay Street -- and the on-lookers began to disperse, gradually finding voices again and beginning to reconnect with things like places to eat for lunch and lawns that needed mowing that afternoon.
Anyhow, later, I did take one of the screen captures and photoshopped the heck out of it to try and capture a bit of the feeling.   Not sure if I succeeded, but here it is: 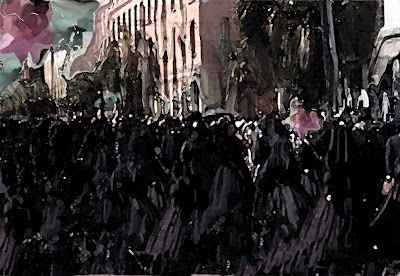 Posted by Bagman and Butler at 2:49 PM