Hmmm.   This seems to be a really tough one.

Bagman, Butler and I have been sitting here all week.

Trying to think of something, watching the clock, and coming up empty.

BUTLER:  "We could shoot the clock?"

BAGMAN: "We could shoot whoever came up with the topic?"

BUTLER: "Shouldn't time be slipping into the past?"

BAGMAN: "It ain't slipping anywhere today.  It's just stopped.  Maybe we should just skip the shootout this week.

BUTLER: "We could shoot a timelapse of the stairs...stop down the f-stop as low as possible, turn out the lights, make a 10 or 20 second exposure and walk up and down during that time to show...

BAGMAN:  "Show what?  Fuzzy lines?  We should have done that when the theme was motion."

BUTLER: "I'm sure there are some interesting clocks downtown somewhere."

BAGMAN: "Or wristwatches on the arms of pretty girls."

"It's too late now, anyhow.  We've been wasting time all week and now we've got yard work so we can't go shooting today anyhow."


We sit in silence some more.


Broken only by the occasional mouse click as I plod through archive pictures..


BUTLER: "This reminds me of Waiting for Godot."

BAGMAN: "Reminds me of jail."

BUTLER: "Stop pretending to be tough.  You were never in jail."

"Hey!" I say.  "We could show that picture of the jail cell in Alcatraz when we took the tour."

BUTLER: "We already did that one."

BAGMAN:  "Okay.  I give up.  Who says we have to post something every week anyhow.

BUTLER: "I agree.  It's not like we have to keep up with the Queenmother who also hasn't missed a post since January 1st."

So I'm about to turn off the computer having gone through thousands of pictures.  By this time, I'm actually looking at an old file of raw shots from Italy that I never did anything with.

"Well," I say. "It isn't much but I remember shooting this old clock in some Florence church." 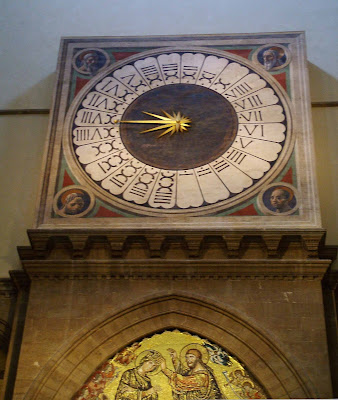 BAGMAN: "No wonder I'm tired.  XVIIII is way past my bedtime."

BUTLER:  "Did you flip the picture or does that clock really run counter-clockwise."

"Nope.  Straight from the camera.   This is not a clock that I would want to use to teach the grandchildren how to tell time."

At that point the bell over St. Michaels in Italy gongs. 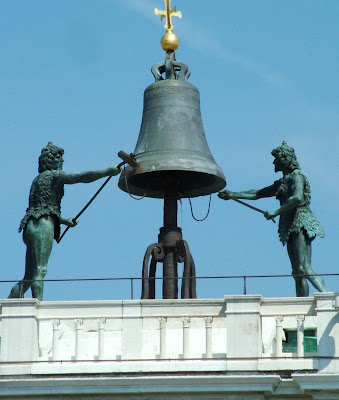 BAGMAN: "What do you want to do now?"

"I don't know," I reply.  "We'll think of something if we sit here long enough."