I was planning to skip this one.

BUTLER:  "How is that different from two months of not posting at all."

"During the last two months, I just blew off everything.  This week I actually considered it and then planned to skip it."

BAGMAN: "You're crazier than I am, dude."

BUTLER: "May I ask why you planned to skip this one?"

After considering for a moment, I respond, "I came to the conclusion that I don't have any best friends."

BUTLER (with subdued anger): "You are hitting a new low in making up justifications for self-pity."

Now it is my turn to be angry.  "No, dammit!  I knew I shouldn't try and explain this.  I don't feel the least bit unhappy about it.  I've always had all the friends I ever wanted but I'm an introvert and I am confortable with that aspect of myself.  I have friends all over the place because of blogging but if I had close friends in real life, I'd have to go and have lunch or coffee with them and, to be honest, that stuff doesn't excite me anymore.  I'd rather read a book or go walking in the woods."

BAGMAN:  "You're definitely crazier than I am, dude.  We need to party more!"

BUTLER: "Actually, Baggie, I can kind of understand him."

BAGMAN:  "So what are you going to post for the shoot out, Loner-Man."

"A couple of people that I considered to be "best friends" back when I was more extroverted."

BAGMAN:  "Yea!  Booze and pot sure did extrovert you!" 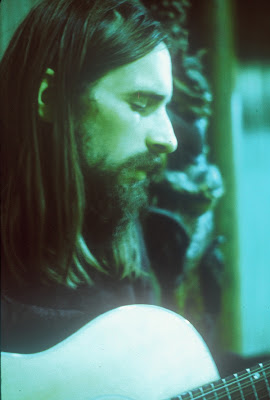 So anyway, this is Ley Armen.   We hung out together a lot in college and for a few years afterward.  We followed the folk music scene in Boston -- got stoned and drunk alot -- saw Bob Dylan when people still thought he was a kind of weird because his lyrics were hard to understand.  Lee and I had a pact whereby if either of us ever got stuck anywhere, we could call each other anytime and the other person would drop what they were doing and come get us unstuck. 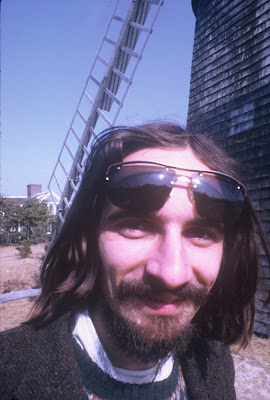 This was Ley during a partial eclipse of the sun in Provincetown.  We had a million great times together although I can't remember half of them and probably shouldn't document the other half.  But Ley was also an amazing soul.  He served two years as a hospital aide in lieu of service as a consciencious objector during Viet Nam.  Unlike most hippies who just dodged the draft, he went straight to the recruiters and met the requirements.  During spare time at the hospital overnight, he developed an amazing plan in a huge notebook -- to move into the wilderness, buy a spread of land with a steam he could use for a power source, and build a self-sufficient farm.   And lo and behold, he then married one of the most beautiful women I knew, moved to Maine near the Canadian border and did it.  Raised sheep, goats, chickens,and three - I think - boys.  Fought bears and blizzards.   We communicated for a while but drifted apart.   A few years ago, I learned that he had passed away from stomach cancer.
BAGMAN: "Yeah.  Ley was my kind of guy!"
Then there was 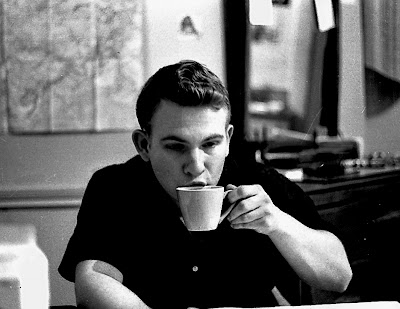 Eddie John
Eddie was the exact opposite during the same approximate time -- college and somewhat beyond.  Eddie was assigned to the same dorm room in my Freshman year.  During the next six or seven years, we were roommates in more apartments than I can count.  I lived with Eddie in more places than any other person.  Eddie was a straight-arrow, tea-totaller.   He might have a beer once in a while but never tried pot.  But he was also the most non-judgemental person I ever knew and never once complained or questioned my actions or behavior.  Sometimes, he rolled his eyes.
BUTLER:  "Yes, sir.  Eddie was really my kind of guy."
Heart disease ran in his family and he died of sudden cardiac arrest before he reached 30.  I spoke at his funeral.
BAGMAN:  "So this is your post about best friends?!   Two guys from the distant past?  Both dead?  And you are trying to tell us that you're not pitiful?!"
I don't bat an eye.  "Yep.  I'm glad they were in my life.  I loved them.  I miss them.  But I'm perfectly happy to hang out at home either with my family or by myself."
BUTLER: "How do you bat an eye, anyway?  I might have to do some research on that.
Posted by Bagman and Butler at 3:55 PM