No time for much banter but I feel, once again, that old urge to at least attempt participation.  Being welcomed back after such an absence felt so good.  We all really get attached to each other, don't we.

Anyhow, I'm throwing into the pot today a picture of our Christmas tree -- it was really more of an attempt to balance indoor and outdoor light in the same picture.  And four snapshots from the James Island Festival of lights -- every year we pile the kids into the truck and tour the County Park which has a huge display of lights. 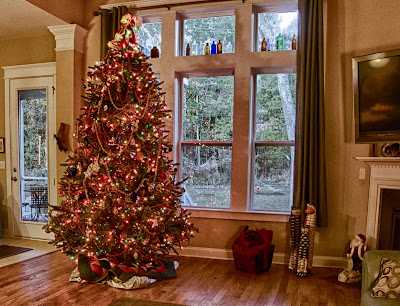 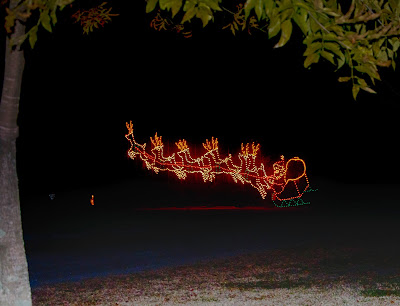 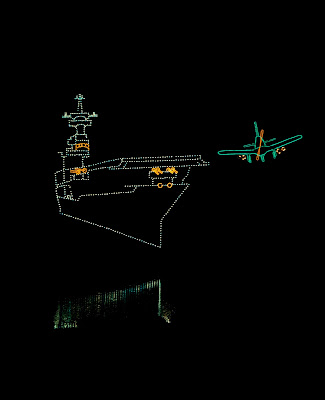 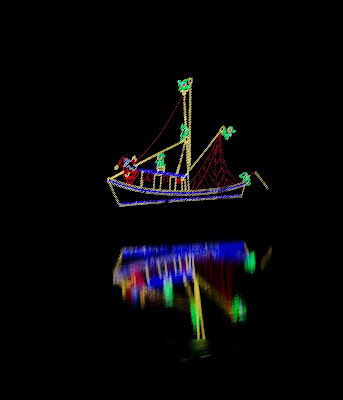 I know there has been some interest in the return of Bagman and Butler and you will be pleased to hear that because of my post last week, both of them have contacted me and expressed interest in returning.

However, at the moment they are being detained.  Butler has taken a sabbatical from Chef School but is stuck in London.  Apparently all the flights are overbooked because of a major conference of International Stock Brokers.  He has decided to wait for the conference to end and spend his time researching the life and works of John Maynard Keynes.

Bagman somehow managed to get himself captured by a primitive tribe in New Guinea where the chief has forced him to become the Tribal Toy and turned him over to all the tribe's grandchildren who spend each day climbing on top of him.

With any luck they will be returning soon.

Posted by Bagman and Butler at 1:34 AM