This will probably be quick, I think, walking into the B&B Studio.  The rules for this week's shoot excluded flowers.  Of course, we often don't follow rules much, but I really couldn't find a lot of pink things that weren't flowers.  Maybe I didn't try hard enough.   But when I open the door, my heart sinks when I see how excited Bagman is.  This is rarely a good sign.

I'm a bit lost but concerned because Bagman can be dangerously inappropriate at times.  I look over at Butler for an explanation.

BUTLER (whispering in my ear so that my readers can't hear and won't be offended):  "From what little research I did before I succumbed to disgust, the word 'pink' in some circles has gained a rather pornographic connotation.  It is sad but this delicate, innocent, colorful word has been usurped to refer to...well...I'd rather not say."

Understanding pours over me like a cold rain and I turn to Bagman authoritatively,  "Not a chance!"

BAGMAN (deflated but glaring): "You're turning into a $%&##ing old wimp!  I'll bet you don't even remember when we were twenty!"

"As seldom as possible,"  I reply, "And never when blogging.  This is a G-rated blog and it's going to stay that way.  Take your T-shirt and sit in the corner."

I don't have much but I sit down at the computer to post my blog.  It is slow going because I have to keep ducking various sex toys that Bagman is hurling at me. 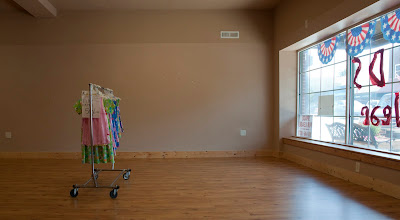 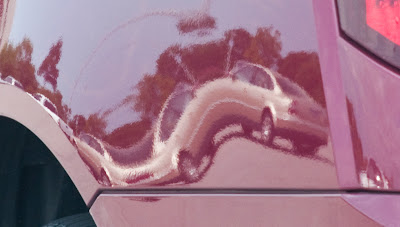 Pink Cadillac
(Well, not a Cadillac, and not really too pink either)
I told you that I didn't have much this week. 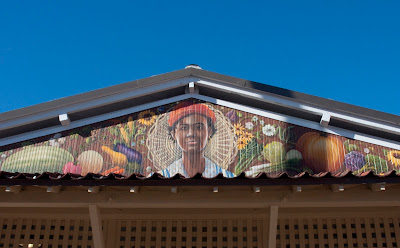 A mural over the Charleston City Market
BUTLER: "Excuse me for interrupting, but I don't see how this fits with the theme of pink."
"Look closely.  The apple is definitely not red." 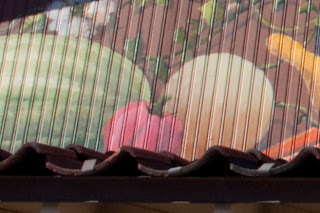 BUTLER: "You really are grasping for straws in this shoot."
And finally: 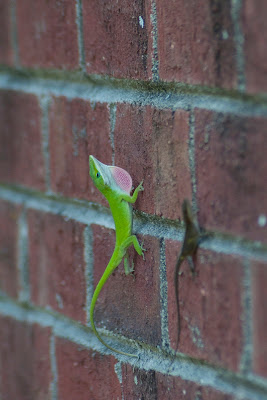 BAGMAN (shouting from the corner while throwing another obscene artifact that I can't identify, fortunately): "YES!  Now you're getting it!  Pink the color of love!!"
BUTLER (Throwing back whatever it was that Bagman threw):  "Lizard Brain!"
Since that is all I have, I close the computer and make my escape from the studio.  Just before I close the door, I am slapped on the back of the head by a deflated inflatable sex doll.  Sometimes I don't know how I put up with these guys!
Posted by Bagman and Butler at 8:53 AM