What a difference a week makes...

They told us that once the foundation was poured, the framing would go up quickly on our new house (assuming that our old house ever sells) 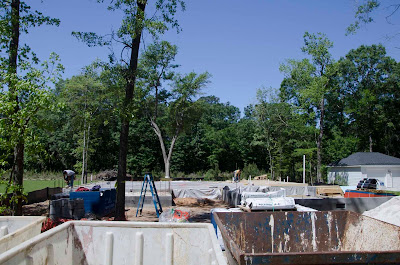 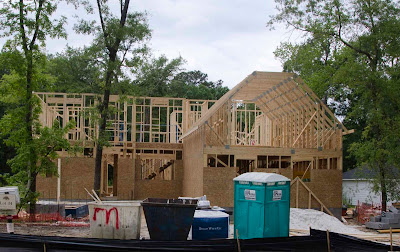 April 15, 2012
I'm not sure why I take these pictures.  If our current house doesn't sell in the next couple of months, we're going to half to walk away from this one.
Which won't be that great a disappointment since:
A: We've put so much work into our current house that it would be easy to live in.
B:  We wouldn't have to move -- I hate moving.
C:  We would get to stay with out neighbors who we love dearly.
And yet, I assume that it will sell and we will move.  It feels like there is momentum in the universe that is pushing in that direction and I try not to fight against universal momentum because it is bigger than me.
...and usually pushes me in better directions that I would take without it.
Posted by Bagman and Butler at 9:18 AM