Gates and fences --  Unfortunately, I spent most of my time this week playing around with a Picture that Tells a Story for an upcoming shootout.  I wasn't confused...I just had an idea that was too much fun not to play around with...

So I've probably shortchanged this week a bit.   Mostly older stuff as well. 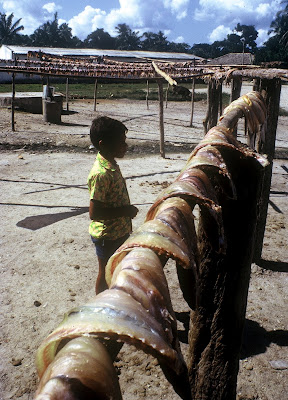 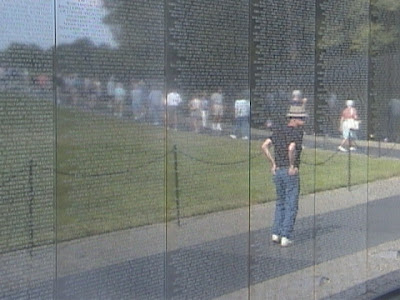 BUTLER:  "A wall is not a fence.   If you liked that picture yoyu should have used it when the theme was reflections."

"I'd forgotten about it until I ran across it today," I replied.

BUTLER:  You don't actually have any fence pictures, do you?"

BAGMAN: "Give him a break!  I'll accept this as a fence since he has a poetic license."

"Okay!  I give up," I say, surrendering.  But I do have some pictures about some of Charleston's most famous gates and fences -- even if I don't have pictures of them."

Philip Simmons became a world famous iron worker, constructing iron gates and fences throughout Charleston.  In 2010, I was riding around with a friend and colleague who used to live next door to Simmons and took me over to his workshop.  Later, when I uploaded pictures from my camera, I was disappointed with them...but here are a few. 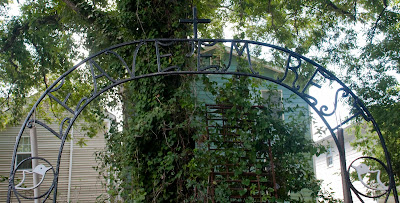 A cemetary gate in his back yard that he had been working on.
(It was later placed to mark a historic African American cemetary) 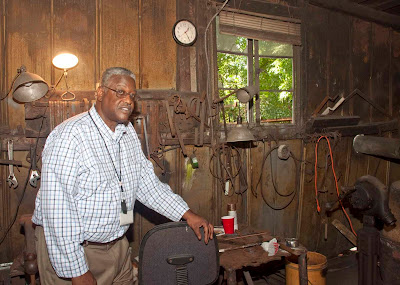 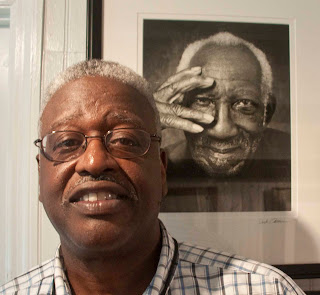 And then I have a couple other shots.... 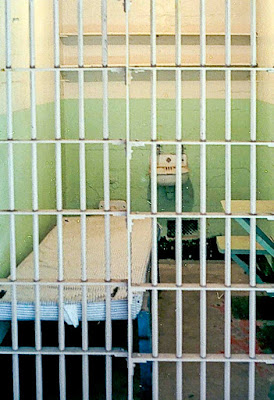 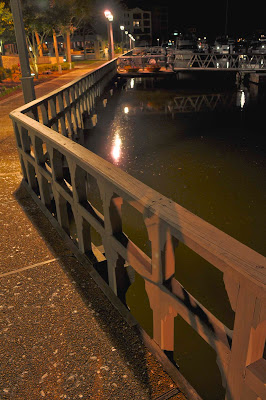 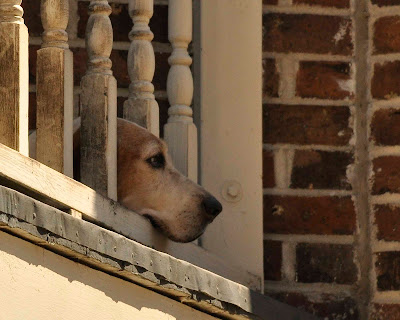 That's it for this week -- it's 10:12 am -- and while I dislike using Facebook more and more, I'm still undecided whether to buy a bit of it's stock when it goes public at 11:00 a.m.  I do know that if I buy any, I'll sell it by the end of the day...on the other hand, I've developed a set of personal investing rules over my last year and a half of following the stock market and this would break about 75% of them.

If I were smart, I'd build a quick fence between me and my computer.