As I started to get to work on this Friday’s shootout on the topic of smells, assigned by Nan, Bagman and Butler were ready to give me the business
The moment I walked in the door.
BAGMAN: “Oooh! What is that odor?”

BUTLER: “The smell of stale creativity.”

“Very funny, guys,” I said. But they had a point. I was trying to figure out how to photograph smells and realizing that scent was one of my poorest and least practiced senses. How about this, I suggested, thinking about the smell of lighter fluid and charcoal prior to the hamburgers.

So I mentioned to him that I didn’t think smell was going to be a very sexy topic anyhow, and maybe not very photogenic either.

BUTLER: “Humans are nasally challenged, but the animal kingdom is amazing. Do you know that a butterfly can smell a potential mate’s pheromone from miles away?” 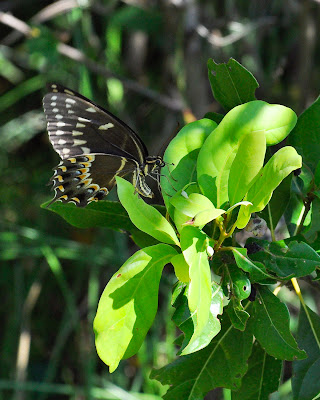 In the background, Bagman is quietly singing a song that my friend Lee Armen and I learned to play on the guitar in high school; we thought it was quiet bawdy at the time…I think it was a blues piece by Blind Boy Fuller.

BAGMAN:  "You're the one who brought up pheromones!  I'm just giving it a human touch!"

Ignoring both of them as usual, I take a picture of spices in our kitchen cabinet. 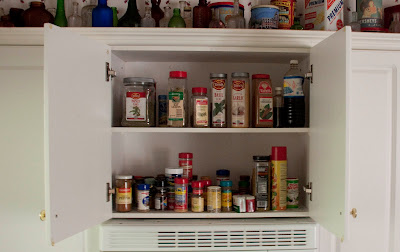 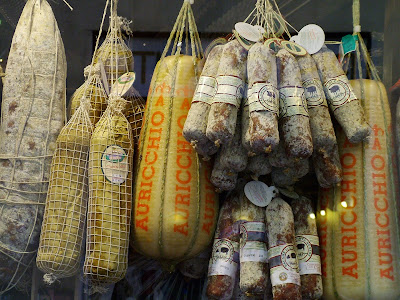 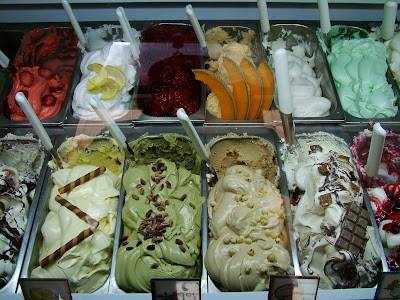 Although I remember the taste of gelato more than the smell...mmmm.
And how about that paper plant in Georgetown? It's close to my hometown...at least closer than Tuscany. 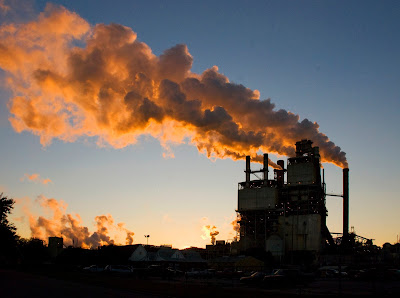 Even pollution can be pretty at sunset. 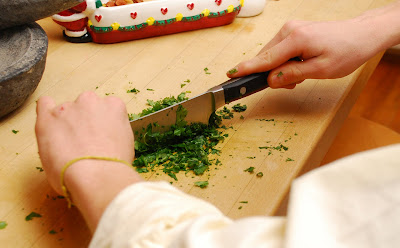 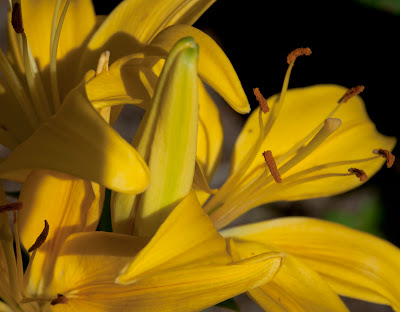 Flowers in the backyard smell beautiful...
BUTLER: Are you sure?  Most flowers smell good and these probably do...but I think you just went outside and shot them without actually smelling them.
I blush.  I have to admit that smelling things is really not my forte.  But I'll bet these would have smelled good if I had actually take the time to smell them.
BUTLER:  "Always take time to smell the roses."
BAGMAN: "Could you get any less original?!   I was hoping you'd say 'pheromes'!" 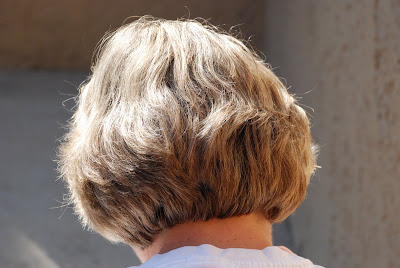 I agreed with Butler that this was probably not right for G-rated audiences. But, like most song lyrics (and some poems) I was never entirely sure that I was interpreting the metaphor correctly.

BAGMAN:  "Oh, you were interpreting it correctly!  That's why you and Lee never played that song for your grandmother...although she would probably have laughed." 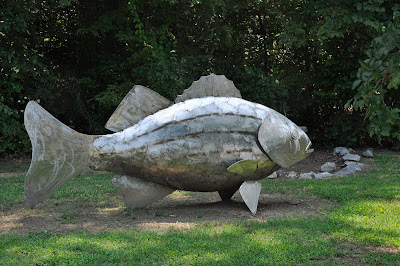 Posted by Bagman and Butler at 1:23 AM