Okay, okay...sucked back in on a Friday.  I was really prepared to miss my first Friday shootout in awhile.  I didn't have any shots of parks anyhow.  Blah blah blah.


Then, drinking coffee and getting ready for work, the insistant call kept singing like a Halloween ghost in my subconscious..."Oooooo.  Friday Shootout.  Ooooo.  Friday shootout."


Haunted.  Cursed to perform, I called in late and dug up a couple. 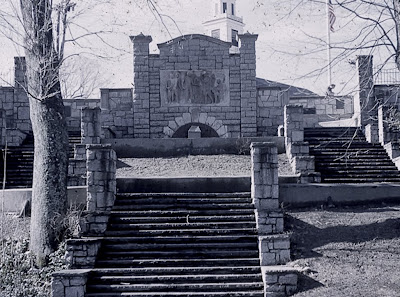 This is the entrance to Sweatt Park in Wrentham, Massachusetts, where I grew up.   My grandfather, Joseph G. Cowell designed it and did the bas relief at the top of King Philip of the Wampanoags selling the land to the settlers for beads.  I've been meaning to do a three part blog on my grandfather and his artwork sometime at the end of November...in fact, no matter what the theme is on the last Friday, I was planning on doing "Artwork" anyhow since I have lots of his work on slides.  And Bagman was going to write about his lusty side -- he was, after all, a Bohemian artist in Paris in the 1920's. 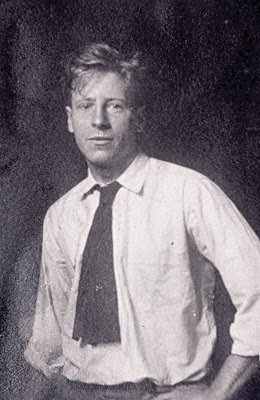 What do you think, ladies?

Oh yes...this is about parks.  I think.  And whether it is or not, I'm getting later and later for work.  This Friday Shootout obsession is going to cost me my job one of these days. 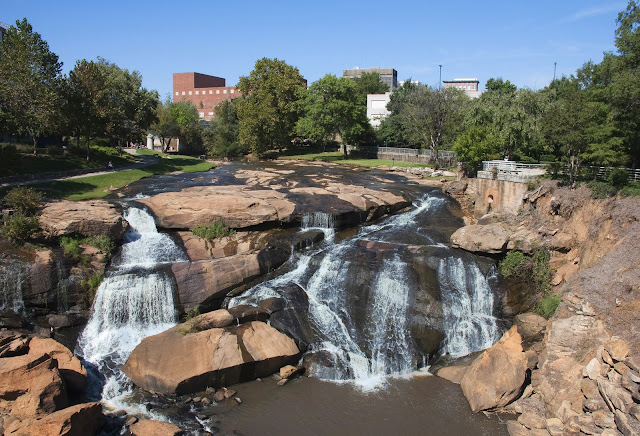 I guess this qualifies as a park.  The river was here long before Greenville.  When I discovered it on a morning walk before a long business meeting which had brought me to the upstate...people were feeding ducks and stuff.  So I guess it is a park. 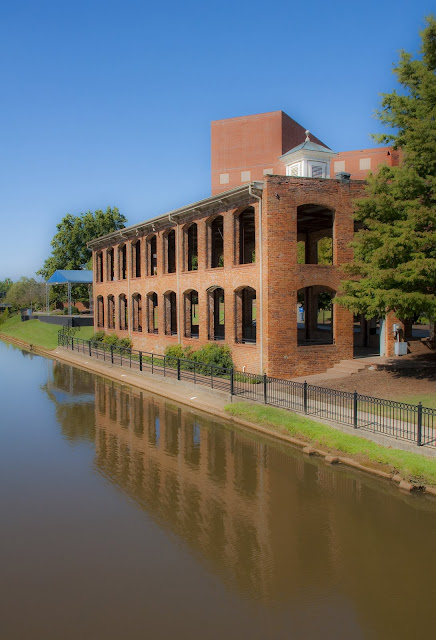 I could probably get through this rushed Friday obsession faster if I wasn't also addicted to digressions...But.  The shot above was one I took, copying an angle from a Greenville photographer whose work I saw in the Hyatt Regency where there meeting was taking place.  During a break, I walked into a lobby area and was stunned by the work of Ray Mosteller.  Although he is not one of our Friday ShooterOuters, his site is worth a look.  But the images are small (because he is selling them, duh) and you can't really see his incredible technique.  In the Hyatt the prints are huge -- maybe four feet by five feet.  He prints on canvas.  At first I thought they were super-realistic paintings.  Then I got mesmerized trying to see how he had photoshopped them.  Delicate, subdued, but incredibly toned.  He adjusts the tones in various parts of each photo so they absolutely glow.  I couldn't figure out all he does...but it is kind of magical.  End of digression.  And no, he didn't pay me for the advertisement. 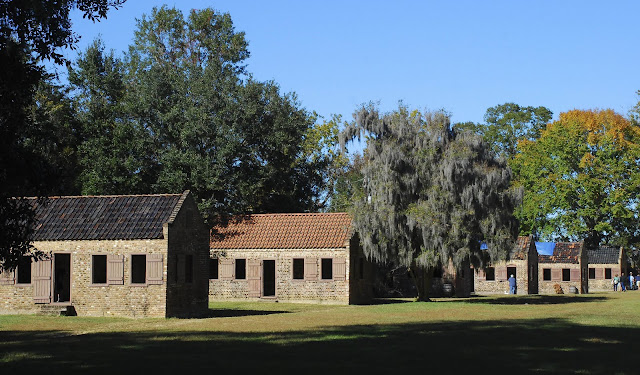 Boone Hall Plantation is right next door to the subdivision I live in.  Does a "plantation" qualify as a "park"?  There are gardens and a mansion, but these are the slave cabins. 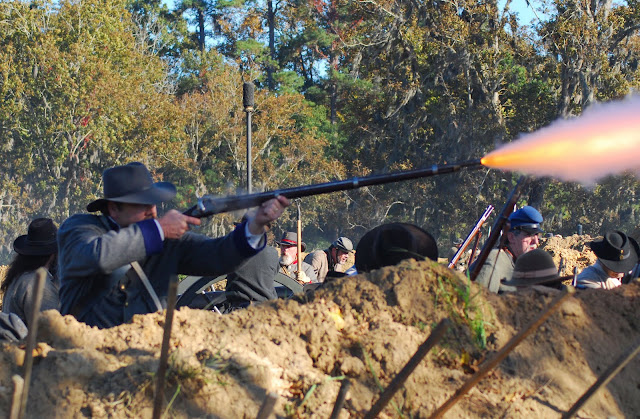 And these are the good ole boys re-enacting a battle from the War of Northern Aggression -- or as history books call it, the Civil War.  Boone Hall is close enough to my house so that the cannon blasts rattle my windows.  The South wins this battler, incidentally; the Battle of Secessionville.  Although the South eventually loses the war according to the history books.  I'm not sure everyone in Charleston believes that.  I should post some of the other shots I took during the re-enactment.

I should to a lot of things.

But I should be fair -- Boone Hall is actually a very healing place.  They also have an annual family reunion that brings hundreds of people from all over who are related to the original families that lived there.  Heirs of both the plantation owners and the slave families come together and have formed lasting relationships..  It is kind of the opposite of the battle re-enactment.

And you know...I really should go to work.

Posted by Bagman and Butler at 8:47 AM