I didn't shoot anything new this week.  Partly because of the endless ToDo list which has descended over me like a giant spider's web... 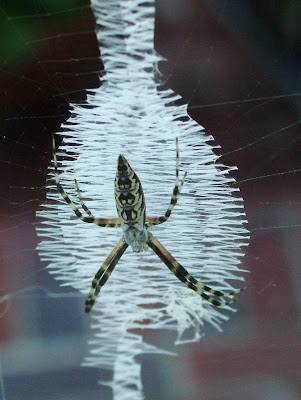 ...and partly because it has cooled down somewhat and the diversity of creepy crawlies outside has diminished.
I did have a moment of excitement last night when we were cleaning out one of the rooms and Karen suddenly shrieked, "It's a cockroach!!  Get it!  Get it get it get it!!!"
With the shootout in the back of my mind I began to run for my camera.
Karen shrieked louder.  "Where are you going!!!  Get it!  Kill it!!  It's a cockroach!!"
So I gave in and demonstrated extreme macho heroism by catching it in a paper towel and flushing it down the toilet.  Poor cockroach.
So here are some archive shots: 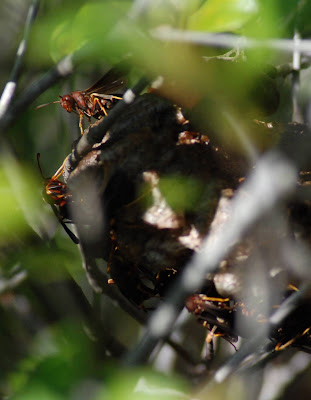 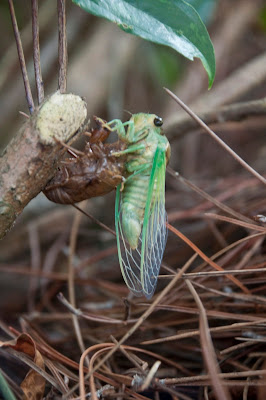 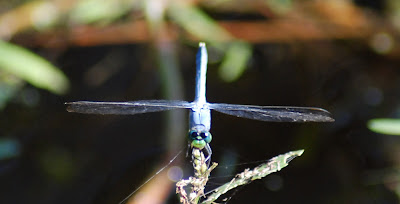 And the one below has been my personal favorite for years: 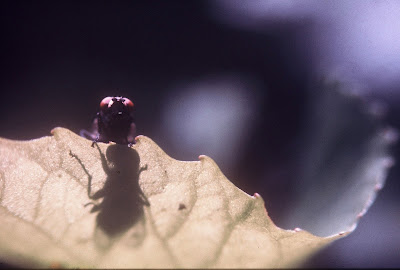 I am often humbled by the realization that some of my best shots were done years and years ago.  Before digital which shows that it is not the camera that makes the picture.  This picture of the fly is interesting because I took it with a cheap single lens reflex -- a Mamiya Sekor, I think.  And I couldn't afford any lenses besides the one that came with it but I had a teleconverter from another camera that didn't fit it well.  It only screwed in halfway and I held it in place with duct tape.  But because there was a gap, it turned into a gerry-rigged close-up lens.  I remember this shot because I was stoned on pot at the time  (yes, I was a pothead before I got sober and started working in the treatment field).  I remember lying in the woods with my duct-tape macro at ground level feeling I was a tiny explorer stalking big game.  Of course, I could have just looked around like any normal person would do looking for insects, but remember I was stoned.  Insects were probbly crawling all over my backside but I was focused at a the two-inch mark.  Then a leaf in front of me quivered and I almost jumped when I saw the shadow of a fly.  The shadow walked around the leaf for what seemed like an eternity but time plays tricks in my state of mind.  I waited as if I was in a blind.  Then suddenly the fly crawled up and peeked over at me and I shot it.  I wonder what it thought about me.  Not much probably. 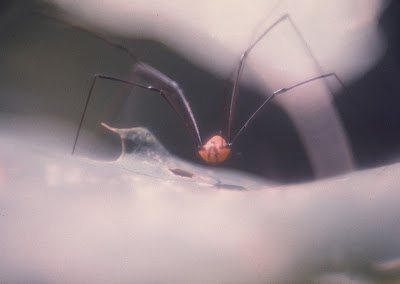 This was also from that very weird micro-safari afternoon
Back to a couple more recent archive creepies: 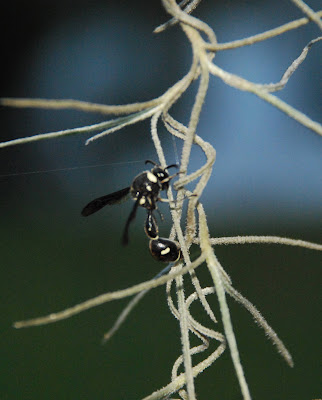 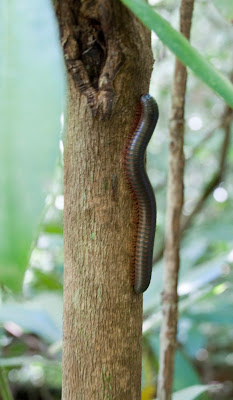 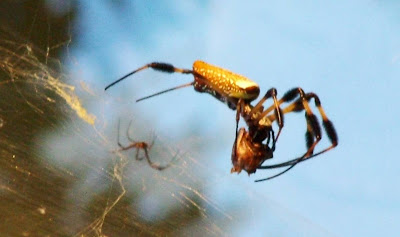 You may recognize this last lady from my grotesque header.  I was going to post my black widow (that was really a brown widow) shot but I've posted it at least three other times and it seemed like overkill.
BAGMAN:  "Hey.  How come you never bring us into your blog anymore?"
BUTLER: "Yes.  We are beginning to feel very unwanted."
I pause and look at them standing next to me with downcast eyes.  "I'm sorry guys.  I'm not sure why I've been leaving you out of many of my blogs.  I could rationalize that I've been rushing through my blogs and not taking time for digressions...
BUTLER: "You think of us as mere digressions?"
I think for a moment, wondering if this is the right time for a serious family talk.  Because recently, I've been feeling more integrated and Bagman and Butler haven't seemed so important.  Or maybe because I've been working on a novel and struggling with charactor development, Bagman and Butler seem kind of shallow and flat to me.   But I don't really want to get into all that with them, so I simply say, "I don't know, guys.  Maybe we'll talk about it later."
BAGMAN:  "You blowing us off?!!"
I don't answer.
BUTLER:  "Yes, Baggie.  He is blowing us off."
I leave the room and shut the door just as a large muddy boot slams off of it.
And I scuttle down the hallway... 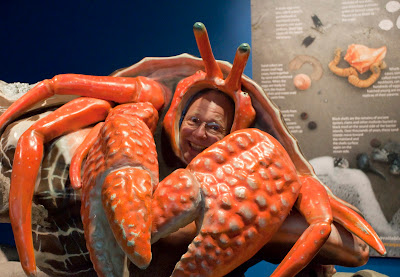 Posted by Bagman and Butler at 7:54 PM