(WARNING!!  WARNING!!!  THIS IS GOING TO BE TOO LONG FOR A BLOG.  APOLOGIES IN ADVANCE.)

I enter the B&B studio with an extra cushion for my chair.  I know already this is going to be a loooong post.  Doors have always been one of my most favorite things on Earth.  Entering, leaving - whenever I pass through any door, everything changes,  assuming I notice it.

BUTLER: "I suppose, if you are already planning to bore the world with a long-winded, too many pictures blog, you aren't going to let us talk much."

"Probably not," I reply.

BAGMAN:  "Just try and stop us!  We already planned our own photo blog and we're going to put it in no matter what!"

Ignoring them, I continue discoursing.  Oddly, my interest in doors started as a reaction to something someone said long ago when they were looking at a collection of my photographs, most of which were of trees, mountains, peaks, tall buildings, etc.  "Very phallic," they said.

Now I'm not a big follower of Freud, nor am I particularly homophobic, but...

...but it made me think.  I like mountains and trees and I never thought of them as phallic, but I wondered what I would shoot if I related my creativity more closely to my favorite orientation, which, at the time, was (confess confess) women.  And I suddenly saw doors all around me.

I know that Freud is supposed to have said "Sometimes a cigar is just a cigar."  And, of course, many times a door is just a door.  But, in general, doors seem to be to be more...what's the opposite of phallic anyway?  Saphhic?

BUTLER:  "Yonic."  Look it up, I'm not adding any more length to this blog that necessary."

BAGMAN: "At least post a picture once in awhile, Dude.  This is suppose to be a photo blog!" 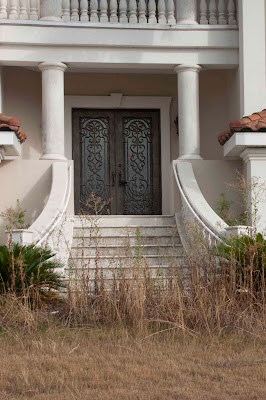 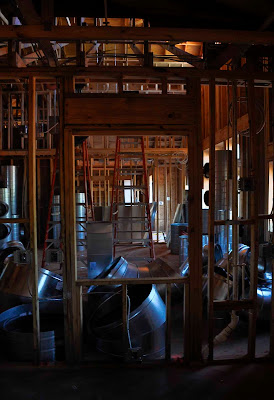 Greenville, SC
(Doors in the process of being built)
(Embryonic doors?)
WHAM!   BOPPED ON THE HEAD, I SLUMP OVER MY KEYBOARD, VAGUELY AWARE THAT BUTLER AND BAGMAN ARE TAKING OVER MY POST.  MY LAST THOUGHT BEFORE I PASS THROUGH A DOOR OF FOG IS THAT THEY'RE PROBABLY GOING TO PUT IN STUPID STUFF.
BUTLER: "Door are just doors.  They come in many forms and have many uses." 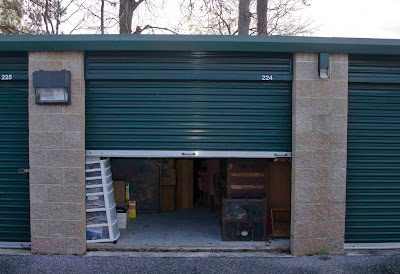 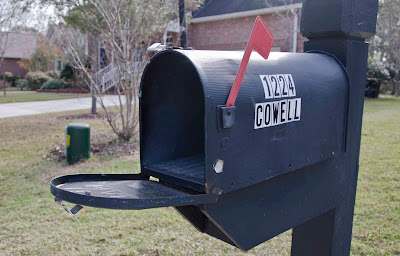 Your mail goes into a kind of door until you take it out of the same door.
BAGMAN: "What's mail?"
BUTLER: "It's a kind of antiquated communication form used mostly these days by catalogue printers." 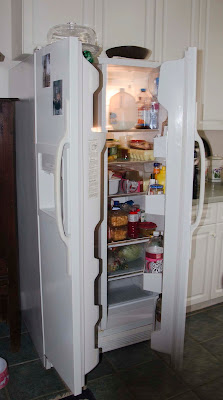 Most of what we eat comes out of doors 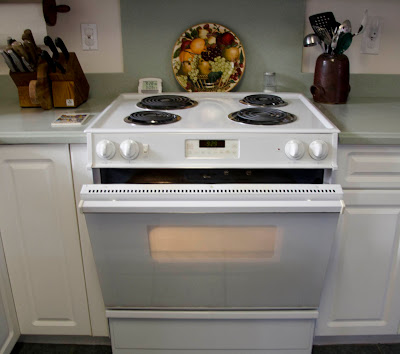 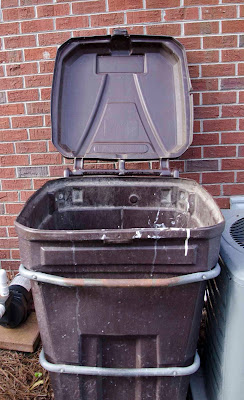 Because the media has made us all paranoid,
almost everything we eat is wrapped or double wrapped
which creates endless garbage which must be sent through other doors.
BAGAMAN: "Does anyone remember when cereal was just in a box without being additionally wrapped in a plastic bag?   I know it was true with Cracker Jacks because I always opened the box upside down to get to the price first. 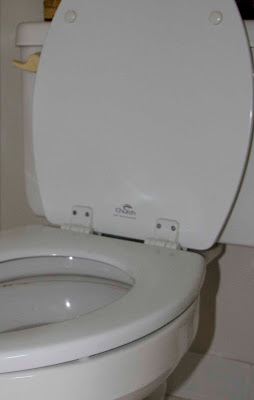 And, of course, the food we actually eat
eventually starts its trip to the sea through this door.
MUFFLED VOICES...LIGHT...FOCUS...I REGAIN CONSCIOUSNESS AND LEAP UP, GRABBING A BASEBALL BAT TO FEND OFF ANY MORE ATTEMPTS TO HIJACK MY BLOG.
I scream at them.  "Did you guys just post a photo of a toilet on my blog!!"
BUTLER:  "Put down the bat, Mark.  We're done and you can go on talking people to death all you want."
BAGMAN: "A baseball bat?  Very phallic, Dude."
They leave.  I put down the bat...gently.  I'm running out of energy and my lifelong fascination with doors begins to seem more childish than yonic.  Maybe I'll shut up and just post some stuff. 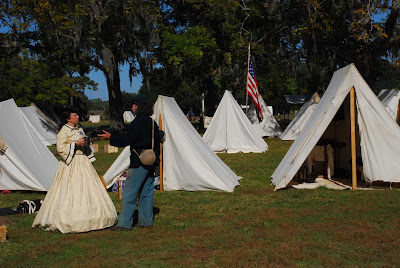 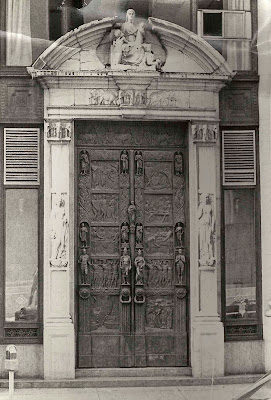 Boston - The Salada Tea Company Building
(Salada has not been here for decades, but they left their door)
Althought I took this in the mid 70's and don't know if it is still there. 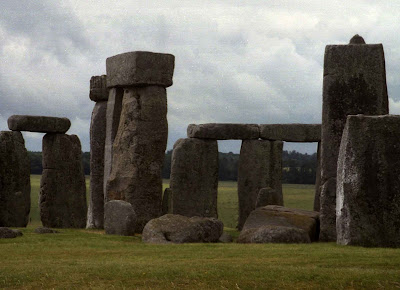 Stonehenge
(Hmmm....maybe the Druids used these for doors?) 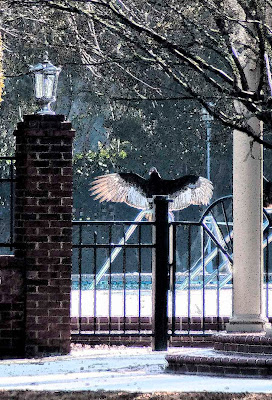 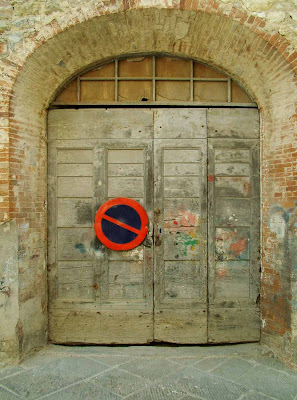 On Doors #16
Watching you from my porch
changing your locks
with such regularity and detail
it’s almost a challenge
of new combinations, the latest
deadbolt, and of course a chain or two.
Whatever happened to the oaken beam
that woke the neighborhood at night
when it fell in place?  Changed because
it could be torched?
replaced with tempered steel,
But once you’re safely in
just suppose that that I and all the other thieves
just sit and sleep with nothing left to prove
Ah, but yes, there’s always some young
set of fingers itching to be tried.
_____________________________________________________________________ 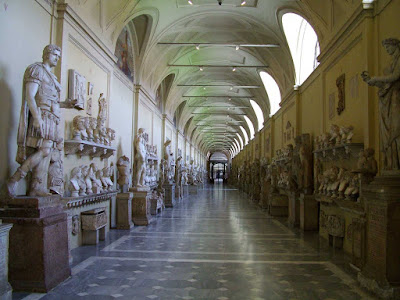 Vatican City
Sometimes the path to a distant door is long and full of interesting things.
Take time to appreciate the trip without rushing to a destination.
The phone rings.  I pick it up.  It's Bagman.
BAGMAN: "Hey!  Butler wanted me to ask you if a hallway is just a hallway?" 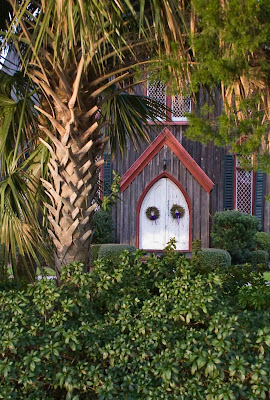 Beaufort, SC
A spiritual door with some natural growth to get through first
The phone rings again.  I don't answer it. 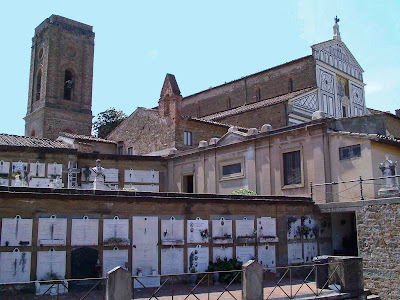 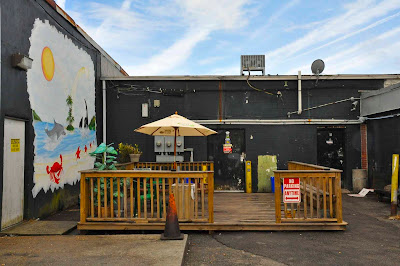 Charleston - Outdoors doors
(This in in the alley behind a restaurant.
I think the staff takes breaks here.) 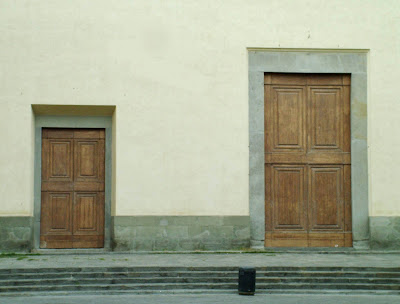 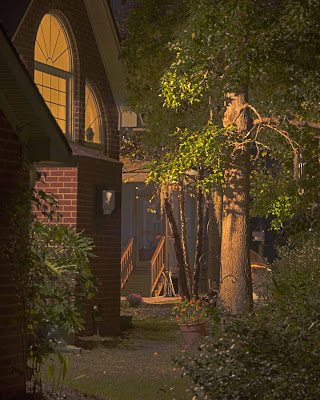 My  back door at night
(Actually the steps lead up to my neighbors back door.
To get to mine, turn left right after the bush.
Y'all come now.  Heah?
The phone rings.  Since I'm done, I answer it and hear Butler's voice.
BUTLER: "I just wanted to warn you that you're wife is looking for you.  She doesn't usually talk to me, or know we exist, for that matter, but you've been in the studio for over 36 hours, writing a blog that nobody will have the stamina to read all the way through to the end.  She's wondering if you are all right."
"Tell her that I'm fine.  Apologize for the me spending so much time in the studio.  And that I'm coming out now."
BUTLER:  "And be careful.  She found a cigar in your truck."