But the circus was in town.  And Conner and Noah had never been. 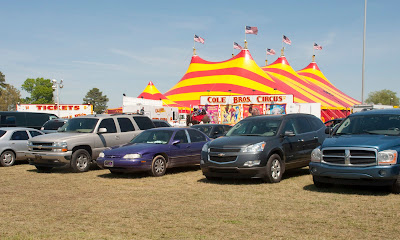 The Cole Brother's Circus -- Since 1882 -- Bringing new and exotic ways of parting parents from their money!
We didn't let the pickets from PETA with boycott signs stop us.  Although I did feel appropriately guilty.  But I pushed the thoughts away and wondered whether I might find some circles or triangles or squares for Friday.
Maybe the elephant's toenails were kind of circular... 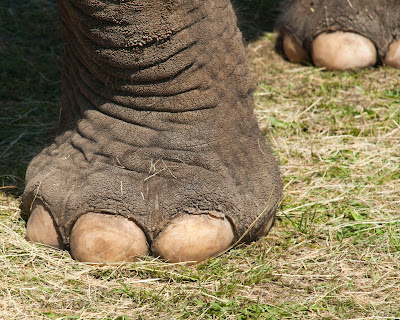 But are these normal cuticles or signs of mistreatment.  Feeling guilty again.
(But I did find a circle nearby -- but will hold it for Friday) 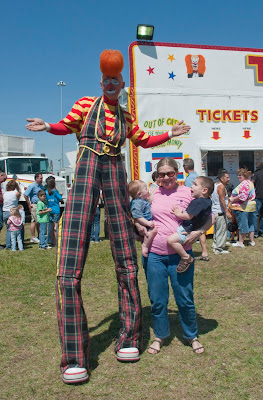 Picture with the tall clown --
Karen is still smiling in this one.
For the price of a prime time first run movie, Conner got to ride a pony because everyone else was getting to ride a pony.  For 2 minutes. 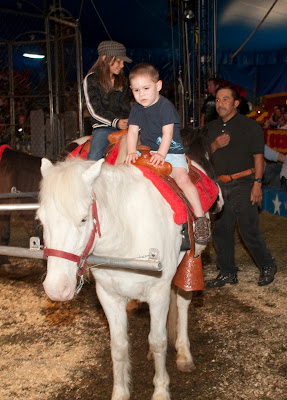 ...and he doesn't even look that happy to be doing it!
Perhaps because... 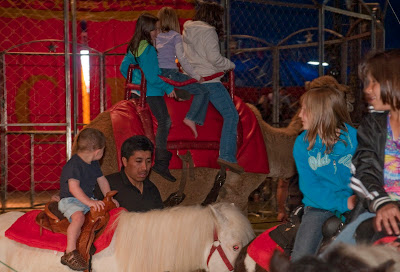 On his first trip around the circle he saw kids riding a camel
and wanted to trade up.   Excitement to frustration in 2 minutes.
Meanwhile, I was trying to shoot circles and triangles and squares... 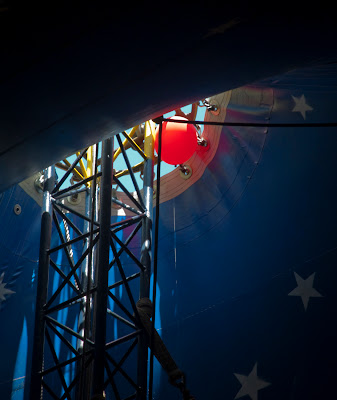 I'll throw this one in here...and save the better one for Friday.
﻿Meanwhile, the devious circus vendors convinced Conner to force his grandparents to shell out more outrageous money... 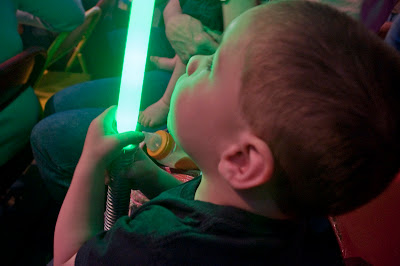 ...because the kid in the seat behind us had one.
(I'm just grateful that circus people don't have control over gas prices.)
And we misjudged Noah, of course.  He has grown out of babyhood just enough to know that he wants what Conner has!  Consequently a running tug-of-war began that went on for the duration of the circus. 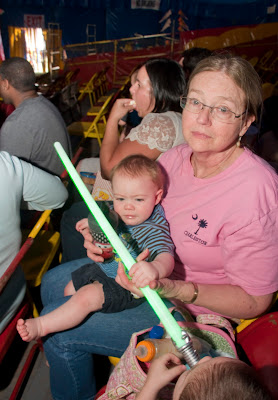 Noah's death grip!
Karen is no longer smiling...pleading but not smiling.
I should really not give the wrong idea.  When the circus actually started, the boys were mesmerized.  I couldn't take any pictures, however, because Conner was standing up on my lap and waving his hands, clapping, yelling encouragement and literally shaking with excitement at the lions, the dogs in pink tutu's, the horses and...well, not so much when the camels came in because he was struggling to get off my lap to run down and get the ride he had been deprived of.
He really did have a wonderful time jumping up and down on my thighs -- which stull ache.  It must have been a good show although most of what I saw was the back of his shirt.
Oh yes...and... 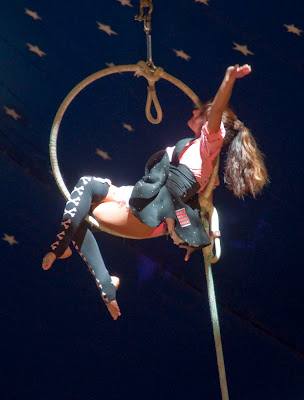