Well, I'm excited about this one!  I've been looking through pictures and discovering shapes in them!  So many great shapes that it is impossible to choose.  Obviously, I need the help of Bagman and Butler who are now speaking to me again.

I bound into the office and spew 100 images across the floor with a flourish.  "Which ones should I use?"

BAGMAN:  "Too early!  I can't cope with someone who bounds and spews before coffee."

BUTLER (Eyeing me seriously over his reading glasses):  "You can't use any of them."

BUTLER: "It's not a shootout.  It's a scavenger hunt and they were very specific about the rules."

The word "rules" is a more powerful stimulant for Bagman than coffee and he bounds from his chair and begins spewing invectives.

BAGMAN (Spewing in an accent that is halfway between Jack Nicholson and Cheech and Chong): "RULES!  WE DON'T NEED NO BLEEPING RULES!"

BUTLER:  "First of all, you can't speak in an accent that is halfway between three people."

BAGMAN:  "Okay...Nicholson and Chong then.   But when have we ever followed rules?!"

BUTLER:  "Rules can be our friends.  Let's do it right for once.  Straight from the camera.  One picture for each shape and/or one picture showing all three shapes.  And taken somewhere near where we live.

"Isn't the archive near where we live?" I protest feebly.

BAGMAN (whining in an accent that is halfway between Fran Dreiser and any unhappy child under ten):  "Okay, have it your way, you rigid geek.  Here!  Use this one and be done with it!" 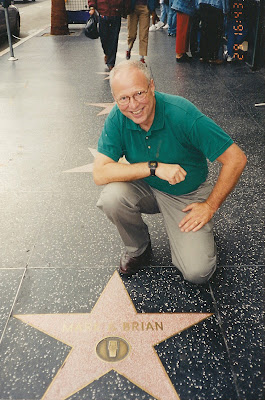 BUTLER:  "It's from the archives!  Secondly, it is obvious that Mark did not even take it!  Thirdly it is a star!  We're supposed to find a triangle, a square, and circle!"
"Hey!  I remember that shot!"  I say.  "I was walking down Hollywood Boulevard in L.A. and found a star that said 'Mark and Brian' although it is hard to see the 'Mark' because of the glare."
BAGMAN:  "Mark and Brian?  Never heard of them.  Present company excepted."
BUTLER:  "They've been doing a comedy radio show on KLOS-FM since 1985 although I'm not sure why they deserve a star on the Hollywood Walk of Fame.   In any case, I'm disqualifying the photo because a star isn't on the scavenger hunt list."
BAGMAN:  "But there's a circle in the middle!"
Meanwhile, I've decided that this banter has been going on far too long and we haven't even posted a picture, so I post the only one that fits. 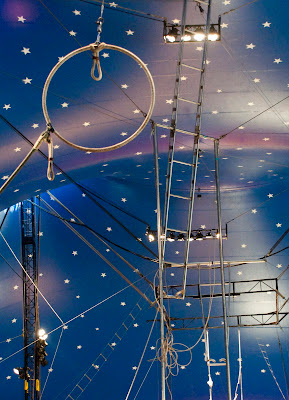 "How about this?  It's from the circus on Sunday in Ladsen which is pretty close to where we live.  I think it has all the shapes.  I took is specifically for the scavenger hunt.  Does this qualify?"
BUTLER (pondering):  "Is it straight from the camera?   You didn't photoshop it?"
I hesitate, trying to remember. Defensively, I reply, "Well, I might have adjusted the exposure and sharpness a little but you have to do that when shooting in RAW because it I was shooting in JPG, the camera itself would have made some adjustments.  So I was just doing what the camera would have done so it's almost like it was straight from the camera."
BUTLER (cross-examining in an accent halfway between Matlock and Perry Mason -- I know, I know, I have no idea what that would sound like either):  "And....?"
Staring guiltily at my feet, I respond in a whisper, "I might have cropped it a little."
BUTLER:  "Busted!!!  A little?!!!   You cropped it so much that you changed it from a horizontal picture to a vertical picture!  I have the original evidence!" 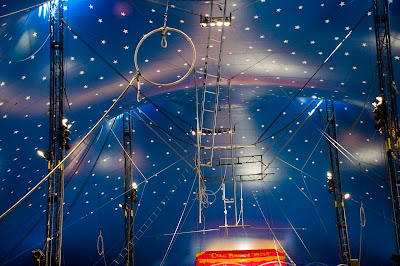 I hang my head in shame and throw myself on the mercy of the court.   ﻿
Posted by Bagman and Butler at 3:43 AM