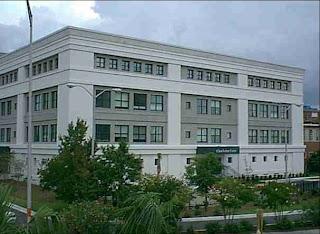 
In June of 1998, I took over at the helm of an alcohol and drug treatment agency where 165 people were helping 4,000 people a year in various stages of addiction. I tried not to show it, but I was in shock – amazed that I had talked my way through the hiring process and wondering if I was up to the job.


BAGMAN: “At this rate you’ll be retired before you finish the freaking blog! Although it’s about a stupid building and I ain’t gonna read it anyhow!”

At the time, the building we are now in was 6 months from completion. The company (which I will not name in order to avoid libel) was building it over the shell of an older country building that had been gutted.  They gave me a hard hat to wear as I watched an army welding and banging, and tried to pretend I knew what they were doing. In the eleven years that followed, I have come to think that some of the workers were also only pretending to know what they were doing as well. 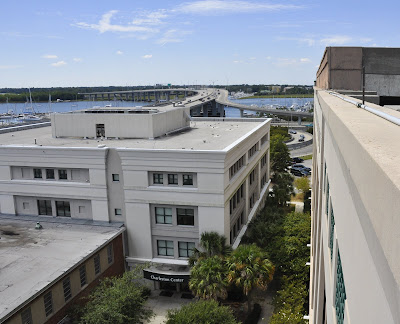 I love it but Charleston Center has no style whatsoever. It is a big, concrete, cube.  But it may be the only County Public Detox in the world with a view of a yacht club.

BAGMAN: “As if anyone cares!”


The stairwells were left unfinished because it was assumed that everyone would use the elevators. 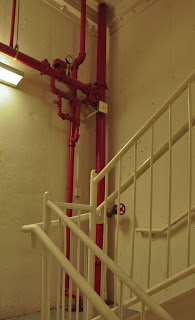 Although, for some reason, they painted the pipes bright red. 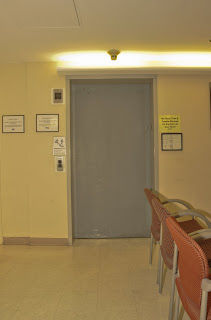 The two elevators are the only ones in the entire world not built by Otis. I think they were made by Tonka.  Nor were they properly sealed so that humidity – which Charleston is known for – regularly short-circuited the controls and regularly stranded people for hours at a time.


Treatment Centers should provide warm, welcoming and therapeutic open spaces that invite clients to relax. Charleston Center has accomplished this well for the five or six clients we have had who are Navy veterans who served on submarines. 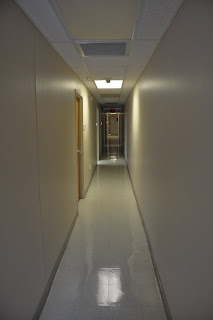 A notable exception to this are the wide open receptionist counters. There are two on each floor! 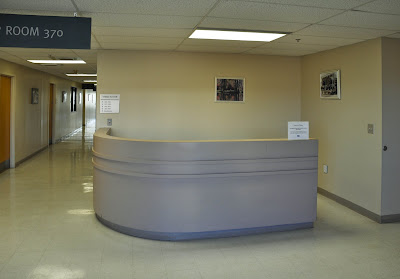 These were aggressively negotiated by my predecessor who shall be un-named who planned to have receptionists, front and back, on each floor. Unfortunately, the first time I had to put together a budget I discovered that her revenue projections had been $2 million over actual so instead of hiring six new receptionists, we had to let people go. By then I was REALLY wondering if I was up to the job. 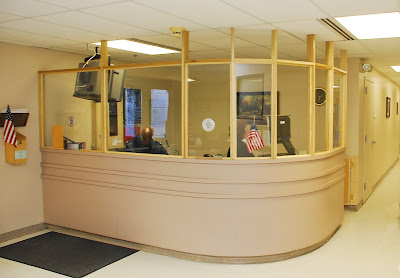 We did keep one reception desk for an actual receptionist and security in the lobby and enhanced the warm and therapeutic atmosphere by installing shatter-proof glass around them. 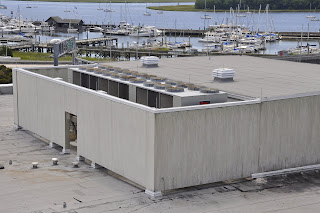 These are the air handlers on the roof of Charleston Center. Or maybe they are coolers. I still don’t understand how heating and air conditioning works in big buildings. One of the 4,562 repair-persons who have come in to fix various problems told me that you have to heat the air before you cool it – or cool it before you heat it – none of which sounds logical. But I glass over quickly while waiting for the dollar figure estimates. But I do know that people hired by the original contractor who shall be unnamed -- except it’s on the front of the hard hat in my office – installed almost half of the internal air handler that moved hot (or was it cold) air through the dropped ceilings backwards. So they blew air in the wrong direction and often caused smoke and set off the fire alarms.

The fire alarms work very well. Staff who have been here for any length of time keep ear plugs in their desks to protect their hearing while exiting the building. 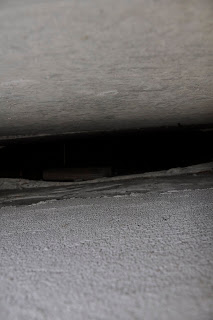 Now, this totally stupid picture shows a vent to the crawl space under the building. There are very few basements in the South and most houses and buildings have crawl spaces. I’m not sure what they are good for; so far nobody has ever asked me if they could crawl in them. 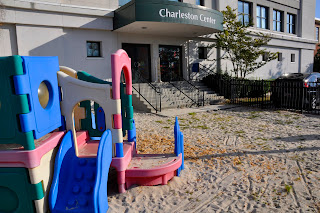 For awhile, they were useful to a growing population of feral cats. We could not, at first, figure out why these darling homeless pets were attracted to our underbelly until we discovered that the employees of the building next to us were putting out food and milk. Of course they meant well, trying to feed the homeless. But the result was they were attracting the homeless. And the problem for us was that we have a playground for children of our clients and the cats naturally assumed that we had provided them with a giant litter box.

The employees of our neighboring agency objected when we asked them to stop until we reminded them that they were employees of the Public Health Department and cat poop in a children’s playground didn’t seem to jive with their mission. They stopped. Cats left.

That’s when we began finding seasonal swarms of termites. In case you haven’t noticed from the pictures, Charleston Center is a concrete structure. We wondered if we had discovered a new breed of stone-eating insect. But no. Eventually we found someone who was willing to crawl in the crawl space and discovered that the un-named low-bidding contractor alluded to above had saved the expense of hauling out all the wood of the previous structure and simply stuffed it under the new one.


However, we have done okay with with this building despite it's idiosyncracies. We have a nice training room where sometimes we train... 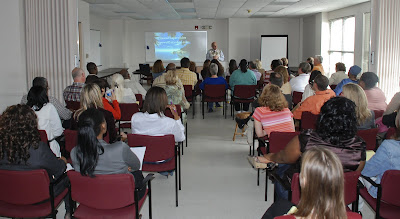 and sometimes we party... 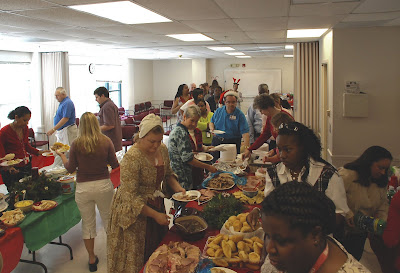 We have a parking lot... 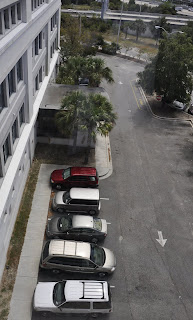 not as big as the one next door... 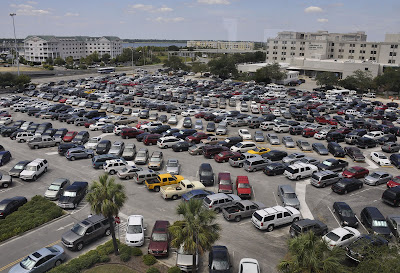 And we have room for growth. Of course in the eleven years that I’ve been here the budget has gone in the opposite direction. But if we ever can grow we have room to do it. 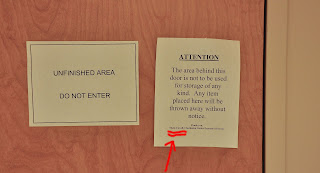 Behind this door is a huge unfinished space where we dream of building an exercise room, or a lounge, or a cafeteria, a meditation room, an indoor fountain, a library…but in the meantime we need to make sure that nobody uses it for storage. Look!  My name is even on the bottom to make absolutely sure this rule is enforced.

Somehow I think my name doesn’t carry as much weight as I sometimes think it does.

BAGMAN: “That’s because you’re too damn proper to punch anybody in the nose.”