Just a couple of Christmas shots.

This year, I made a real effort to just enjoy Christmas morning without putting a lens between myself and the festivities.  In past years I have obsessively videoed or photographed the unwrapping ritual and have missed the entire thing and ended up with a ton of boring shots of people tearing paper.  So I left the camera on the shelf for the day and enjoyed it more.  Although there was one moment that I wished I had caught.  But a small sacrifice for just being part of everything instead of acting like an uninvolved photojournalist.

But I did take out the camera at the request of the group for a group shot. 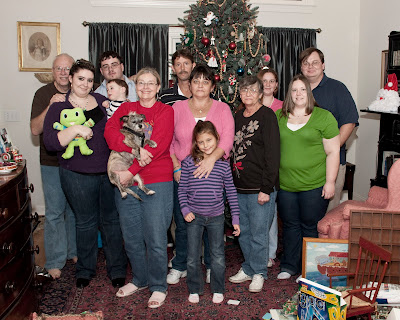 Thank goodness for Photoshop.   I took five or six versions and this was the only one that had everyone's eyes open.  Except the original had one small flaw. 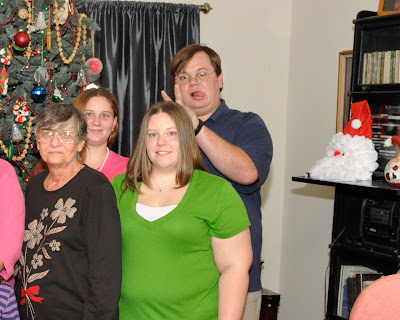 But I was able to find another one in which Thomas was behaving himself and, because I had used a tripod, was able fairly easily to replace him for the photo at the top.

Then I took the camera out one other time.  It was also Conner's first birthday -- well, a couple of days off but close enough.  We had the bright idea to give him a cake just for his own fun and exploration.  He was happy but a tad confused at having a huge sweet thing in front of him with nobody feeding him.  Just let him do what he wants! 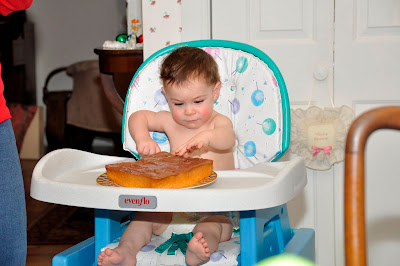 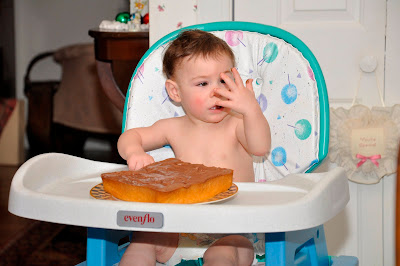 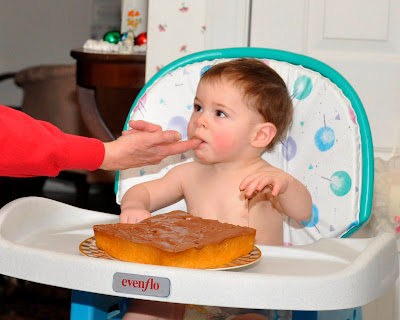 "Nana to the rescue." 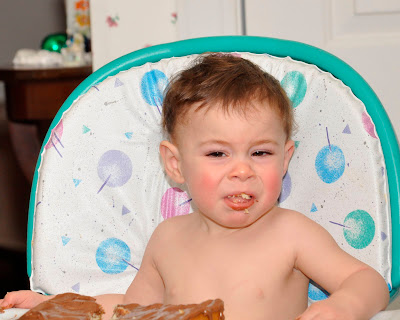 "Maybe I'll stick to the painting part.  Not sure about the taste."

Posted by Bagman and Butler at 6:21 AM