Once again, I thought that I would miss this shootout...but at the last minute found a wrinkle in time to squeeze it in.  I did not have time to touch up some old scanned shots to remove scratches and hairs and stuff...but I'm going with them anyway.

BUTLER:  "I wish you would think twice, Mark, before being so lazy."

But it will be weird, I'm afraid.  No new shots -- had to dig hard in the archives to find angels and most were a bit unconventional. 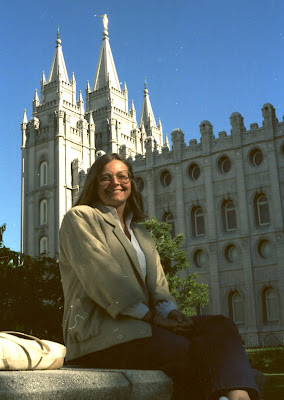 The tour begins with this scratchy shot from 1988.  And while Karen is, indeed, the angel of my life, I also wanted to show the Angel Moroni at the top of the Morman Temple in Salt Lake City...home of the Latter Day Saints  I did have a telephoto shot somewhere but must not have scanned it... but it is the tiny figure at the top of the middle spire.

If I remember the history correctly, the Angel Moroni appeared to Joseph Smith, founder of the LDS Church.  In Missouri, I think.  Smith was just a country boy until the angel showed up and revealed the golden plates to him.  I think he also dictated the Book of Morman to Smith as well, through a process where Smith took special stones, put them in his hat, put his face in his hat and was inspired to dicate the book.

I don't mean to sound disrespectful.  Putting your face in a hat full of stones sounds like a bizarre way to create a religion but sending some sheep herders to a barnyard stall to see the baby of a homeless couple is kind of bizarre too when you think of it.

But the Lord works in mysterious ways.  I spent a lot of time in Salt Lake Cithy when the company I worked for was building a treatment center there.  It was an odd place to put an alcoholism hospital since Salt Lake is mostly Morman and Morman's don't drink.  But over the years we changed the treatment regimen because there was a huge prescription drug problem for women in Salt Lake.  Again, I'm not trying to put down the LDS church because living two weeks out of every month there for two years, I made many wonderful morman friends and admired the way the church cared for people.  But it was a very paternal church and women were suppose to have lots of kids and stay at home...that was changing some in 1988 but still there were alot of depressed women.  And also a lot of morman doctors who treated depression as a Valium Deficiency. 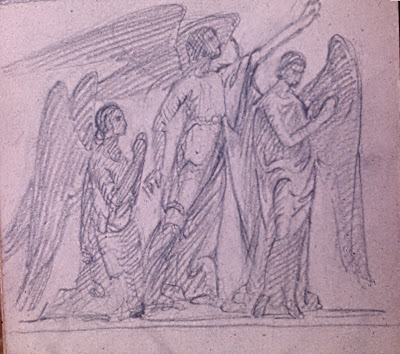 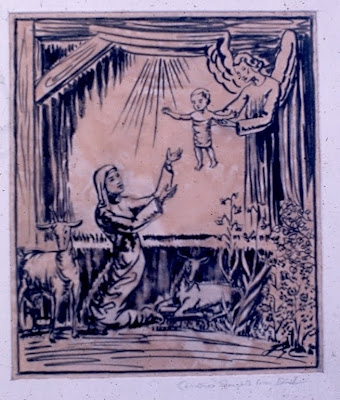 And made a Christmas card from an etching he made in a metal plate. 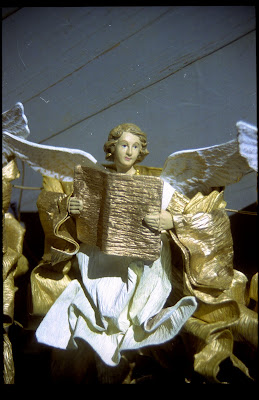 This was an angel Karen and I bought somewhere and I don't know where it is now.

And the only other angel shots I could find came from our trip a few years ago to Italy. 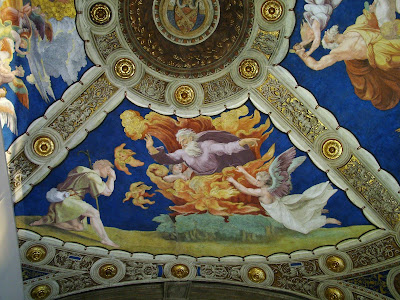 The one above seems pretty typical, but in the Vatican... 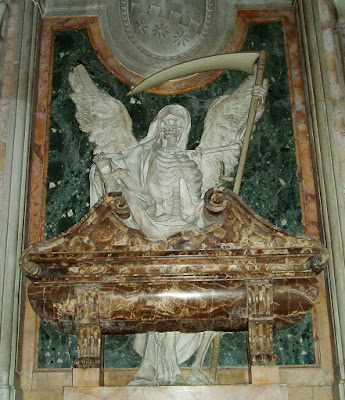 ...this one seems scarier than my idea of an angel... 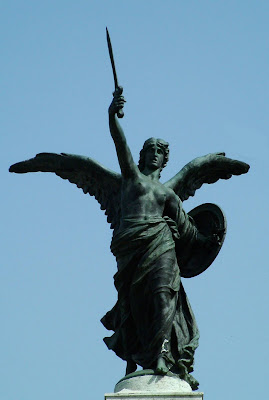 And this one, a bit more warlike.

But maybe I'm wrong.  Maybe these aren't angels.  If all that glitters is not gold, then maybe everyone with wings are not angels. 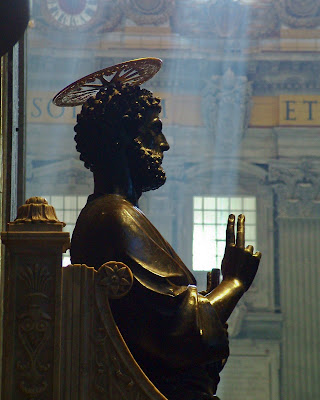 And I know that there is a difference between Saints and Angels and St. Paul doesn't have wings but he has a halo...but he looked a little Christmasy.  And I know I posted this before.  But I'm running out of time.  I need to wrap presents.  And pre-post this for Christmas morning.

I wish angels for all of you...

Posted by Bagman and Butler at 1:37 AM