It has been Navy Week in Charleston.  Usually there is a large airshow at the Air Force Base but budgets being what they are, it was cancelled this year.  But the Blue Angels still came to town and held their show over Charleston Harbor instead.   I suspect that more people got to see them because there was no charge and the view was perfect from just about any place on the Cooper River.

For me it was a great time to experiment with lighting and autofocus since the subject matter was almost always backlit -- not to mention moving very quickly.

Anyhow, before the week starts again and I get sucked back into the vortex of reality, I thought I'd post a few. 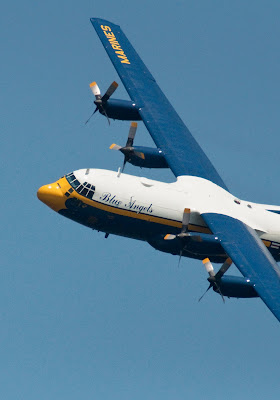 Like all good concerts, they have an opening act.  This is "Fat Albert," the plane that travels with them with mechanics and parts and stuff.   These aren't just mechanics but the best in the Navy and Fat Albert is also capable of showing off itself.  It climbs at a 40% angle -- commercial jets like we ride on climb at about 7%. 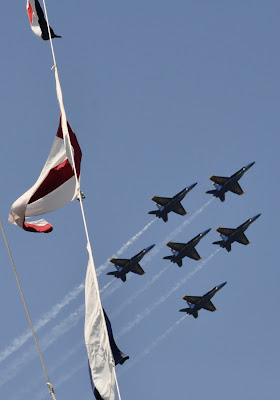 Then the major attraction shows up. 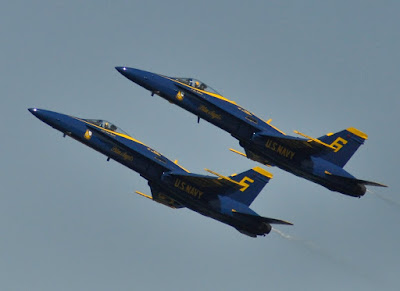 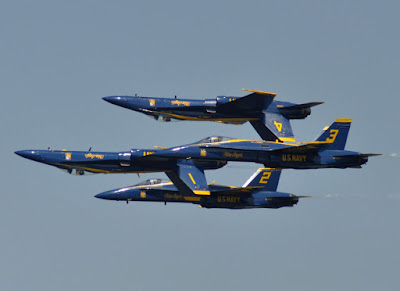 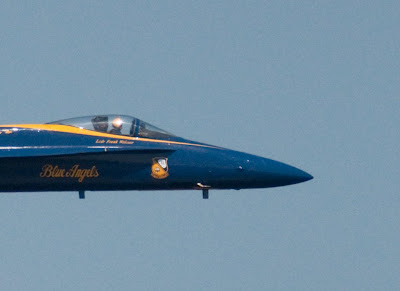 This guy is having way too much fun. 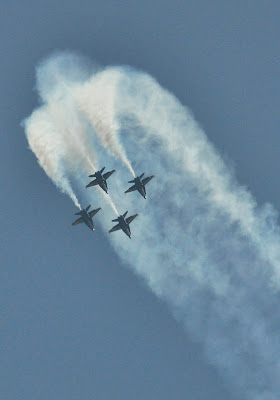 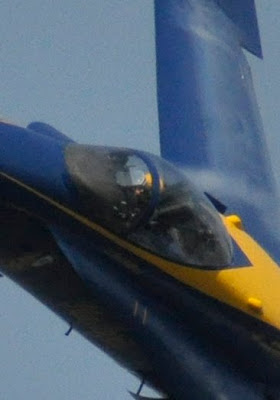 I think he was winking at me.
Wait a minute!  It can't be!
But he looks a little like Bagman!
Maybe that's where Bagman has gone! 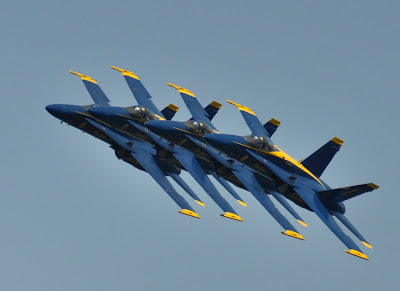 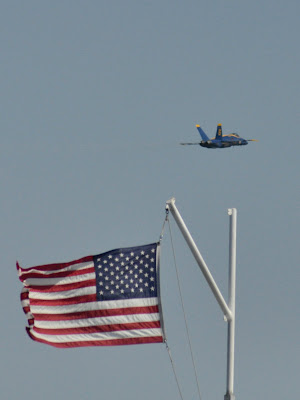 Then, in a flash, they're gone!
These guys move really really fast!
Posted by Bagman and Butler at 10:23 AM