So I'm about to leave work and go home and work on the Friday photoshoot - twisted.  I look under my desk at work and get my first shot.

﻿
It's not Ansel Adams but at least I have taken out my camera and actually photographed something so I feel pretty good.  I start to call my wife to tell her I am leaving work -- I'm not sure why I got into the habit of always checking in.  I guess it's sweet.  But I start to pick up my work phone and... 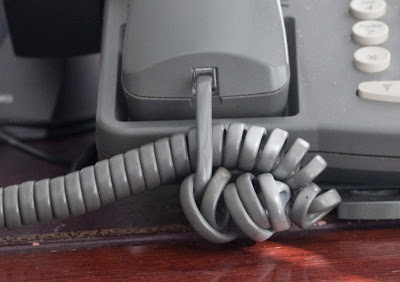 This is not as bad as it sometimes is...but WHY I've often wondered do telephone cords always get twisted?  It's not like I'm turning in circles when I talk on the phone.  In fact I almost always just pick it up, talk, and put it down.  So why it twists up, I haven't a clue.  I wonder if Alexander Graham Bell had the same problem.
Undeterred, I zip on home past a twisted palm tree. 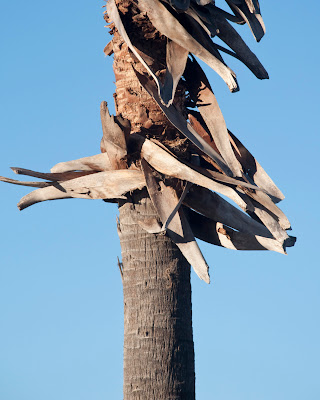 Hey!  At least I'm shooting again instead of pillaging the archive!
And here's another I took this week!  I shouldn't brag because I've done so little shooting, the camera confused me (controls all twisted up in my mind) so I just shoot automatic...and without much thought. 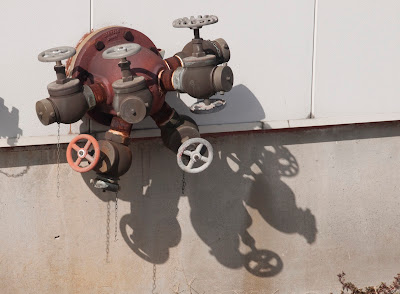 Lots of handles you could twist on this thingamabob.   I guess maybe the fire department knows what to do with it.

But traffic is so tangled up that I wish I was riding a bicycle instead of driving a car. 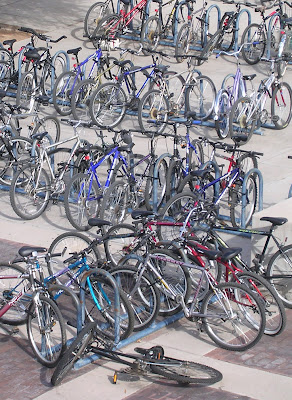 Well, maybe bikes tangle up too!  And, of course, now I'm back to the archive.

But I get home and start to head for the Bagman and Butler Studio when Karen stops me to ask if I can connect a cute little pre-school video game that the grandchildren got for Christmas..."Sure, no problem!" I say crawling behind the television. 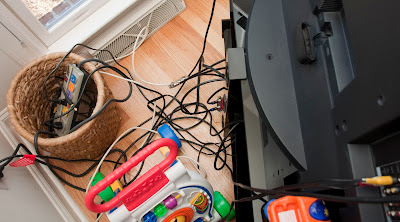 Wait a minute.  Is it Video Input 1 or RGP input 3 and AUX 1...Does anybody remember when you just turned the television on?  And why do we have three remotes for one television?
And before I get to the B&B studio, Karen has another "To Do" for me. 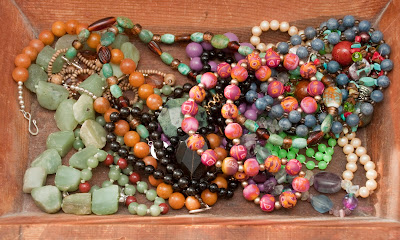 She knows that I like puzzles and so I often get the twisted puzzle task of separating out her necklaces.

And on my way upstairs, I notice another VERY SUBTLE twisty thing -- 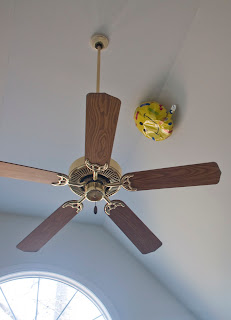 Don't try too hard to see what is twisted because it is Microscopic!  The grandchildren LOVE balloons.  The rubber balloons, of course, lose their helium within 24 hours!  But the Mylar Balloons keep helium in forever.  This one slipped free of it's string over a month ago and ascended to a place of safety high on the vaulted ceiling.  Now you can see that it is just beginning to get flat and, in fact, has begun moving.  It will be interesting to see where it ends up.  The last one that got stuck on the ceiling, for the grandchildren to point at daily, eventually reached a point where it was neutral to gravity.   So it would float around the house for a couple of days and we would find it in the second floor bathroom, in the hallway, in the kitchen -- it was like a ghost and would move at night and sometimes you'd walk into it and scare the spit out of yourself.  I suspect this one will soon start wandering as well.
BUTLER (who has come down to see why I'm dawdling): "And what has this got to do with the "Twisted" theme.
I explain to him that it might be a stretch, but I figure the microscopic fibers in the Mylar material must be really twisted very tight to keep in helium atoms for so long.
BUTLER:  "You're right!  That is a stretch."
I walk in to the studio to download the camera realize I loaned Brian one of the cords that link the camera to the computer.  But I have a spare. 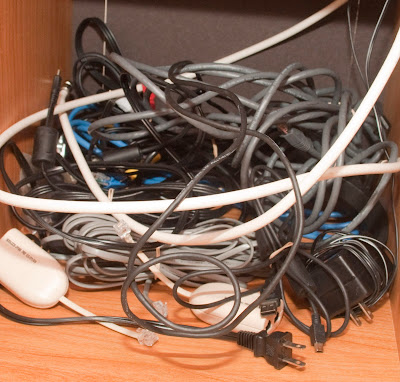 Although finding it and untangling it might be a problem...
Meanwhile, Bagman and Butkler, who have no faith anymore in my ability to use a camera have been ransacking the archives and are ready to post old shots without me.
BAGMAN:  "I've got one!!  I've got one!!  The lustful twisting and tangling of bodies while..."
BUTLER:  "Don't say that word!!
BAGMAN:  "What word?"
BUTLER:  "The 'F' word!"
"Never mind the word," I say, growing concerned, as always, with Bagman.  "Don't post the picture!!"
BUTLER:  "No problem.  I've got enough for the rest of this post and I'm controlling the computer."
I set about the task of untangling my spare wires while Butler starts posting twisty things from the archive. 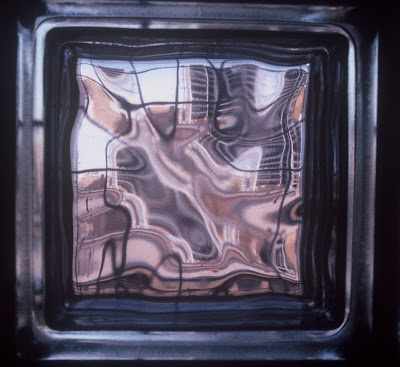 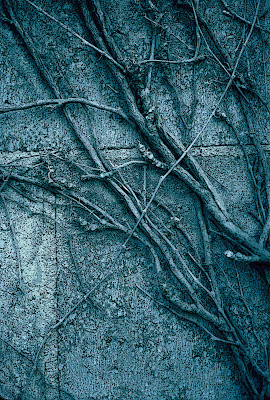 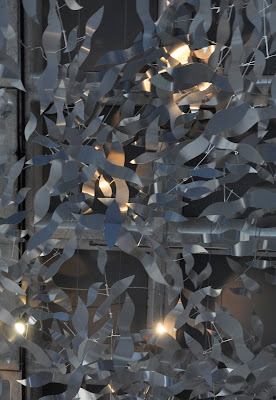 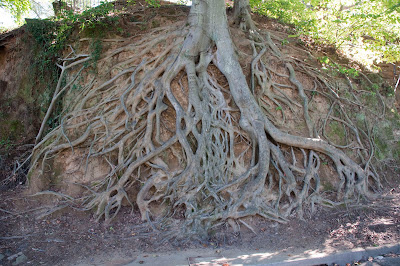 And then we are done.
I go downstairs to untangle some spaghetti into my stomach.
Butler goes to his room to iron out some tangled creases from his dress shirts.
And Bagman...
waits for the moment to be right to add his x-rated tangled love picture...
and waits
and waits
and waits...
And finally
when no-one is looking.
Sneaks it in! 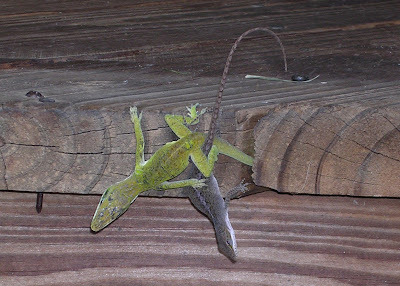 Posted by Bagman and Butler at 5:42 PM