Like the White Rabbit in Alice in Wonderland, I enter the B&B studio breathlessly singing, "I'm late! I'm late!" Then, like a short-order cook with ADD, I start slinging pictures -- some recent, some from archive and this one taken just for today -- 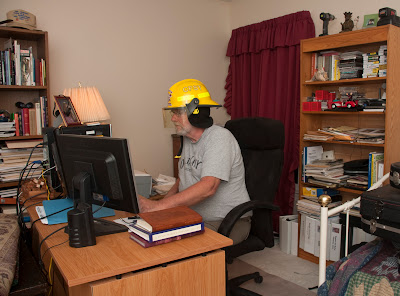 BAGMAN: "Firemen! I love Firemen! If you got together with an Indian, a Cowboy, and a Construction Worker, you could sing "YMCA!"
BUTLER: "That was a cop, not a fireman. And don't get enthusiastic and encourage him, Baggie! There's a story behind this and it's not as interesting as Mark thinks it is."
I whine, crestfallenly, "It's not?"
BUTLER: "Just save it for the end so people have a choice of reading it."
Okay. How about these from the archive? 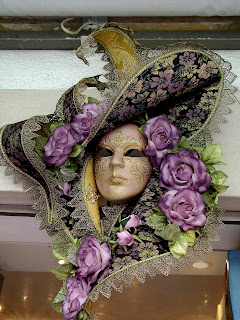 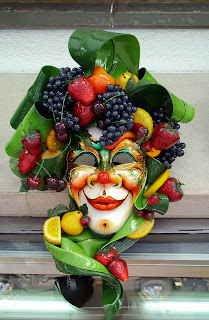 BUTLER: "To be accurate, Mark, these are masks not hats.
Details, details...how about this? 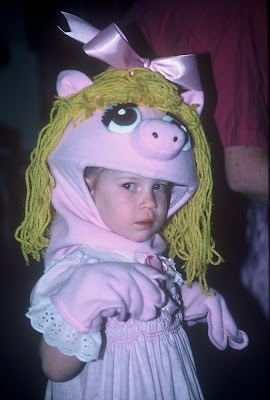 BUTLER: Well, more of a costume, but I'll buy it. 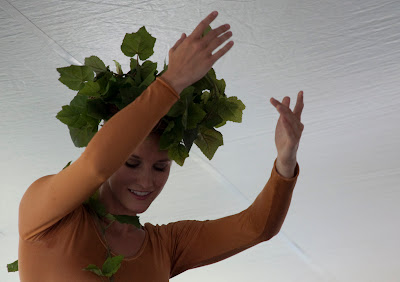 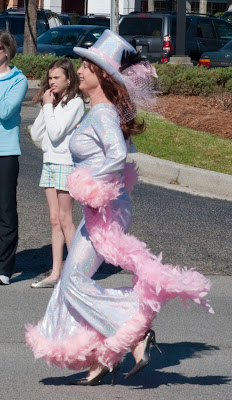 BAGMAN: "One of my favorites!! But I never realized she was wearing a hat!"
BUTLER: "Because your one-track mind never focused above her neckline!" 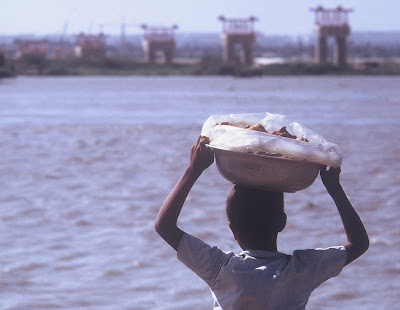 From a long-ago trip to Colombia. 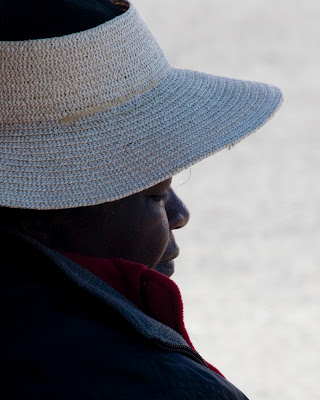 From a recent trip to the Charleston Market
where the Sweetgrass Basket Makers
even weave their own hats.

MORE SPEED
BAGMAN: "Nice car!"
BUTLER: "Your ego just has to show off, doesn't it?"
Not quite so crestfallenly, I complain, "Can I tell the story about the fireman's hat yet?"
BUTLER: "If you must."
Okay -- several years ago there was a tragic fire in Charleston than killed several seven brave firemen.
The community was in shock, particularly the fire departments. The city brought in a group of peer counselors from the Fallen Firefighter Foundation and joined with the local Mental Health Agency and the Alcohol and Drug Agency (where I used to work) and formed the Firefighter Support Team. 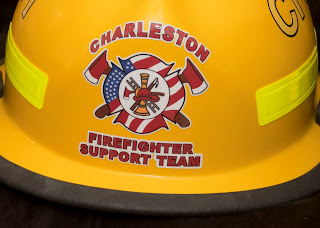 We provided free counseling for men who suffered PTSD or whose drinking increased because of the tragedy. At the end of the first year, everyone on the team were given fire helmets.
BUTLER: "A rather expensive use of taxpayer dollars for a souvenir, if you ask me."
BAGMAN: "But it's a real, genuine fire helmet!!!"
And I've wanted one of these all my life. I confess to a hidden desire to be a fire fighter. In fact, in Boston, shortly after graduating from college, I applied to become a Boston Fire Fighter. To be accepted you had to pass a written exam and then a physical exam. I passed the written exam but I was so excited (not to mention being an active, raging alcoholic at the time) that I partied all night in celebration and never showed up at the physical exam because I was so hungover!
BUTLER: "Are you finished with that story now? Is your ego and your obsession with your glory days finished?"
"Yes," I say softly and, again, crestfallenly.
BUTLER: "You are trying to make me get the dictionary, aren't you? To find out if crestfallenly is actually a word. I'm not falling for it. Besides, I think you shouldn't make light of those serious first responders by showing a civilian in a helmet."
Hey! First responders have a great sense of humor when it comes to hats! 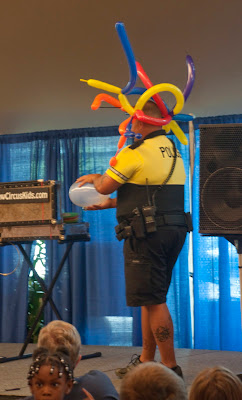 "Your under arrest for excessive balloon animal construction!"
BAGMAN: "And excessive doughnut consumption!"
And with that, I close, tipping my hat to all the wonderful photos I expect to see tomorrow (Friday), although I may not be able to comment until Sunday because we're taking a weekend trip to Vidalia and I'll be on the road until then. '
Have a great weekend. ﻿
﻿

Posted by Bagman and Butler at 6:02 AM