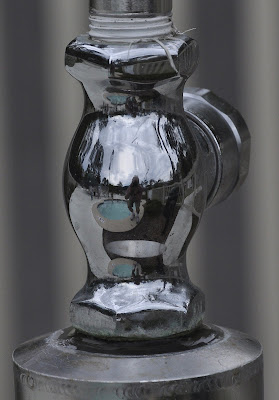 Frustrating and busy week leads to hodge-podginess in shoot-out. Although I wrote that as a perfectly serious explanation of the fact I'm throwing this together at the very last minute, I had to laugh at myself (which I don't do enough) because it sound like a Newspaper Headline written by a somewhat effete editor back in the wild wild west. And while I didn't put it together totally at the last minute -- braking the car in the midst of frantic errands to shoot things (a la Patty) -- I didn't plan stuff out much or blah blah self-effacing blah blah blah.


BAGMAN: "You don't own Nikes do you? Your sneakers probably have a logo that says Just Apologize for not doing it.


Anyway (I use that as the first word in paragraphs a lot) some of this week was spent hauling dirt to fill the muddy swampy hole in my yard (see recent blog on yardwork). And while waiting to get my neighbors metal truck filled with topsoil, I shot this guy using manly metal machine (oops, sorry the "M" blog was last week) to fill mulch in serious truck. 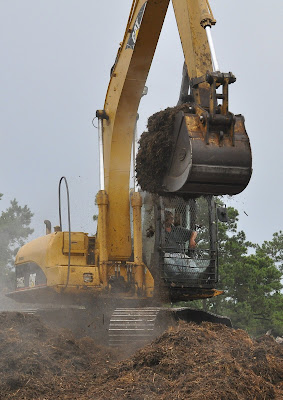 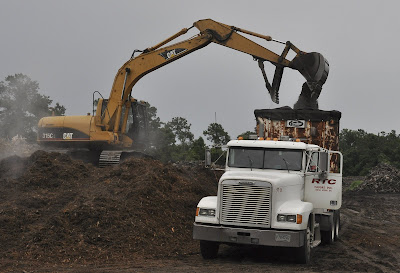 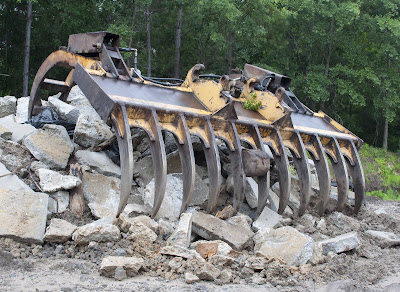 Metal is tough and used for heavy construction (or heavy destruction)

And it is light and wiring and used for hanging things 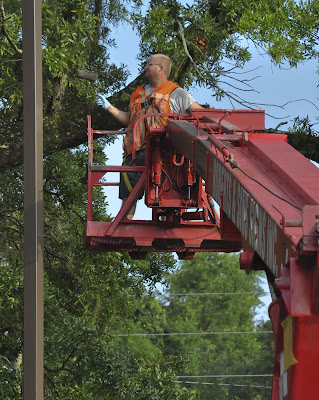 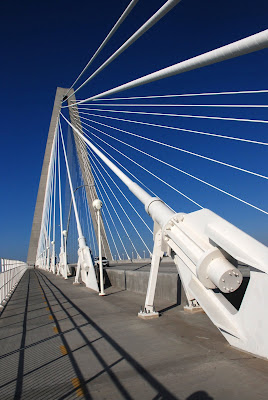 The metal Ravenel Bridge is probably the definitive landmark of Charleston, crossing the Cooper River coming into the city on Route 17 from the North. 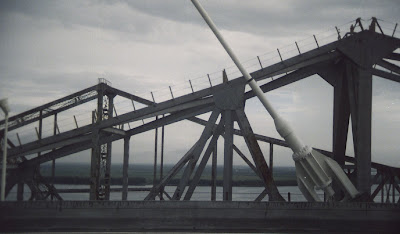 This is an older shot I took after the Ravenel Bridge had been finished a few years ago but before the older 5-lane Something-or-other Bridge and even older 2-lane Grace Bridge had been torn down.

I need a little more self-effacement so I should point out that the big missing piece in this shoot-out is a series of shots of metalwork gates or blacksmith shop of Charleston's living legend, Phillip Simmons. He's in his 80's now, I think, but sometimes sits on the porch of his house waving to tourists. But I never found the time to get a picture of him, his studio, or his work. Ah well.

So Instead I shot a photograph below that I do not understand at all. It seems weird even to me. Not only that but it came into my mind with a total absurd caption that I understand even less: 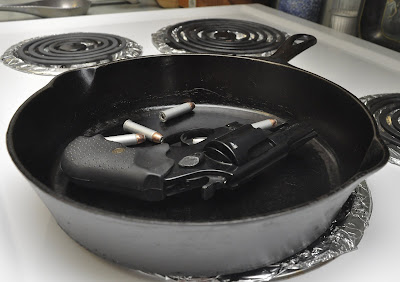 Neither Bagman nor Butler have a clue either. When I first heard that the theme this week was metal, the first idea that popped into my head was this. Really nuts, I thought. I don't even like guns. (Not too excited about cooking either). I am not an NRA fanatic that screams about protecting the rights of all American's to own guns. I never even owned a gun until my mother-in-law, sadly passed away a few years ago and Karen found a small .22 caliber pistol among her affects. Then, later, after Brian, our strong and strapping son moved out, and guard dog Sally went deaf, and I stopped practicing Tae Kwon Do, I went through a kind of paranoid period and thought since we accidentally owned one gun we should really own a more serious one and picked up the .357 magnum above. And although I'm a dedicated "make love not war" kind of guy, I've surprised myself at periodically finding perverse pleasure going out to the shooting range and making very loud noises and holes in paper targets. At least a few holes. I never realized how hard it is to make a bullet go where you want it to do, particularly with a short barreled handgun. And no, I have never fried it on the stove. Or even microwaved it. This photo really makes no sense to me except it kept popping into my head until finally, yesterday, I gave up and shot it...photographed it, that is.

Maybe the theme of "metal" has brought out the macho side of me. Because I also thought about Fu's engine. But if I was going to shoot a nice picture of it, I would have to wash it up a bit so it would gleam and I didn't even get around to washing the outside of my car...so I decided instead to present the "Sound of Metal". Now I've got Julie Andrews voice in my head singing, "The hills are alive with the sound of me-tal."

You might now want your speakers set too loud for this one. Fu doesn't redline until 9,000 rpm and it might be loud.

BUTLER: Or not. You know, Mark you should actually play a movie sometime before you upload it. Fu's engine might sound really loud to your testosterone-soaked imagination when you are driving it, but I just listened to your movie and it sounds more like one of those rubber band toy propeller planes. Sorry to burst your bubble.

Yeah, I just listened to it too and it sounds more like a can opener than a race car. Too late now since I've already waste 10 megs of internet space. I'll just hit the post button and go downstairs to watch testosterone dribble from my flacid bubble.

Posted by Bagman and Butler at 4:21 AM