I wasn't sure I'd make this week...but I'm driven.  This shootout has become important to me...seeing everyone else's work (even if I don't get to it until Monday!)...and putting in my two cents.  Anyhow, I didn't have time to go out and shoot lights downtown at night, or the creches at Mepkin Abbey...or the James Island Festival of Lights or...

So yesterday, I figured I'd just focus on the tree in our livingroom.  At first it was blurry but Bagman said, "what the heck!" and opened the shutter and swung the camera like a madman, singing "Deck the halls and I'll call Holly...Fa la la la..." 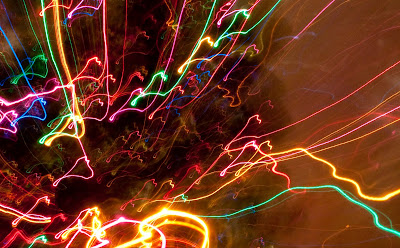 Then Butler, not even bothering to correct Bagman's lyrics, went and got the tripod. . 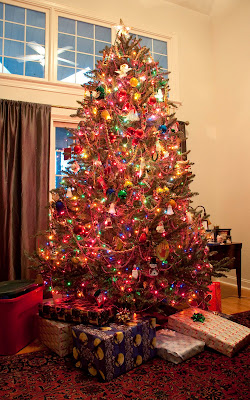 Then the three of us got to talking and decided to tell you about some of the ornaments that we always put on it.   Of course, we always have to hang the ones that Brian made when he was a little boy. 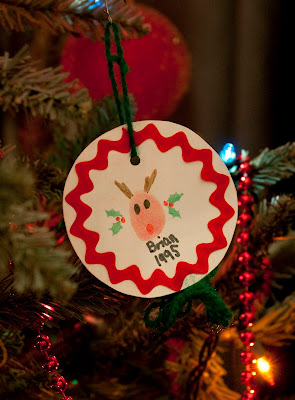 With the help of teachers, of course. 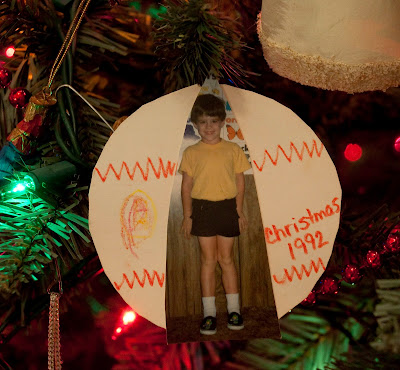 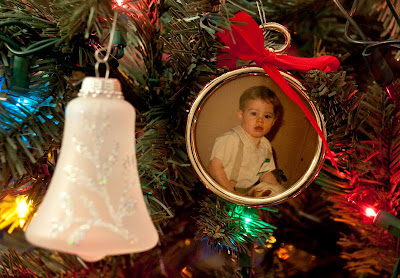 And below is one of the seven or eight hand-crocheted ornaments that Karen's Grandmother made long ago.  Brian's great-grandmother.  Conner's great-great-grandmother.  Boggles the mind to think about it.  Laveda.  She made the best pound cake in the world.  If she knew I'd be coming, she always made two. 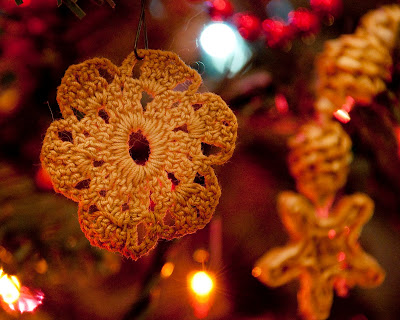 They used to be white.  And we'll hang them until they are just dark brown strings. 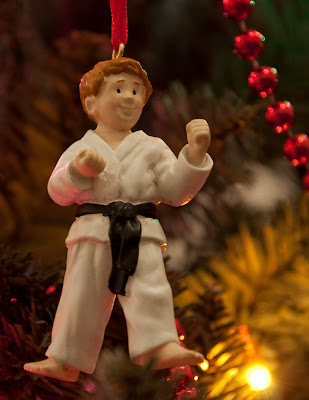 The there is this more modern ornament.

I tell people that I chop the tree down with my bare hands.

Actually it's an artificial tree. 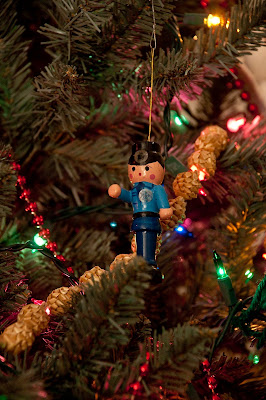 The ornament above is one of two police officer decorations that were given to me by a wonderful man, the deputy in charge of the Pittsburgh Police Department EAP.  He was a recovering alcoholic motorcycle cop who used to refer cops to the treatment center I ran in Roanoke, VA.  Believe it or not, his name was Jack Daniels and in his wilder drinking days, he drove a police motorcycle, lights flashing and siren wailing off a bridge because he didn't remember that it was not finished.  But he survived.  We became good friends and he helped alot of alcoholic cops get sober.  He passed away several years ago, but I always honor his decorations -- I place one on each side of the tree, facing out, keeping guard. 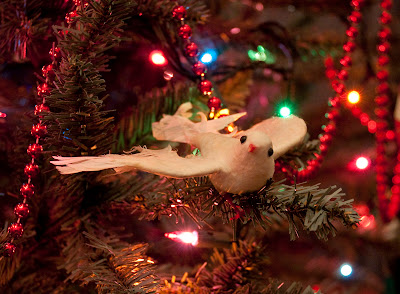 Then there is the dove.  This was the first ornament Karen and I bought after we were married.  For several years it was actually our "tree topper" because we couldn't afford to buy an illuminated star.  We always put this on the tree together.  It's a nice tradition but a bit of a challenge too trying to attach its tiny wire legs with 16 fingers, four thumbs, and two brains working together. 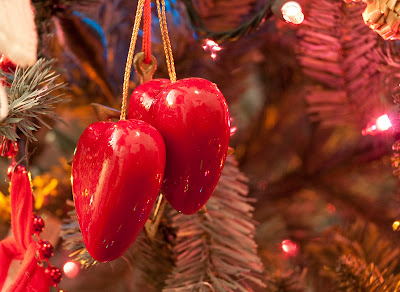 Some years ago we got a small box of 6 hearts...one year we hung two of them together on the same hook and we've turned that into an annual tradition as well.

This year, the most meaningful ornament was:

Well...there is no photo above because Brian and Melody took it for their tree and I didn't think to photograph it first.  But several years ago we found a little cocker spaniel figure that had the same color markings as Sally, our cocker who many of you have met in past posts.  Many of you also know that we had to say goodbye to Sally this year, almost 18 years old.  But when we took out the Sally ornament from the box, we were tearfully stunned.  None of us remembered -- but the little ceramic cocker spaniel had angel wings.  Needless to say it also now has some tear stains.

I'll probably take a picture when we visit Brian and Melody and post it as a late addition to this shoot.