I've only got a few pictures for this week's shoot out but I shuffle down to the Butler and Bagman Office to download them...or upload them...I'm confused and tired and open the door  to...

...the eyepopping sight of Bagman's hairy legs kicking in a cheerleader's uniform shaking orange and black pom poms and yelling a cheer.

BUTLER (yawning): "Nothing rhymes with orange."

Bagman notices me, snaps to attention and salutes which is a bizarre image since he is holding pom poms.
Butler just shakes his head and looks to see if I've brought anything for the shootout.

BUTLER: "Isn't that more red than orange?"
I look at it again.  I'm too tired to argue.  But I argue anyway because I think there must be some orange in there somewhere.  By now I'm not sure I know the difference. I give up and post another. 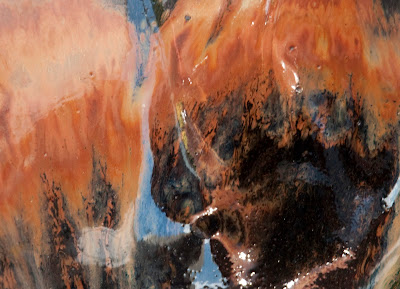 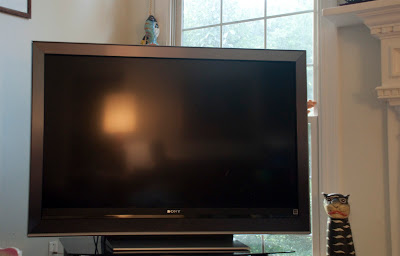 "Chiaroscuro Impressionist Self-Portrait with Cat"
BUTLER: "Gosh.  I'm sure glad you titled that one.  I thought it was just a television." 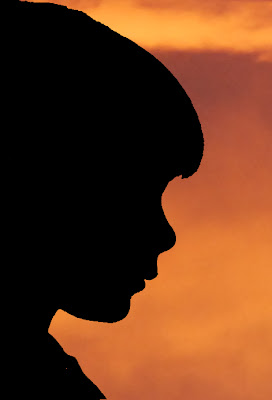 "Gracie"
BUTLER: "And I got up early for this?"
BAGMAN:  "Orange...orange...Does frommage rhyme with orange?  Throat lozenge?   Flange?
BUTLER:  "Only if you want to rhyme just the last syllable.
Posted by Bagman and Butler at 6:45 AM