Walking into the studio to work on Friday’s shoot, I find Bagman and Butler sitting cross-legged on the floor. I ask them what they are doing.

BUTLER: “We’re reflecting. At least I am reflecting. Knowing Butler, I suspect he is actually refracting.”

BUTLER: “You don’t know what refraction means, do you?”

At this point Bagman jumps up, grabs an air guitar, and begins singing in his best Howlin’ Wolf impersonation: 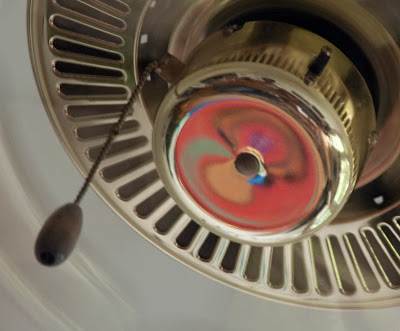 After posting it, I turn to Butler to see if we have any other pictures for the reflection shootout.

BUTLER: “Thousands! All of them! Don't you know that everything you shoot is light reflected off something.” 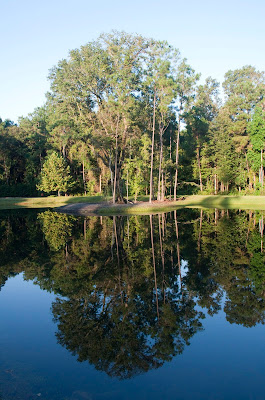 I think about that for a moment and realize I might have actually thought of something that Butler missed. It doesn’t happen often.

“How about sunsets? The sunlight is coming straight at the camera and not reflected.” Butler pauses to consider this but Bagman loves the idea..

BAGMAN: “Yeah! The sun is a refraction! Like me! Hot!”

He bursts back into his song: 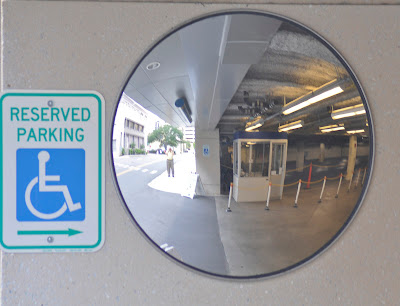 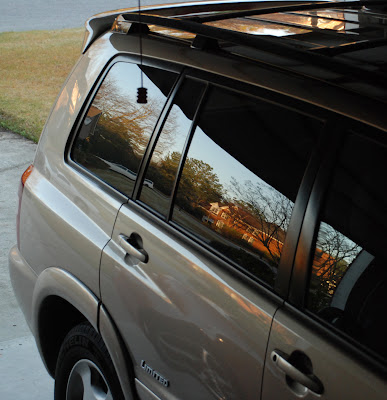 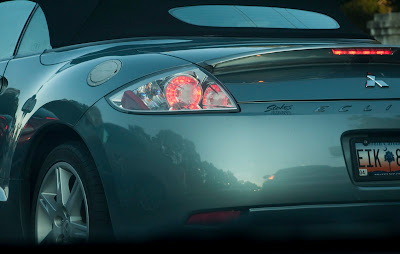 BUTLER: “Who is Howlin’ Wolf anyway?” 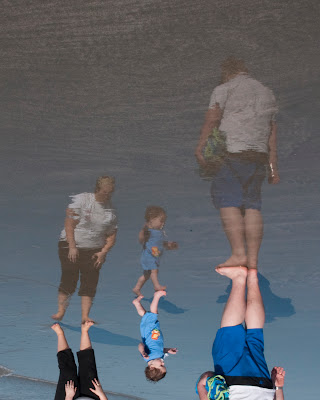 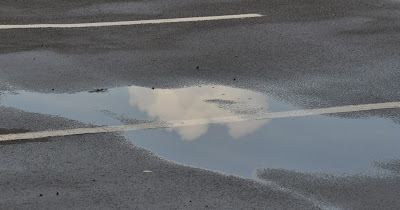 I don’t respond but wonder out loud: “What about rainbows? Are they light reflected light off raindrops or light refracted through raindrops?”

Whoa! Stop! Why did I ask?  Two much information! Or TMI as the texters would say!

Well at least save it for the end of the blog so people can read it later if they want.  Realizing that I have lost control of this blog which is now shooting off in two opposite directions -- Delta Blues and Mr. Wizard -- I just slam in the rest of the shots as fast as I can while Bagman is twirling his coat above his head and Butler is setting up a PowerPoint presentation on optics. 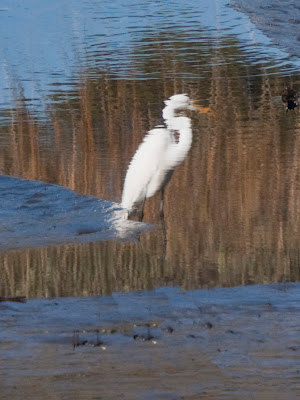 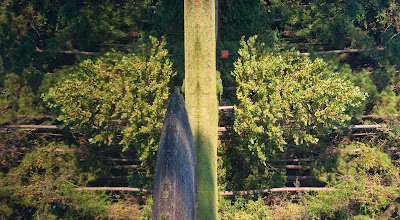 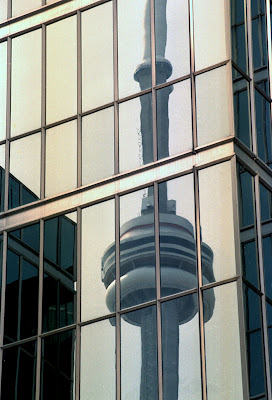 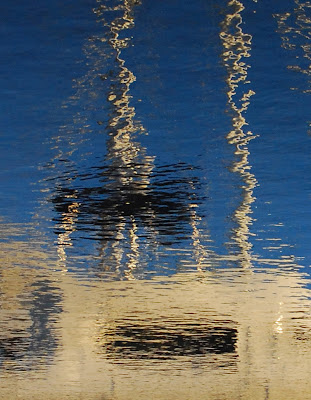 At least Bagman has stopped singing.  We slam the door leaving Butler with his pointy stick beginning to speak.

Wow!  Who among us hasn't wondered about that mystery?

BUTLER (Continuing):  "The amount by which light is refracted depends upon its wavelength, and hence its color. Blue light (shorter wavelength) is refracted at a greater angle than red light, but due to the reflection of light rays from the back of the droplet, the blue light emerges from the droplet at a smaller angle to the original incident white light ray than the red light.

"You may then think it is strange that the pattern of colors in a rainbow has red on the outside of the arc and blue on the inside."

Wow again!  I'm sure we've all lost sleep obsessing why red is on the outside and blue on the inside.
BUTLER (Ignoring the fact that two people in the front row have already fallen asleep): "However, when we examine this issue more closely, we realize that if the red light from one droplet is seen by an observer, then the blue light from that droplet will not be seen because it is on a different path from the red light: a path which is not incident with the observer's eyes. The blue light seen in this rainbow will therefore come from a different droplet, which must be below that whose red light can be observed.

Contrary to popular belief, the light at the back of the raindrop does not undergo total internal reflection, and some light does emerge from the back."

Popular belief?  Yeah!   Right! Just the other day I heard two guys in a bar arguing about whether light at the back of a raindrop underwent total internal reflection.

BUTLER:  "However, light coming out the back of the raindrop does not create a rainbow between the observer and the Sun because spectra emitted from the back of the raindrop do not have a maximum of intensity, as the other visible rainbows do, and thus the colors blend together rather than forming a rainbow.
"A rainbow does not actually exist at a particular location in the sky.

Which explains why I’ve never been able to find the pot of gold.

BUTLER (Raising his voice above the snoring): "Its apparent position depends on the observer's location and the position of the Sun. All raindrops refract and reflect the sunlight in the same way, but only the light from some raindrops reaches the observer's eye. This light is what constitutes the rainbow for that observer. The position of a rainbow in the sky is always in the opposite direction of the Sun with respect to the observer, and the interior is always slightly brighter than the exterior. The bow is centred on the shadow of the observer's head, or more exactly at the antisolar point (which is below the horizon during the daytime), appearing at an angle of 40–42° to the line between the observer's head and its shadow. As a result, if the Sun is higher than 42°, then the rainbow is blah blah blah below the horizon and usually cannot be seen as there are not usually sufficient raindrops between the horizon (that is: eye height) and the ground, to contribute blah blah etc.