Diabolic competition has seized us this week!  Bagman, Butler, and I have been possessed by the spirits of competition!  They don't even talk to me -- just run around trying to pull out the spookiest picture!   Pixels are flying like poltergeists...

BUTLER:  "Calm down old boy.  A pixel poltergeist would be very very small..."

BAGMAN:  "HAH!  While you guys were talking science, I found a spooky picture in the archives!  I"m first!  I'm first!" 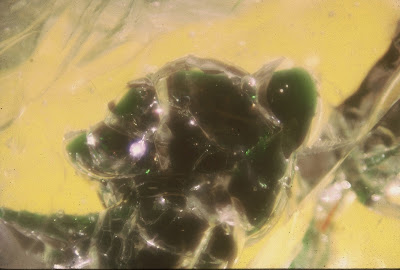 BUTLER: "That is not very spooky.  It's a only a piece of translucent amber that Mark shot long ago.

BAGMAN:  "Talk away, Butterball!  I'm posting another while you pontdeficate!" 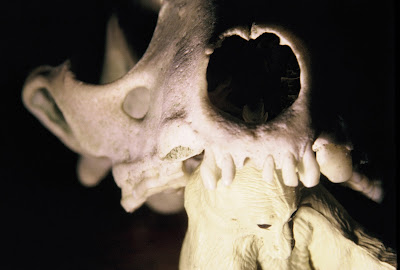 And I realize that I can't let Bagman win this competition so I take the camera and head down the street, returning instantly to magically reappear with my first entry.

I call it "Inflatable Witch Killed by a Puncture Wound."
BAGMAN and BUTLER speaking simultaneously:  "Dumb idea!"
Well how about this one then? 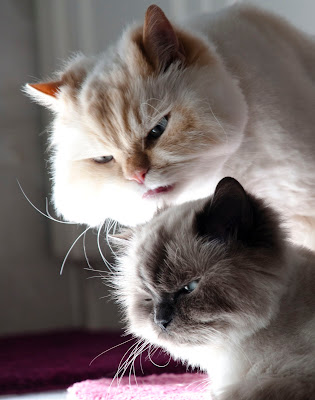 BUTLER:  "It definitely has a certain spookiness."

BAGMAN:  "Pfui!  I remember this shot.  Bill was actually grooming snowball and licking her gently."

Butler has now gone back to the archives himself.  I head back down the street to shoot some more neighborhood decorations.   Bagman is back from the archives first with  his third post: 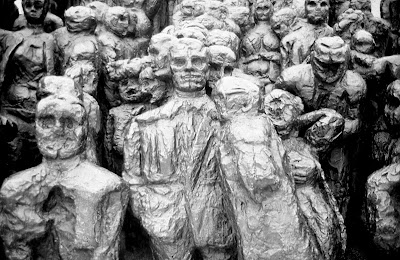 I fire back with another Halloween decoration:

﻿
BAGMAN:  "Humph.  You did better with your black widow shots last summer."
BUTLER:  "It was a brown widow anyhow.  Tabor was right, you know.  And everyone has seen it already."
So I mysteriously cause night to fall and present it in a spookier light. 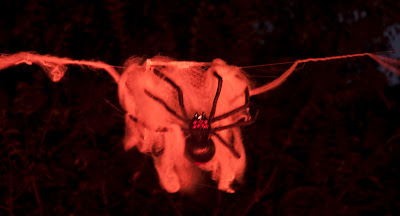 BUTLER (looking at it sadly and shaking his head):  "Mark, my dear fellow.  Even with a tripod it looks fuzzy.  You are rushing your shots very badly.

BAGMAN (giggling):  "Let's put him in stocks and throw stones at him." 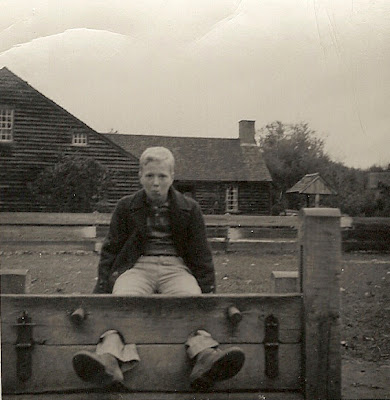 BUTLER:  "He was too sweet back when he was a tyke to be spooky...Besides, I'm now ready to show you world-class spooky.  Nobody does spooky like the Vatican in Rome!  Behold!" 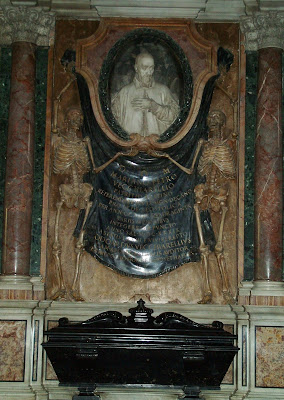 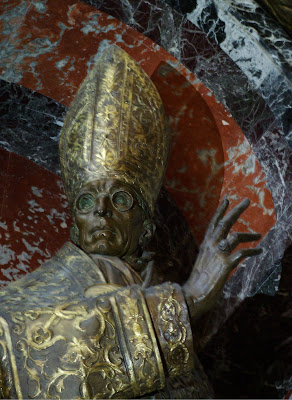 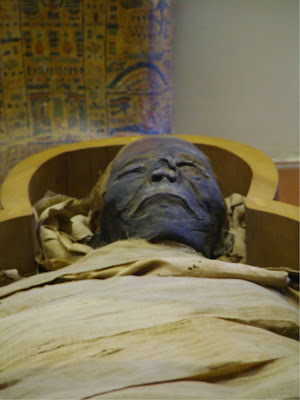 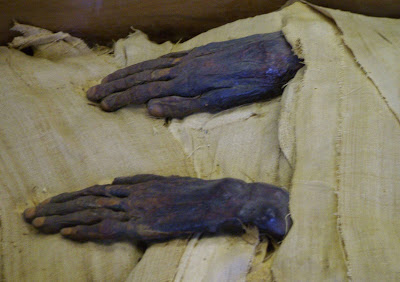 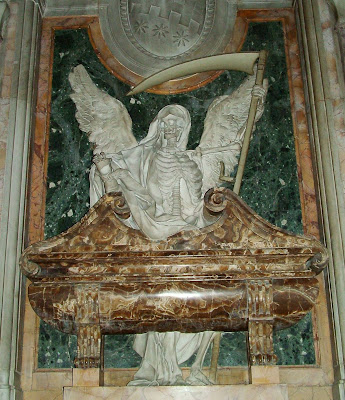 BUTLER: "Where else to people hang their coffins on the wall for tourists to look at?  I claim victory."
I think for a long time and try one last spooky picture: 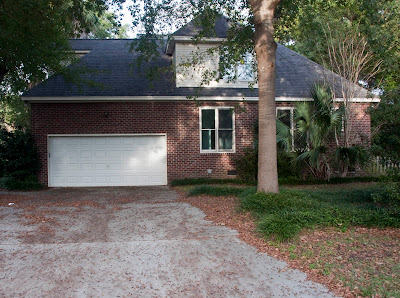 BUTLER: "That's not spooky at all!  That's just the empty house down the street where everyone walks their dogs."
BAGMAN:  "I get it!  Over the last three years, because nobody lives there, everyone walks their dogs there!  And it is a very spooky place to walk at night!  Yuck!"
Sighing, I guess I need to explain.  So I tell the story in a deep spooky voice,  "Long ago there was a family that lived here.  A man and his wife and two small children.  He never spoke much to the neighbors.  The children were rarely seen, playing behind the fence on a swing set.   When I tried to talk to the man, he had a distant look in his eyes and a slight tremble in his right hand.  I only saw the woman once, behind the window you can see in the picture, now showing only shadows.  She was pale and wan and almost translucent.  Then one day they all disappeared.
BAGMAN:  "Ooh!   Did the man murder them?  Are they buried under the overgrown lawn where dogs now poop?"
Worse, I reply.  The housing market crashed, he lost his job, and the bank forclosed on them.  And the house now sits with many other houses on the market.
Now that is really spooky.
Posted by Bagman and Butler at 6:46 PM