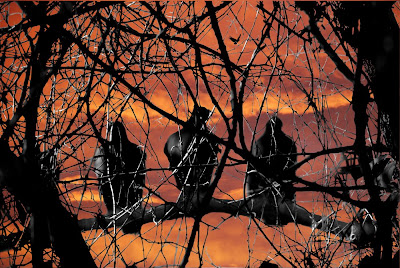 I'm not sure why I posted this picture today. Mostly I've been moving my computer, camera stuff and matte-cutting framing stuff to one large room from two messy rooms while waiting for the dishwasher repairman to come. Dishwasher is fixed, furniture is moved, and I found this picture I took two years ago...(well it is a combination of a couple of pictures I took two years ago)...and hung it on my wall. Then thought. Stick it on blogspot since it doesn't look like I'm going to write a blog about moving my stuff around and waiting for the dishwasher repairman, although I guess I just did that too. Multi-tasking and don't even know it!
Posted by Bagman and Butler at 4:52 PM