Valentine’s Day, Blogging, and the Overwhelming To Do List

Time is a fog. Last thing I remember was and I was reading wonderful blogs from and about love, wives, how they met, and thinking I need to chime in here…My mind started churning on a two part blog about how I proposed to Karen. Only one week after meeting her. I got as far as “The Meeting (Part 1 of 2)…thanks, Barry for the idea of doing longer things in parts…and then Bagman started adding his comments and Butler adding his and the next thing, I was tired and went to bed.

I didn’t sleep well because then I started thinking about all the recent media hype about Darwin’s 250th anniversary and Creationism versos Evolution and Bagman and Butler were debating that in my head.

So with three blogs in my head and only a title actually written, I fell asleep. I woke thinking, “It’s Valentine’s Day!” I’ll blog about it! Then I looked over and noticed that I didn’t really live in Blogspot and there was actually a flesh and blood wife waking up beside me and maybe, just maybe, I should pay some attention to the real Karen on Valentine’s day rather than rushing off to blog.

I kissed her, asked her if she would be my Valentine. She kissed me back and reminded me that I had promised to help Brian build dog houses. Slamming down as much coffee as my bladder could hold, I noticed the To Do list that we keep on the coffee table…crossing off, adding to, crossing off, adding to…it included things like:

The list actually went to two pages. And by the afternoon I had crossed off only number 1. But I had stopped to buy Karen flowers which had not been on the list. By then the prodigals and Karen’s cousin and niece had shown up for the evening which added “Cook ribs on the grill” to the list.

So I planned to get up early this morning and write the blogs. But by the time I could open my eyes, Karen was already doing the list and it wasn’t Valentine’s Day any more and my two-part blog seemed too late. But maybe I’ll still do it sometime soon.

How do all these other people on Blogspot find so much time to write!!! Aaargh!

So I wrote another item on the To Do list: “Stop feeling guilty for needing to sleep sometimes.”

And I decided to add a Day After Valentines Day photo from my file of old nature pictures and hope to tomorrow about how I met my wife. Or maybe the next day. 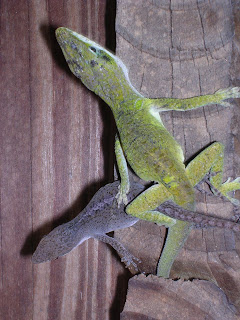