First of all, Happy Father's Day 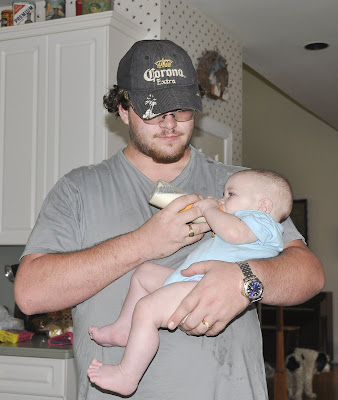 Secondly, I had three other things I was going to add to Friday's Hometown Shoot Out Metal theme but was either too busy, too scramble-minded, or -- and I just forgot the other thing -- but I never added them, so this below is a kind of a postscript to Friday. 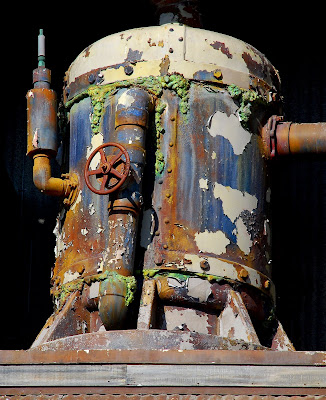 A stain on the barbecue grill 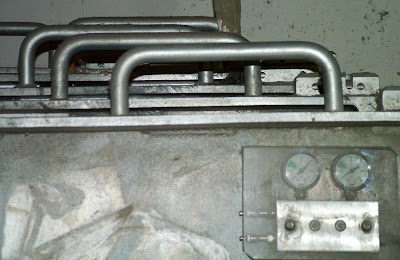 This last one, above, does deserve a little explanation. It is the section of hydraulic hurricane doors at Charleston Center where I work. I don't usually write about work despite the fact I would love to write a book on it. But the book would have to be published posthumously.

However the hurricane doors are interesting. Charleston Center is a wonderful alcohol and drug treatment facility that includes 44 beds on the fourth floor for inpatients. When it was built 12 years ago, a great deal of attention was paid to the hurricane risk the building presented being close to the ocean and it was designed to handle a large storm surge. Two huge, hydraulic doors were designed for the front and back doors. They have only been used once when we were threaatened by Hurricane Floyd which, thankfully, move up the coast and we avoided a major hit. (Regrets to Wilmington, NC!!).

The County's facilities management folk come in with small forklifts, move them from under the stairwells (where the detail above was shot), put them in place in special seals on the doors, and after making sure the building is totally empty, they use air pressure to make them watertight and the building is sealed up tight until the threat is done.

This year, since they haven't been used for awhile, I asked to have them tested before the hurricane season was on us. Facilities management came out and then called me to say that it wasn't necessary.

After all the careful planning, design, expensive construction and installation -- and after even using them for Floyd -- some practical-minded person finally noticed after 12 years that Charleston Center has a huge side door off the childcare area on the side. We have two state of the art hurricane doors but we have three entrances.

Since we are government (don't get me started...) my guess is that when the building was being built the third door was cut as a budget-saving concession.

Next week, maybe I should go and count the number of tires on our fleet vans to make sure each one has four.

Okay...I've now got the first period of time, a couple of hours, I've had in a while and am going to go and look at what everyone else did on Friday's shoot-out. Sorry I've been absent.

Posted by Bagman and Butler at 7:30 AM