I decided to sit this one out and was napping in the other room when Bagman and Butler sat down to discuss how to illustrate Charleston through textures.

BAGMAN: "Let shoot everyone's hair. Hair is great. Look at Mark's daughter's hair. She was a real live wire with a great sense of humor. By the way, Butler, old man, got any bubble gum? 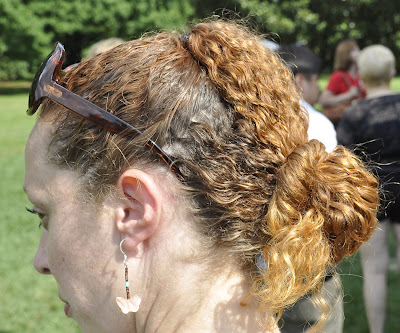 BUTLER: "Yes, she was but this is supposed to be about our hometown not about people who come to visit."

Butler started to take a pack of bubble gum from his desk drawer and then thought a minute and closed the drawer again, giving Bagman a dirty look.

BAGMAN: "What? You never chew it. You won't eat anything without a knife and a fork!"

BUTLER: "So how about this picture? It's got texture. It's the old cobblestones from the early 1800's. This is Chalmers Street where they used to sell slaves." 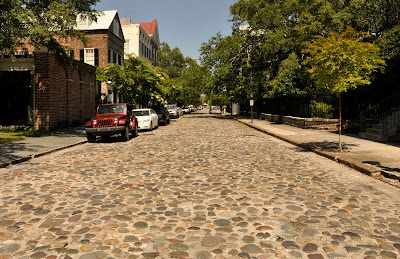 BAGMAN: "You should be ashamed to even show it!"

BUTLER: "Those who forget history are bound to repeat it."

BUTLER: Then let's do something else historical. Look at the textures on the wall of this shot I took for a documentary on the Drayton Hall Plantation. It was the only large plantation that survived the Civil War intact. It is kept up by the Preservation Society. 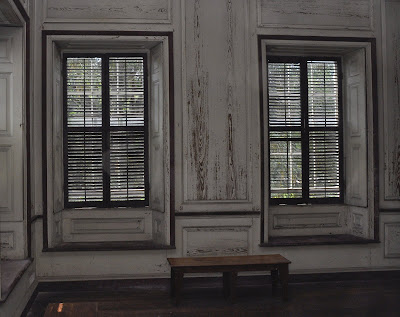 BAGMAN: "Boring! It's unpainted, no furniture..."

BAGMAN: "Well, yes. But it's just empty rooms. Why people come to see it is beyond me.

BUTLER: "Preservation" is different from "restoration" The society is dedicated to preserving it as it was when they purchased it."

BAGMAN: "Why the #@%&! would they do that!? Whoever built it painted the walls, at least!

BAGMAN: "Boring! How about giving me a stick of gum at least?"

BUTLER: "Because I know what you want to do with it! And there's a city ordinance against it! You'll get fined! I'll play no part in that! And besides, look at this wonderful detail from the Plantation." 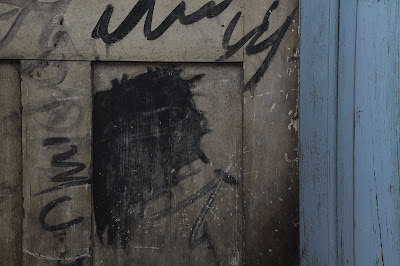 BUTLER: "Not just any grafitti. They've analyzed this and determined that it was done during the Civil War...probably by confederate soldiers staying there."

BUTLER: "How about this then?" 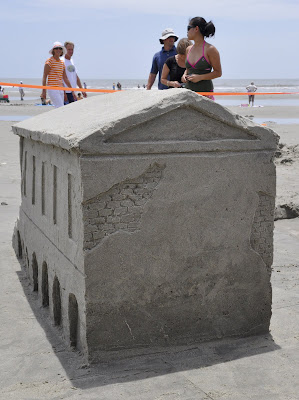 BAGMAN: "Yeah, she's kind of cute but why is that pile of sand in front of her?"

BUTLER: "It's a copy of the old market place and it's got real historical interest!" 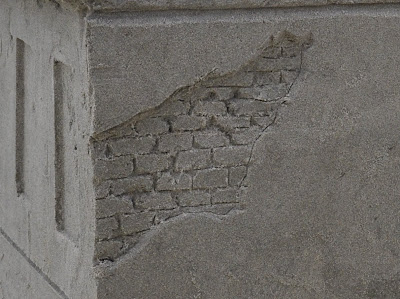 BUTLER: "See the detail where the plaster is broken showing the bricks underneath? Lots of buildings that were built in the 1600's were done by English colonists who through bricks were were cheap-looking but it was all they had so they covered it with plaster and even put lines in it to make it appear like stone work."

BUTLER: "Well, maybe the guy who did the sand castle didn't...HEY!"

While he was admiring his picture, Bagman had jump over the chair, pulled open the drawer and snatched two sticks of gum, stuck them into his mouth and rushed out the door. Butler rushed out but Bagman was gone leaving only a footprint in the sand near the sand castle. 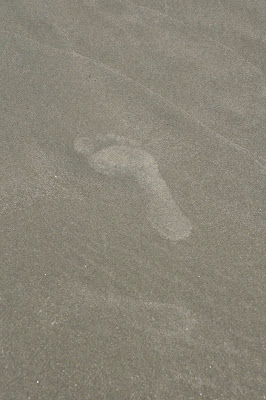 Good texture, thought Butler, but what worried him more was the lack of a shoe. My God, thought Butler, I hope he hasn't taken off all his clothes again! Skin texture is NOT what Mark had in mind, I'm sure!!! Butler ran to the local pool where he was terrified of finding Bagman skinny-dipping but all he found was water. 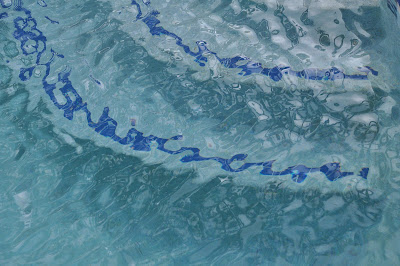 Well, it has texture, I have to admit, thought Butler. Then he remembered the gum and and knew that Bagman was breaking the law downtown. 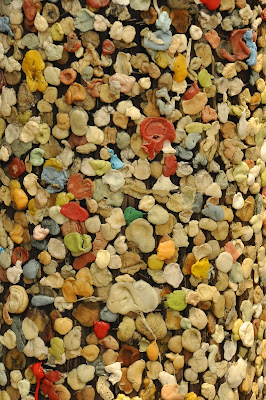 But sure enough, there it was. Next to the market downtown, the telephone pole that had made the local papers several times because vandals had been sticking their gum all over it. The more the authorities pressure washed it the more people came back and stuck gum on it. After awhile the tourists got into the act! It became a sight-seeing attraction! Then the Charleston City Council passed an ordinace making it against the law!

BAGMAN: "Laws against gum?!! In a city that once sold slaves on Chalmers Street? What a farce!!!"

Bagman gave a wild look at Butler and staring straight into his eyes jammed a piece of gum on the cap of a coke bottle. 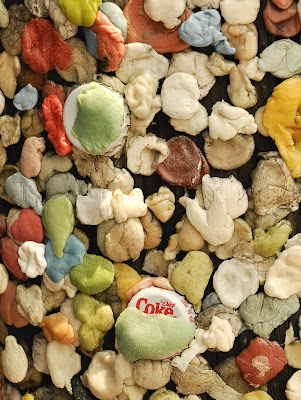 BAGMAN: "There! That's the texture story of Charleston. Mark will love it."

BUTLER: "I hope Mark sleeps through all of next week and never sees it."

Posted by Bagman and Butler at 2:22 PM