OK -- I just realized that I had the wrong theme this week! It is too late to change pictures now and I don't have many food pictures. So I'll quickly ammend some of the captions. Maybe next week I'll find food pictures that I can add "power captions" to....what a mish mash. Woe is me!
I haven't posted all week and was actually thinking of blowing this off too...but...hard to give it up completely. So here is my power theme. Although I may not write a whole lot.

BAGMAN: Except to complain as usual! You're a piece of work, Mark!
BUTLER: Leave him alone. He's been under a lot of stress lately. 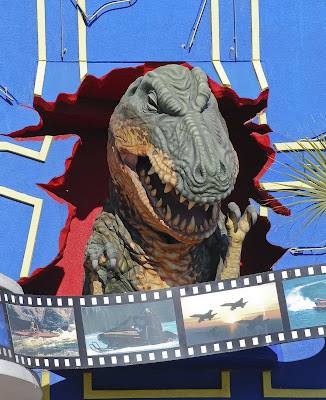 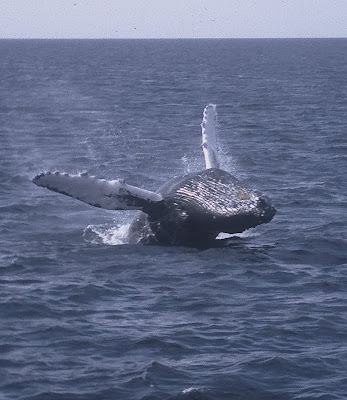 More raw animal power...although this was nowhere near Charleston --
1984, off the coast of New England
...Having just finished eating krill 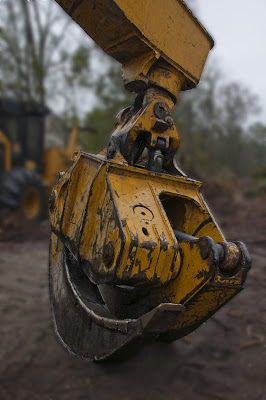 Mechanical power -- new street coming through
"Chews through dirt and rock like it was oatmeal." 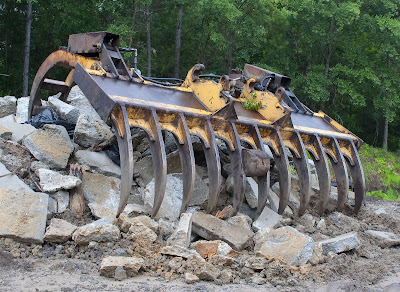 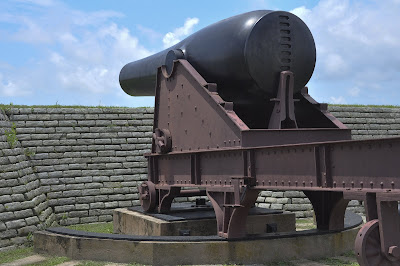 The problem was that many of the ships off shore did not have to come into range of these guns because they were not so much interested in attacking the shore as they were in blockading the harbor so that FOOD and supplies couldn't be brought into Charleston.

BAGMAN: That was a stretch. 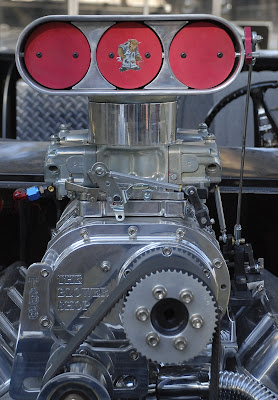 Zoom Power -- Not mine, but from a recent car show in Mount Pleasant

These engines DRINK a lot of gasoline. 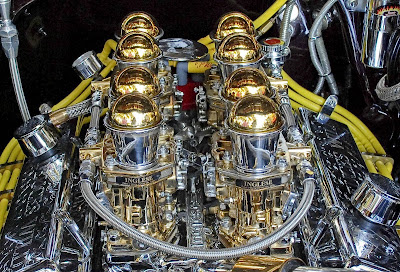 Also, unfortunately not mine 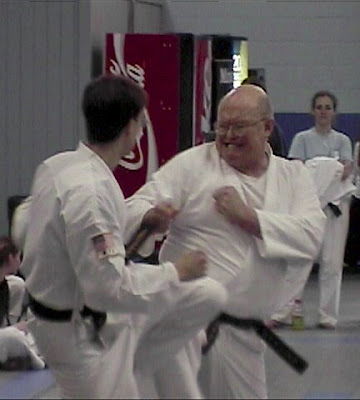 Tae Kwon Do Power -- Look at the face on Ralph, a friend of mine --
The expression alone would break wood

Ralph will kick me silly if he sees this, but in order to edit this post to meet the food theme, I should also suggest you glance at his...er...girth. All muscle. Well, maybe not all muscle... 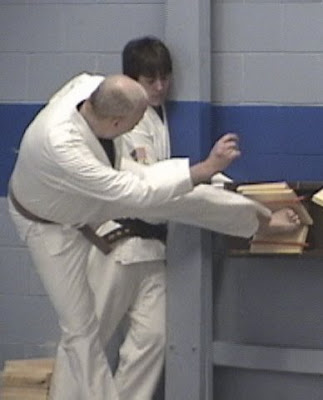 And here am I, three years ago, being powerful during my black belt test
Of course my hand looks like "Dancing with the Stars"

And maybe a bit of food has gone under this belt as well... 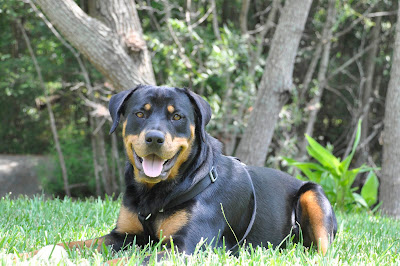 And finally, Roxie-power. Sweet but strong. And Roxie is probably one of the main reasons I've stopped blogging. And the jury is now out as to whether we can even keep her. She doesn't have a mean bone in her body but doesn't know her own strength and this week she pulled Karen off her feet and literally dragged her halfway across the street. Multiple bruises, abraisions and pain. Yesterday we were sure we would have to adopt her out somehow although it broke all our hearts. Today we're re-thinking it. But to really train her right is a fulltime deal. And leaves little room for blogging or checking other people's posts.

And, for this week's food theme -- As we now have three dogs (old Sally, Daisy the rat-dog, and Alpha Roxie) we started feeding them in separate bowls in three corners of the kitchen. Roxie's bowl is three times larger than the others. And they are pretty good. We make them sit -- except Sally who is deaf. We put down her bowl first and then Roxie's and then Daisy's. We run around direct each of them to their own bowls although each one looks at the others. Take a bite of your own bowl, lift your head, check out the other bowls. Roxie eats! Daisy the rat-dog sort of eats but looks afraid all the time. Sally sometimes just lies down. Karen encourages Daisy and wakes up Sally. I jump from side to side blocking Roxie who after a few moments tries to move to other bowls. Eventually, Karen and I get distracted. Let the games begin.

Roxie moves to Daisy's bowl and Daisy runs away.
Sally wakes up and starts eating out of Roxie's bowl.
Daisy see's Sally's bowl unattended and runs over and starts eating out it.
Roxie sees Sally at her bowl and reclaims it.
Sally goes to Daisy's bowl and lies down.
Daisy sees Sally at her bowl and runs away.
Roxie sees that Daisy has abandonned Sally's bowl and heads for it.
Daisy comes back in and goes to Roxie's bowl which is so big, she gets in it to eat.
Roxie goes back to her bowl, notices that there is a dog there instead of food and
shakes her head in confusion.
Sally stands up, takes two bites from Daisy's bowl and falls asleep for the night.
Daisy looks up and sees Roxie looking down at her, runs into the livingroom and
lies down on the couch.
Roxie eats everything left in all the rest of the bowls...

BUTLER: I'm glad you got your post straightened out.

But at least I got the Friday Shoot done. I even fiddled with my header picture, as usual, although it was probably too subtle to notice.