PLUFF MUD, ATTENTION DEFICIT, AND THE TALE OF THE SUBMARINE

As I was putting together this week’s Hometown Photo Shootout on “Skylines,” I suddenly went on a digression. Some of you may have realized by now that I have a tendency to do that. I suppose I could blame Attention Deficit Disorder. Many years ago when we were wondering if our teenage son had it, I looked up the symptoms and they fit me perfectly. Actually I think they fit just about anyone. And what does this have to do with Pluff Mud? See what I mean?


Oh yes…the digression on pluff mud was so long I took it out of Friday’s blog.


BUTLER: “Aren’t you making all of this up out of your head?”


BAGMAN: “Of course, he is!! Leave him alone and let him spin his tale.


A construction worker building the huge new MUSC hospital next door to wear I work told me that when they were pile-driving in the hundred or so steel support beams one of them suddenly broke off and disappeared into unknown depths below.


No, that one is actually true. Well, at least the construction worker told me it was true.


But major pluff mud event in Charleston’s History (and I have the photograph to prove it) is years ago when a navy submarine had completed a trip to the North Pole under the Arctic Ice Cap. As it was approaching Charleston, apparently the captain and co-captain lost “situational awareness” probably because they were on their laptops following the example of recent airline pilots. The submarine was underwater and 150 miles past it’s destination.


And it was ploughing through the pluff mud.


When the captain realized where he was, he immediately tried to surface but only the conning tower made it above ground. It remains here to this very day, not far from the College of Charleston’s baseball field. 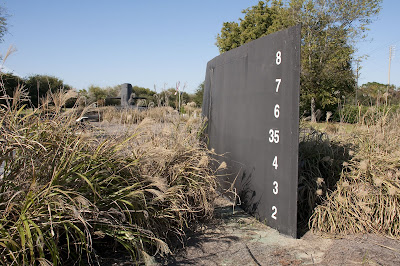 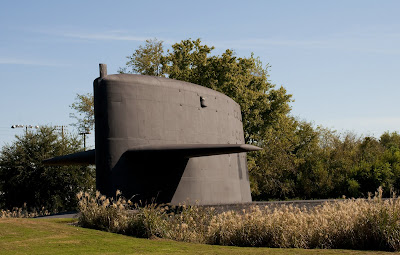 BUTLER: “And you expect anyone to believe that?”


BAGMAN: “I believe it! In fact, when Mark was taking that picture, I distinctly heard voices calling up from underground! Now ask him to tell the one about the floating ghost ship! 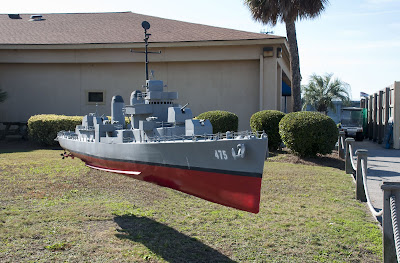 Posted by Bagman and Butler at 6:53 AM