Very interesting group of words. How to illustrate them? Hmmnm.

BUTLER: "Do not worry yourself about it, sir. I have already chosen the three pictures from our archives and am ready to post them."

But two of them have been used before and I also shot some candids of Conner and Noah's new inflatable splash pool thing that I think might be made into a series of pictures illustrating spin and drop...

BAGMAN: "Spinning while bungee jumping asleep!! I can do that!"

I still like the series I shot this week because it is kind of cute.

Okay, I'll compromise. I'll post my series first as an unofficial entry and then you can put in your three old archive pictures. So here's what I've got for DROP.

BUTLER: "It's spin-drop-rest! You can't do drop first."

Since this is the unofficial entry, I can do what I want. 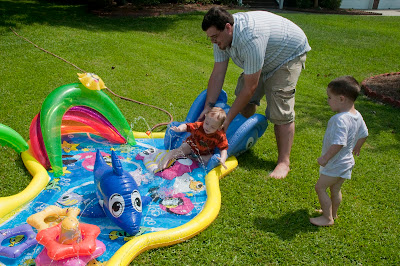 So Brian and Melody got this cute water-play thing for the kids and it had a little slide for Noah. 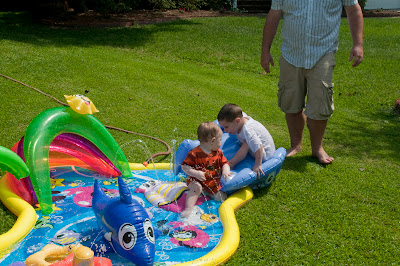 Probably too small for Conner but he was determined to try it out. And he began to drop. 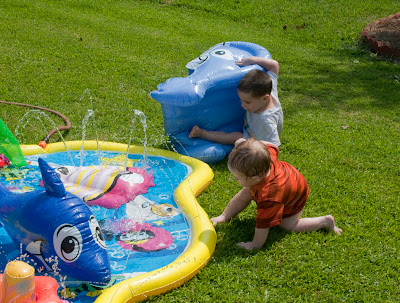 And, as Noah wisely gets out of his way, kept on dropping... 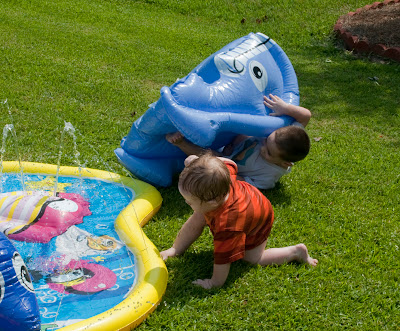 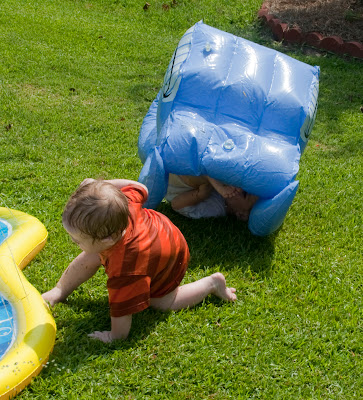 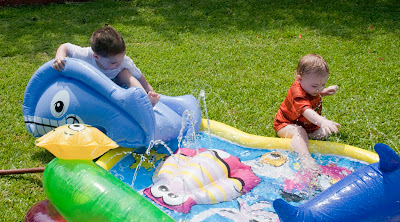 The courageous Conner climbs back on 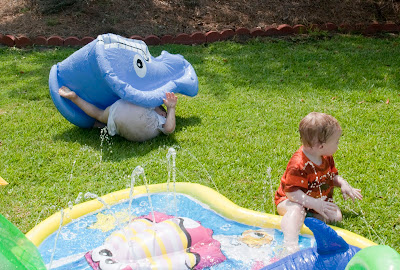 And drops again.
This went on for a few more cycles until Conner decided it was time to spin.

SPIN
BUTLER: "I object. The next sequence is not really spinning which I interpret as "rotating" around an axis. Like the Earth spinning around in space. What follows is more like "revolving".
But doesn't the moon spin around the Earth?
BUTLER: "I give up. Rotate, revolve, spin, circle...use fuzzy English if you want to." 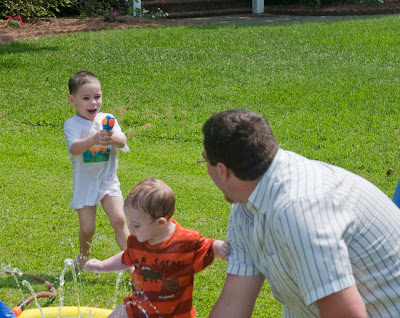 Conner starts the spin cycle by sneaking up and attacking his brother and Dad with the squirt gun. 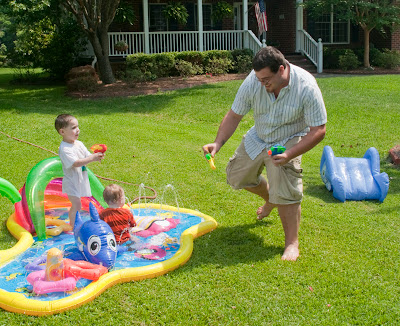 Grabbing his own weaponry, Dad begins spinning or revolving around the pool in a counter-clockwise fashion. 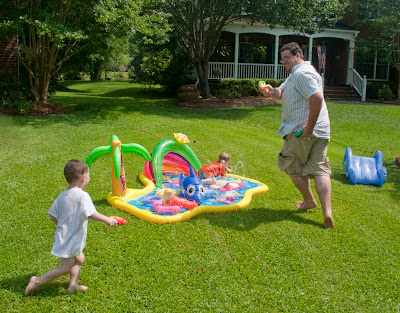 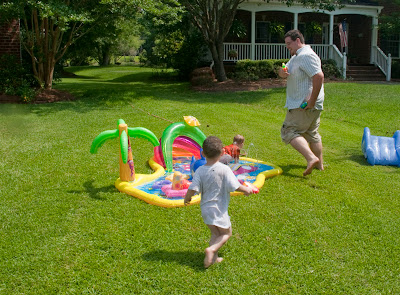 He starts spinning around the water play thingy... 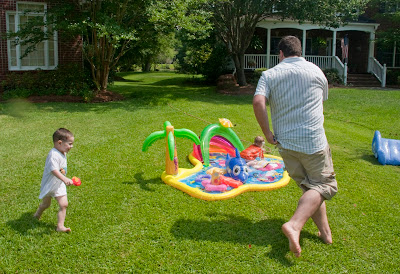 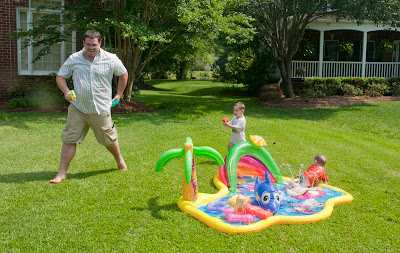 Symantics! They're having fun. In any case, at this point, Brian... 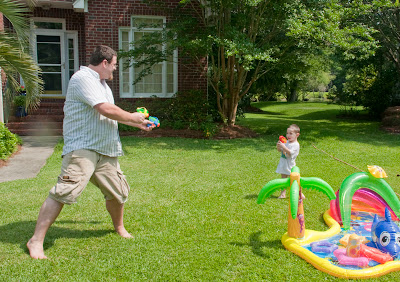 SPINS AROUND...(Are you happy now, Butler?) and hold his ground. And Conner decides to... 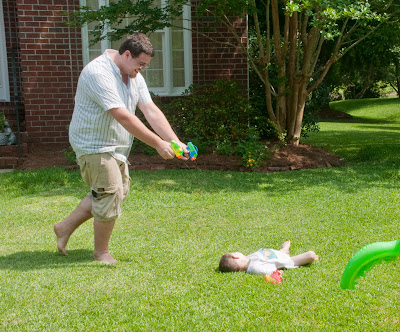 REST
BUTLER: "How can he be resting with water being squirted on him.
Because he loves water.
BUTLER: "Are you finished? Can I post the official Scavenger Hunt Entry now?
THE OFFICIAL SHOOTOUT SCAVENGER HUNT ENTRY
by Butler 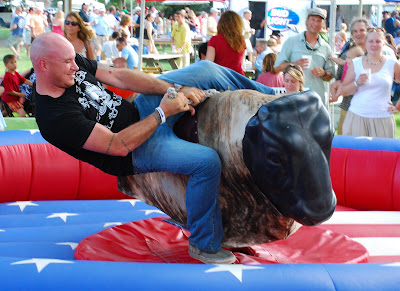 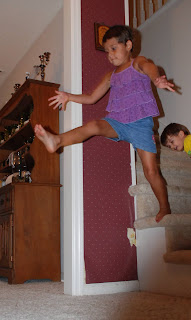 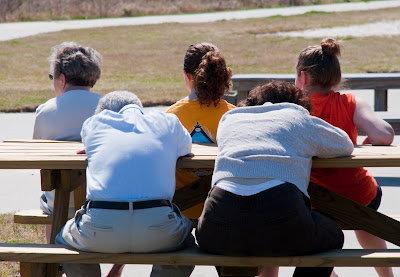 REST
Posted by Bagman and Butler at 11:16 AM