Woah!  Way too much to choose from here!   I've just spent too much time trying to figure out what to post, what I've already posted, what needs to be worked on before posting...light light light... 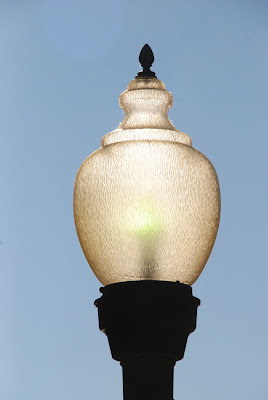 There.  A light.  I'm done.
Aw, what the heck...I'll be running late whether I stop now or post a couple more.  One of these days life will slow down a little.  Either that or I'll go back to work which seems in retrospect to be so much easier and lazier than retirement.
Light. 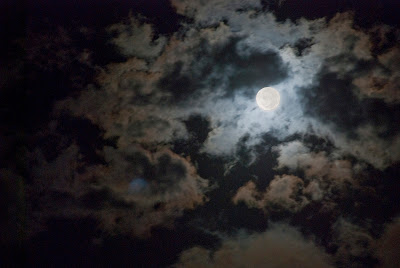 Moon light - I think I've posted this before 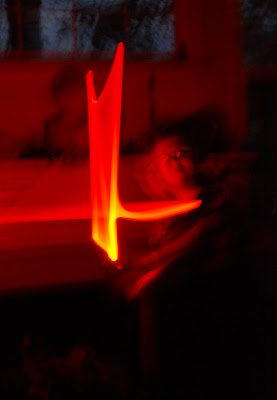 Playing with light
Uncle Thomas and the Light Saber
Light.  I may have mentioned this before, but then again, after three years of blogging, I have probably told every possible story left in my memory cells.  But after shooting with a Brownie, my grandfather gave me my first adjustable camera for Christmas... 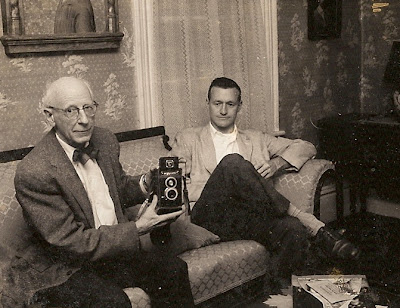 ...and sometime after that, I remember a conversation with him that completely confused me for a long time.   I was telling him what I liked to shoot and he said, "You know that you only shoot one thing -- light.  Light is the only thing you ever shoot."    He was an artist and often said things about color, light, composition that only made sense to me years later. 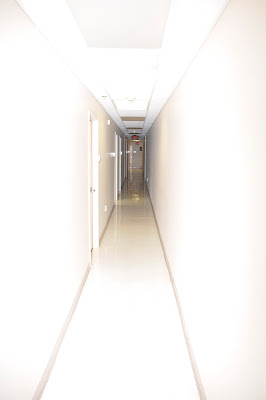 Hi-key hallway where I used to work 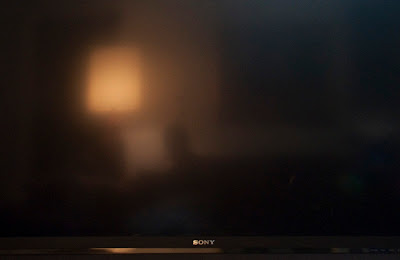 Self-portrait on couch beside lamp reflected in TV 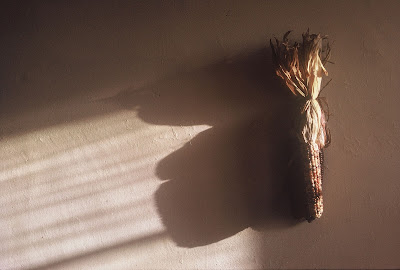 Corn from 1970 when I took better pictures 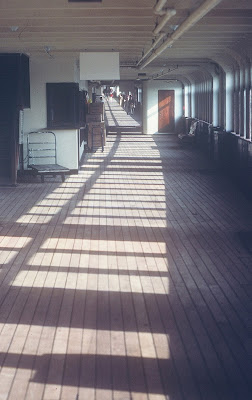 Deck of the Queen Mary in California
One of the things I've been thinking about -- probably worth a blog in the future -- is that I have discovered a prejudice against certain kinds of light.   I'm not sure how I got this way but I'ved grown to  believe that the low angle light of dawn and dusk is better than other light.   It is superior light.  All other light -- misty light, cloudy light, direct overhead flat light -- all that other light should be forced to sit at the back of the bus.
I suppose that like most prejudices, my prejudice against those inferior types of light is probably based on the fact that I haven't taken the time to get to know them.
Something to work on...﻿
Posted by Bagman and Butler at 12:42 AM