NanU over at Have Genes, Will Travel, one of our favorite friends at the Butler and Bagman Clubhouse except that Bagman spells her blog "Have Jeans, Will Travel"...he likes Jeans.   Where was I?

Oh yes, her recent excellent travelogue mentioned pickpockets and reminded me of the three times I had encounters, sort of, with them.   Of course, as a teenager, I loved magic and for some reason thought it would be great if I could be a pick-pocket.  I don't know now why I connected the two.   I don't think I wanted to rob people; I just wanted to really deftly fingered.

BAGMAN: "Well, I should add that mmphmhppmh"  (Butler silenced him before he could go off on any kind of deftly fingered tangent.   Where was I?

The first time I came in contact with a pickpocket, not counting bad stock investments, was in Baranguilla, Colombia during Carnival in 1972.  They must have been very clumsy pickpockets because this was before I found A.A. and was certainly quite drunk at the time.   I was dancing down the street with other revelers. 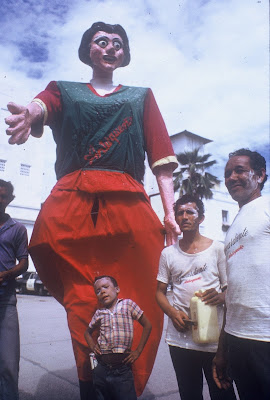 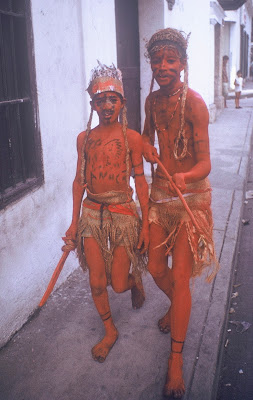 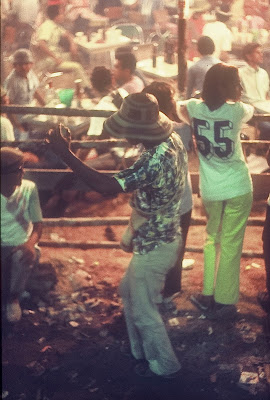 And suddenly two men came barging through the crowd banging into people.  One of them pushed the other hard into me.  "Hey, watch out!"  I yelled.  They both began apologizing profusely although I hadn't taught myself any Spanish yet so they might been calling me names.  But they were loud and physical and one was offering me a drink from his rum bottle.  I almost took it when I felt someone fooling around with my butt, more toward my back pocket where my wallet was kept.  I spun around and grabbed for him.  But he was gone.  When I turned around the other two were gone too.   Darn!  And I never even got to swig from the proffered bottle.  But my wallet was still intact.  The advantage of wearing tight jeans. 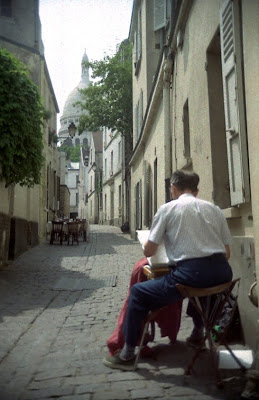 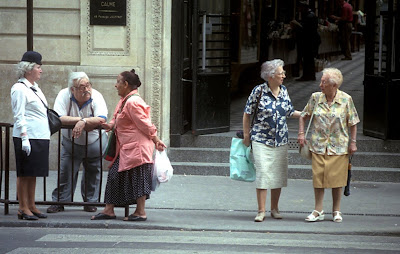 By then I was sober and had wanted to go to an A.A. meeting.  So Karen agreed to accompany me and we were trying to find our way through the underground at rush hour.  Waiting for the train, I noticed a poor little girl of eight or nine who looked lost.  I kept looking around for her mother and wondering if she had lost her daughter in the crowd.  But I could see no-one.  And the train came into the station, stopped, the doors opened and the crowd rushed it.

I pushed Karen in first, squeezed back against her, figuring I was the last person on the car, when the little girl tried to get in too.  I was afraid for her and was looking desparately around for her mother.  I spoke a little French from back when I got a D+ in high school but looked down to try and ask the girl where her mother was.

And, of course, the little girl was busy trying to rummage through my fanny pack.  I have since learned that fanny packs are giant billboards that proclaim to the world: "I am a tourist!  I am an idiot!  Rob me!"   But she also got nothing and once again, my grasp was too late and she slipped back into the waiting crowd in the station to look for more fanny packs.  Her mother, I now guessed was back at the house counting money.

But two pickpockets in 40 years isn't bad.  So I still maintain a good feeling and trust about 99.9% of the human race.  But when I'm in a crowd I never wear a fanny pack and almost always keep my wallet in my front pocket.   Although I sometimes think it would be fun to walk around in a big urban crowd with a fanny pack filled with spiders.

Oh yes...there was a third pickpocket...sort of.

But I'll talk about him tomorrow.
Posted by Bagman and Butler at 1:48 AM