It is Friday. I force my baggy eyes open...

BAGMAN: "Don't you dare use MY name as part of your usual whining introduction!!"

How did Pete get in here? Who is Pete? Not another dog, I hope. I think I'm losing it. But here is my Friday shoot-out. Sorry there are no piles of dead fleas in my front yard. Well, there probably are, but I couldn't find them.
T 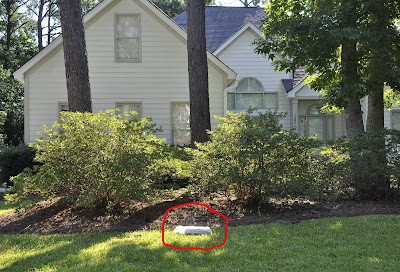 The morning paper is delivered in front yards 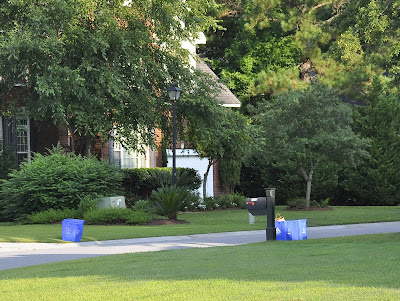 The morning paper is recycled in front yards 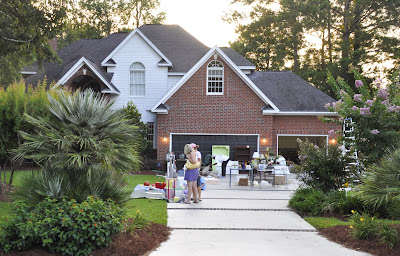 Everything is recycled in front yards in yard sales. 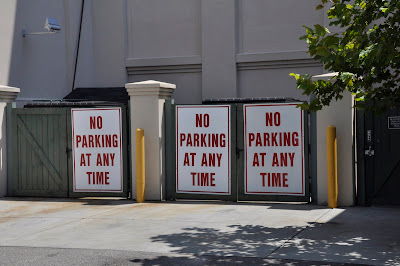 Some people REALLY don't want you parking in their front yards!
("I'm sorry officer, I didn't understand. Maybe they need another sign?) 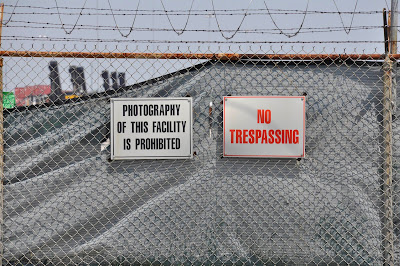 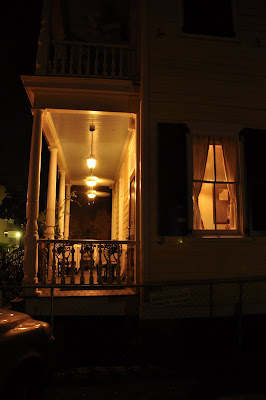 Some people have ghosts in their front yards. This is Poogan's Porch, by day a favorite restaurant in downtown Charleston. By night, stop on the city's "Ghost Walk". Before becoming a restaurant, Poogan's Porch was a large home originally inhabited by a wealthy family with a maid who died but continued cleaning which caused the property to go through a large number of owners, none of whom stayed very long. Although I can't understand why because if my house was getting cleaned overnight, even by a ghost, I'd stick around forever hoping for a ghost that cooks, a ghost that walks dogs, etc. But the last family that lived there had a small dog named Poogan. This family left so quickly in terror that they left their dog. For a long time the dog, Poogan, stayed on the porch where passers-by fed it. But finally, it, too, died and went to dog heaven. And the place became a restaurant. But since that time there have been many instances where people who were eating at the outdoor tables on the porch would suddenly feel something furry rubbing against their legs. Particularly when they were eating the mocha cake dessert. They would run away in terror. (Or maybe they were just skipping out on paying the bill.)

I shot this during the ghost tour but did not see Poogan. I even squatted down and called the dog but no canine apparition appeared.

However, when I got home, I had several mysterious flea bites on my legs. So I think there are also the ghosts of many fleas at Poogan's Porch.

And I was going to do more for this Friday's shootout but fell asleep. I'm exhausted, for God's sake!

GOD: "Don't use my name in your whining either!"
Posted by Bagman and Butler at 6:13 AM