I knew I had found it! My followers were dropping like flies because of our endless blather! GingerV was suggested we should get our heads behind the camera and stop talking. Kerry was reminding us that all we needed was ONE shot...One. I think I had it. Of course, it wasn't from my hometown but from an Italy trip Karen and I took two or three years ago.

I ran downstairs to show it to Butler. Bagman was still all woo-wooed up (to bastardize a recent Obama saying) in Africa or Alaska with Dorothea.

Even Butler was getting tired of a week-long incongruous debate. So I just plopped the photo in front of him: 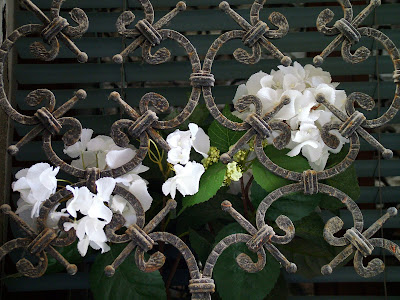 I was getting excited and blurted out, "Even more incongruous -- it wasn't shot in my hometown! It was in Venice. Italy, not California."

BUTLER: "I know where Venice is. A very incongruous city. So post it tomorrow and you're done."

My heart sank. I couldn't post it tomorrow because I had already posted it today. I fell sobbing across Butler's desk disrupting his pencil collection which he had spent hours placing in perfectly parallel relationships. "Oh, Butler! I blew it! I only have one and I posted it too early! And I don't have any time to shoot anything new! What can I do?"

BUTLER: "If Bagman was here, he'd tell you to just cheat. Post anything. Post a bunch of your old Venice shots. Your overactive ego has been looking for a chance to show them off. There are no rules that say it has to be in Charleston. Or recently taken. Just throw up anything. But for all our sakes, shut up.

"Well, I could claim that posting something irrelevant to the theme was, itself, incongruous,"
I suggested hopefully.

BUTLER: "Remember the part about shutting up?"

Posted by Bagman and Butler at 5:37 AM