I don't really like Halloween.  It means I have to get up from the couch too many times and answer the door.

But this year, Daisy needed a walk at the height of it, so I thought why not take the camera...no flash...just set it on wide aperature and automatic exposure so it would shoot lots of junky out of focus stuff.  Ooooo.  Out of focus.  Spooky. 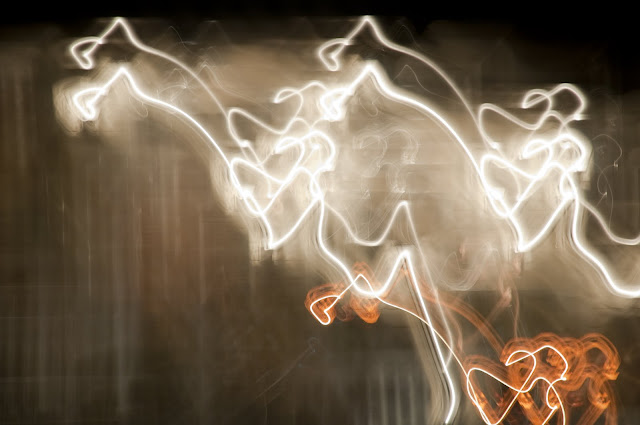 Our neighbors down the street really get into it. 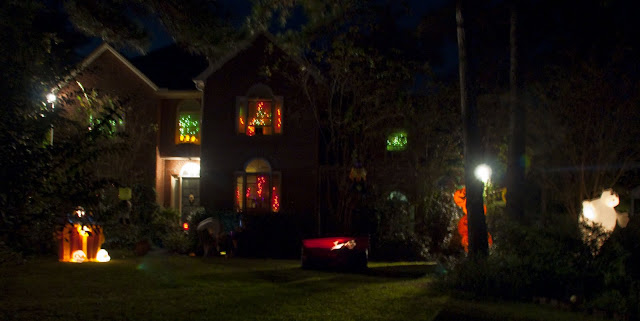 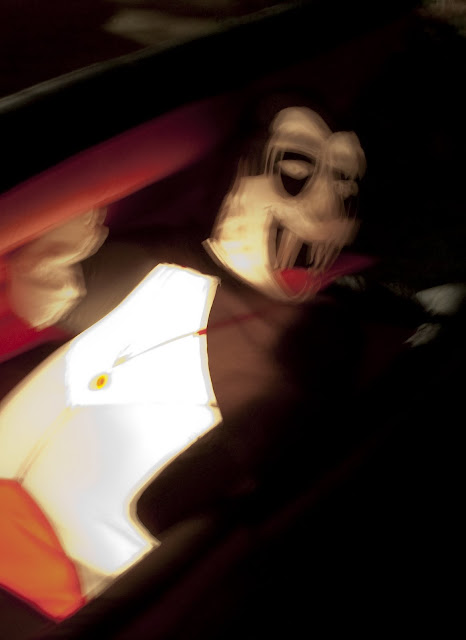 I'm not sure, but I think this might be a real ghost. 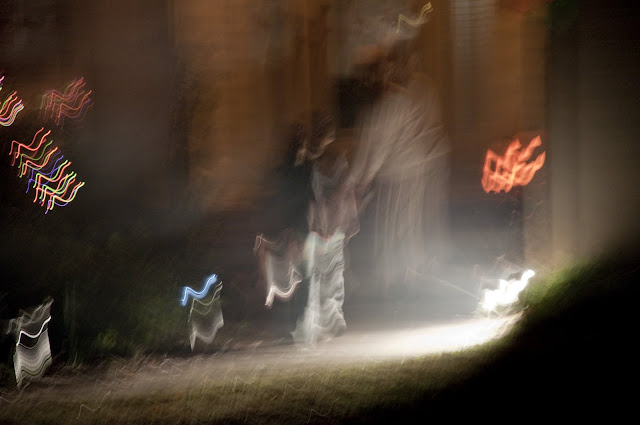 And then this descended upon me, I shot it just before losing consciousness 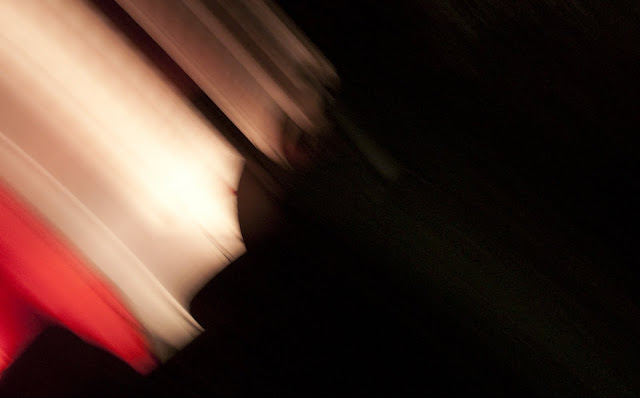 Daisy, of course, was going absolutely freaky.  There were people all over the place but also dog...some of them dressed up.  A little furry white pug faced thing in a tutu with horns drove her into circles.  It wasn't until I left the neighborhood that she calmed down enough to "go"...and by that time her bowels and bladder just lost it.  I think she had a good time because when we got home she curled up behind Karen and never poked her head up again.
Posted by Bagman and Butler at 9:37 AM