BUTLER: "You testosterone is showing, Baggie.  It's just an assignment.  Go with it."

I had just entered the B&B studio and felt a pang of guilt because I kind of agreed with Bagman.  I'm not a huge fan of frilliness although we have a fair amount around the house -- none acquired by me.  To be truthful, I wasn't sure whether we had things with hearts on them or not but suspected that I'd find some if I looked.  "Maybe I'll just go around the house and see if I find anything," I said, "and post just it to keep up my participation level."

BUTLER: "Or you might find a heart shape in some abstract?" 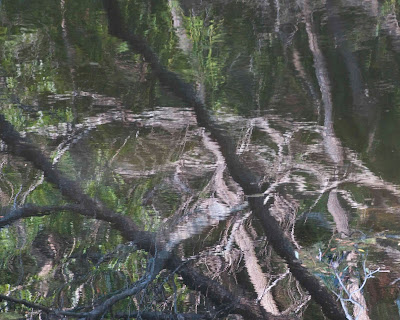 BUTLER:  "With all those rounded shapes there's bound to be a heart shape somewhere."
So we looked for a long time, inverted the photo, and tried everything but we could fnd no heart shapes at all.  It was just a heartless picture.
BAGMAN: "Or we could show a real heart!"
I cringed at the thought of how we might acquire a real heart.
BAGMAN: "Or something at looks like a real heart." 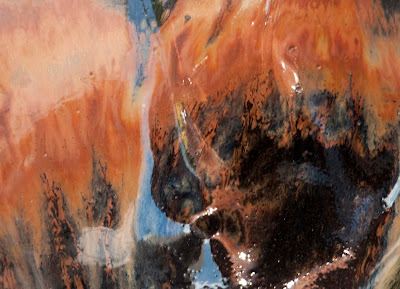 "Hmmm," I said wisely.  "I'll just go and see what I can find around the house."
And, of course, they were everywhere.  Maybe not quite everywhere.  But there were enough to surprise me since I had never noticed any of them before, probably because I'm...as Bagman says...a man. 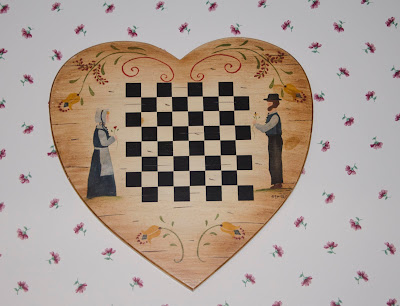 There were hearts on the wall 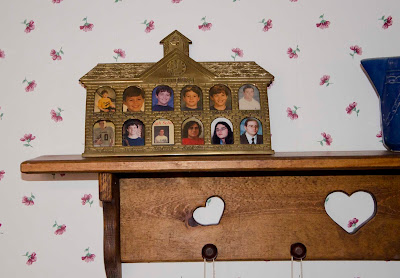 There were hearts carved into shelves 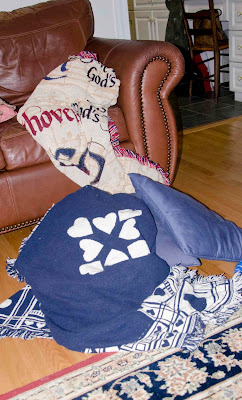 There were hearts on a throw that Karen had just found in a yard sale. 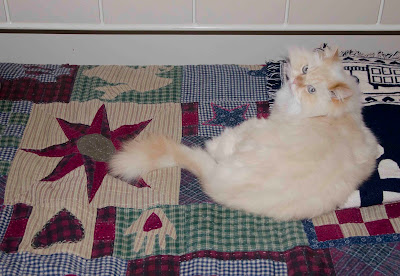 Our cat, Bill, was lying on a quilt that had hearts (and stars) on it.
He wasn't overjoyed at being wakened. 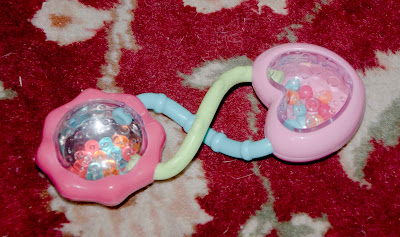 Kay's new rattle was hearty
Although the handle is oddly designed to frustrate
any baby's attempt to hold it. 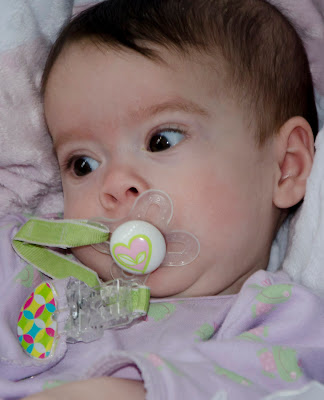 And Kay's pacifier had a heart on it.
And there were others, but I had grown tired of the game after awhile and went back downstairs.
BUTLER: "How did you do?"
"Well, I discovered that I haven't taken a major role in the interior design of our home," I replied.
Posted by Bagman and Butler at 12:59 PM