Rank really does have its priviledges

BUTLER: "Come on, Mark.  Bagman is right.  At least this time.  We're out.  The lighting is good.  Give us a little more time."

The three of us had just dropped off the grandchildren and had some time.  So we had gone over to the old Navy Base in North Charleston to see the annual sculpture show which had been very disappointing although we did spend some time stalking a hawk for a future blog.  So I acquiesced and drove further back into the old semi-abandoned Navy Base.

They say that Charleston has had two major disasters in recent times.  Hurricane Hugo (the mention of which still makes people run for cover) and the closing of the Navy Base.

Driving into what used to be the residential area of the Navy Base we discovered that all housing in the military is not equal. 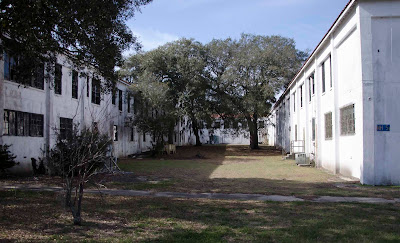 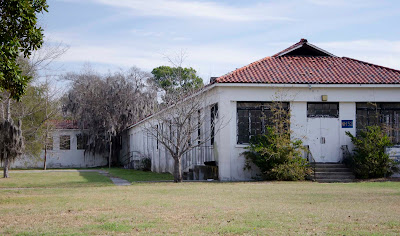 The majority of navy personnel lived in typical barracks. 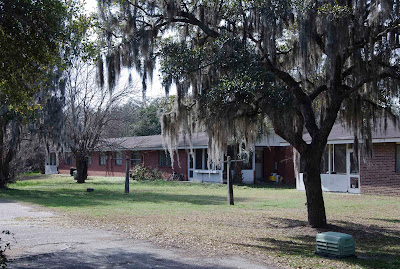 Junior officers had it a bit better 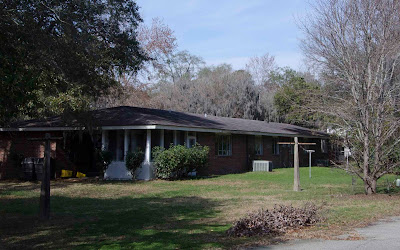 Some of these are now being rehabed
for affordable housing 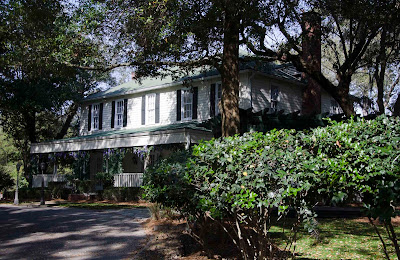 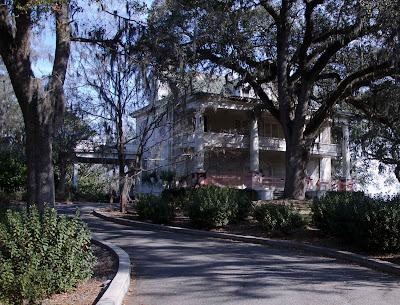 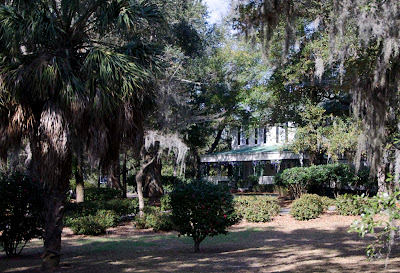 considerably better.
And then there was... 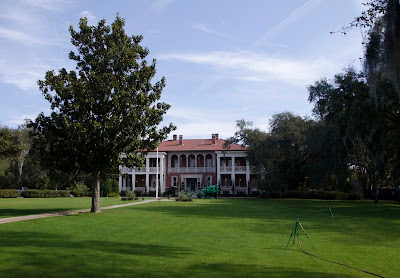 The Base Commander
BAGMAN:  "Tough life."
﻿
Posted by Bagman and Butler at 5:05 AM