Better late than never, I guess. I had planned to do a Mother's Day post and then this weekend kind of got lost in sleep. I've been fighting off a something or other achy fevery kind of thing, and slept a lot and didn't feel like doing much. But feeling better this afternoon and thought I'd at least post some pictures of my mother. 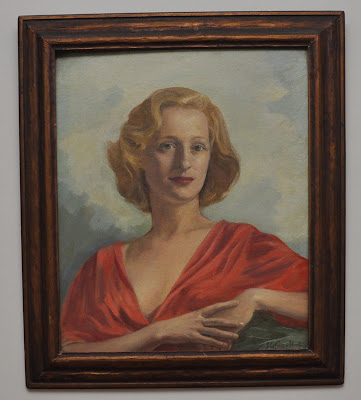 I don't really remember her much since she died when I was six and I was raised by my grandparents. The portraits were done by my grandfather, who also carved the frames for them. Someday I'll probably do a series on him. He had the discipline of a hundred Butlers and the passion of ten Bagmans...so all three of us will probably write about him since all three of us have different perceptions of him. But for now, I'll just post his paintings. 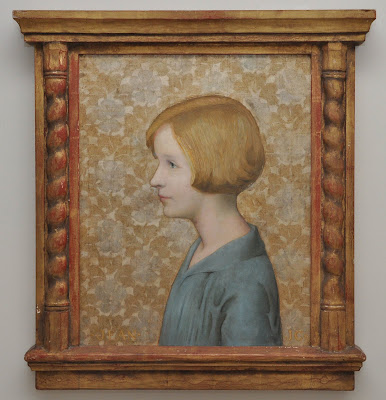 And one very old photograph that he took below of my grandmother. There are some more pictures of her that he took when she was modeling for him...but this is the only one where she is clothed.

Yes, I grew up in a rather unorthodox family. I was a product of Harvard Square in the 60's. My grandparents were products of Paris in the roaring 20's.

So from whatever Heaven is like, Happy Mother's Day to the women who took me though childhood.

Posted by Bagman and Butler at 1:19 PM