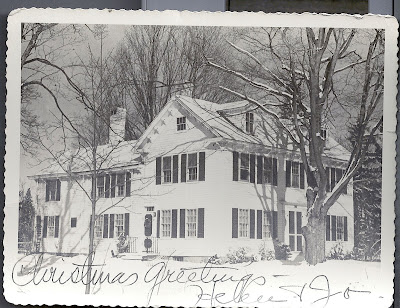 The scanned postcard above was probably taken by my grandfather (the Jo in Helen and Jo) and used as a Christmas Card. This is the house where I grew up, in Wrentham, Massachusetts. I believe it is an illustration of the architectural style known as "Old." It was built in two stages with the smaller back part built by one of my early ancestors, Major Samuel Cowell, whose ghost was believed to walk the halls at night, although in my less believing days I concluded that it was probably the barn rats that used the attic as their winter abode. The old part had been built during the early days when my ancesters were busy taking land from the Wampanoag Indians. I am 1/32 Wampanoag Indian myself which tells me my early ancesters were doing other things besides just taking land. When I was growing up, the town of Wrentham magnanimously named my school, King Philip Regional High School in honor of the early Wampanoag Chief although I suspect he would have rather had his land back. In this house, which had six fireplaces, there was a secret brick-lined closet-sized room accessible by moving a panel that had been built by Major Sam so that he and his family could hide in case King Philip had ever decided to re-assert his ownership. I loved the house because it was huge (7 bedrooms) and I lived there most of the time with only my grandparents so I had free reign of the entire second floor. What a great childhood! 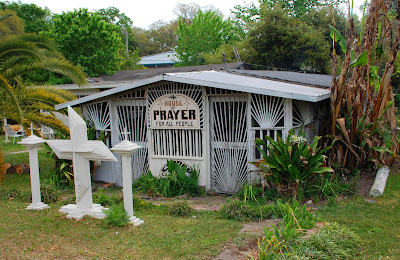 Moving on to South CArolina, the little church above is on Hilton Head Island and represents the architectural style known as "Hey I can turn my house into a church and get a tax break." 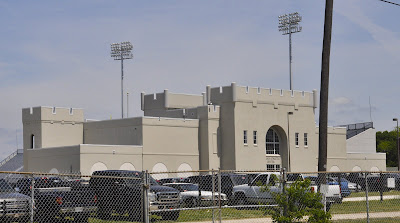 The building above is the Athletic Center at the Citadel. I shot it hurriedly from the car yesterday. I wanted to shoot the building around the Citadel Quad but for some reason the County expects me to spend some time actually working. The Citadel is a good military college. I really don't know what they were thinking with this architecture -- the entire college is like this. I think the idea is that if there is a nuclear war and everybody on Earth is wiped out except for some Citadel faculty and students and some bad guys who somehow make it to Charleston, they can defend the last bastion of Democracy with bows and arrows. 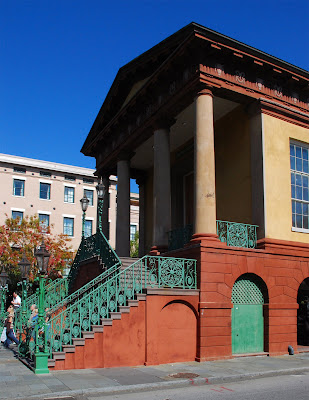 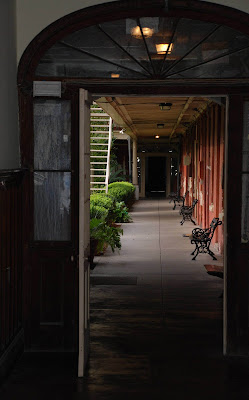 Photos above and below are of a little known piece of history in Charleston. If you didn't know this was here, you would never find it, tucked in behind tall white walls and bank buildings, it fills an area surrounded by four streets and only a small sign on a nondescript gate that reads: "Confederate Widows Home." It is like stepping back in time. In fact, it is currently used as subsidized housing for the elderly which is just a different name for Confederate Widows Home and often there are little old ladies sitting on the benches. One exceedingly eerie day, I took Karen to see it and as we wandered through, a tiny, sweet woman came out and began talking to us. I asked if it had really been a home for confederate widows and she said, "Why, yes, my dear. And if you look up at that screened porch. That was where my grandfather used to teach them English Literature and History." I almost fell over! 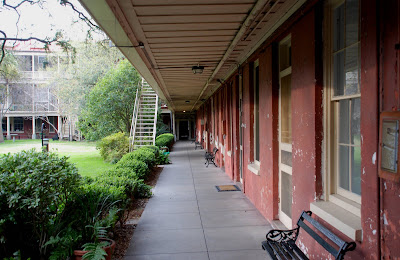 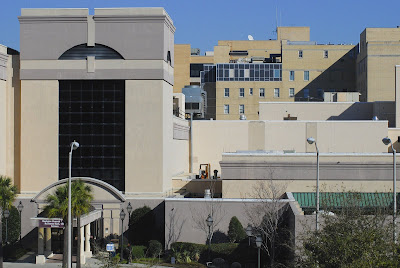 Above is the view from my office window. A conglomerate of hospital builidngs. And finally below are two more shots of the painted walls of a building in Columbia, the state capitol. 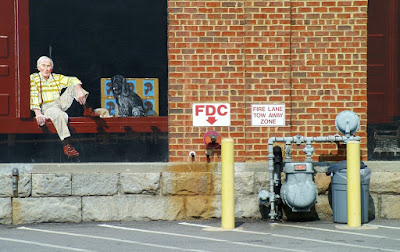 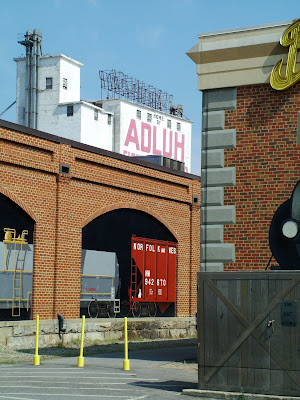 Posted by Bagman and Butler at 3:32 AM