Well, I'm not posting too much these days...missed the power shootout...but have risen briefly from the kind of blah I'm in to post three pictures I found interesting.

Roxie and Daisy play every night. They romp and wrestle and have a great old time. Roxie is big but Daisy doesn't mind and has a ball. So I thought I'd shoot some pictures of them having fun.

But a movie might have been better because the still shots don't capture the fun they are having and look downright violent instead.

But I promise these dogs were having a ball!! 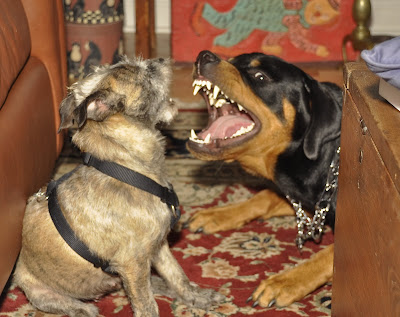 He's got that camera again, I'll keep an eye on him 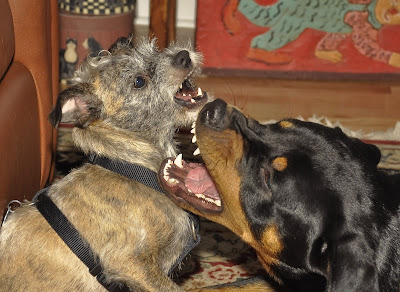 Daisy has teeth too 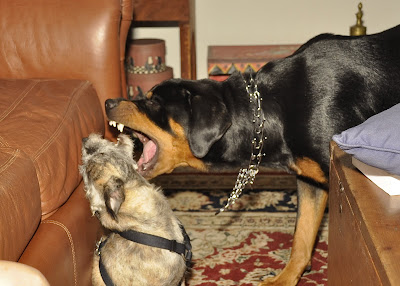 Looks like the end of Daisy's head -- or is she checking Roxie's tonsils?
Posted by Bagman and Butler at 9:22 PM