Or How I Discovered That I Do Have a Favorite Color After All...!

Thank you, Doreen, for the this challenge!  I'm sorry. but I will admit that my first thought was to skip it because I used to believe that the idea of a favorite color was silly.  Why pick one at the expense of others?

Then Bagman suggested "flesh tones."   That seemed to have some merit since it had life and passion and diversity -- 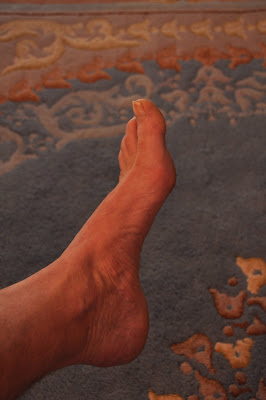 But after awhile I rejected it, because, to do it justice, I would need to shoot a bunch of nudes. While that appealed to Bagman, it wasn't going to happen in my lifetime.  And besides, the more I thought about colors, the more I began to think that what I really like about color is the juxaposition of contrasts -- how different colors play against each other.  Maybe I don't have a favorite color but I might have a favortite combination of colors. 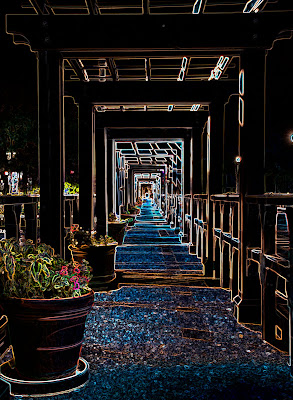 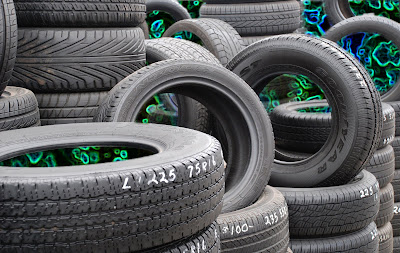 By now I was into the game. I was opening up archive file folders in the Adobe Bridge Program that I use to sort pictures. I'd look at large numbers of tiny thumbnails to see if a pattern stood out -- if I liked warm colors or cool colors based on visual data.   (The only thing that popped out was that when I opened the file folder "Nature" is appeared there was a great deal of green in it.  Duh. 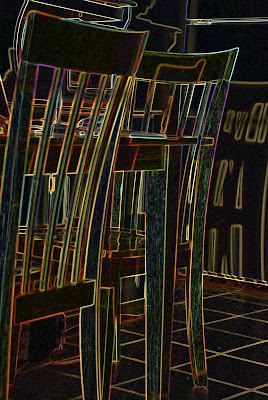 For some reason, I began looking more carefully at file folders markerd: "Abstract" and "Images for future use as shapes and colors" and "Manipulations." 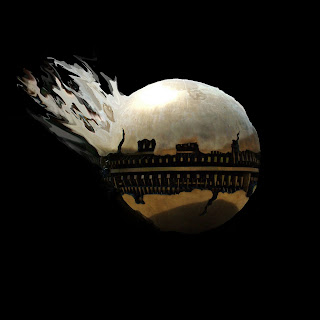 I seemed to like any kind of color superimposed over black.  By now, this had almost nothing to do with the "My Town" aspect of the Friday Shootout.  But I was having a lot of fun. 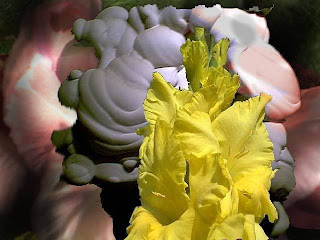 Almost all of these came from files I hardly ever look at.  File folders named "Fodder for Future"
and "The Dustbin." 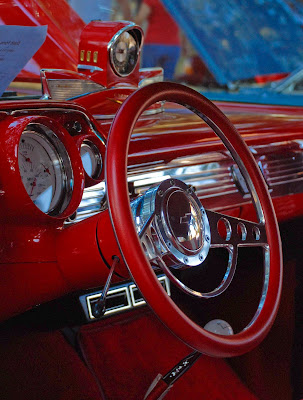 Thanks a lot,  Doreen!   You've got me into Spring Cleaning.  I may not be doing a Hometown Shootout but now I'm moving photos back and forth in computer files and deleting some and finding others I like.  By now, I've got so many thumbnails on the screen and trying to set up a complete re-organization system and I still don't know if I have a favorite color... 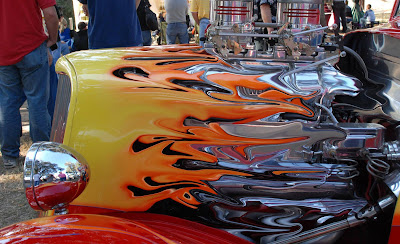 By now, half the time I forget why I am even doing this in the first place.  Then I remember the Friday blog and throw in whatever picture I happen to be looking at the time. 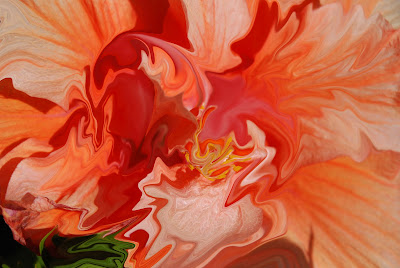 I'm lost in cleaning my visual attack and trying to find my favorite color and picking shots to post at random. 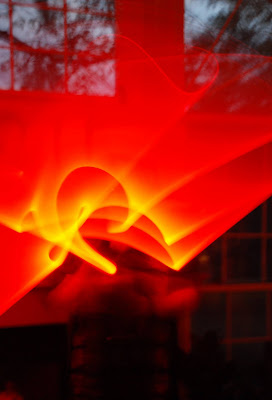 When it slowly begins to dawn on me...

...that besides making a silly visual "dawn" pun... 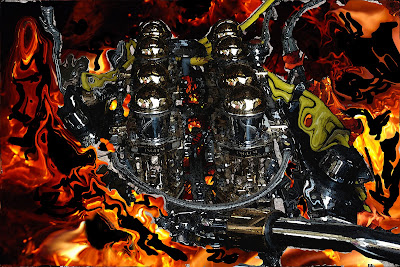 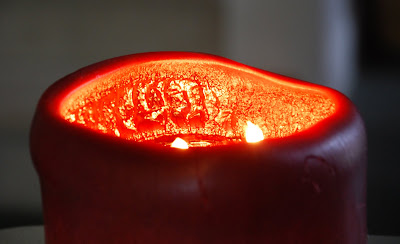 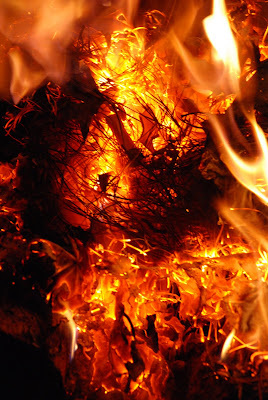 I realized, thanks to Doreen, that I have a favorite color!  "Fire!"  I yelled.  "Fire, Fire, Fire!!"
Whereupon Bagman and Butler burst in with fire extinguishers and seltzer water bottles and began spraying me while I tried to sputter, "No...I mean I like the red colors in fire!"
Finally they ceased their fun and Butler looked at all the thumbnail pictures and the ones I had picked almost at random.  He thought a minute, then spoke slowly.
BUTLER (speaking slowly after thinking in minute):  "But you haven't yet opened the folder marked 'water pictures'?" 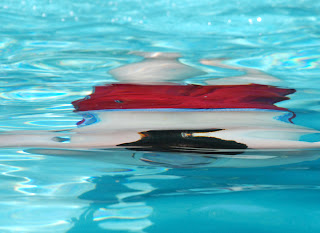 I clicked it open and saw that almost every water picture contained the color blue.  I began to get very confused and frustrated.  Because, by now, instead of making fun of the idea of a having favorite color, I desperately wanted one!  So I decided to quit and hit the post button and keep it simple.
Posted by Bagman and Butler at 5:17 AM